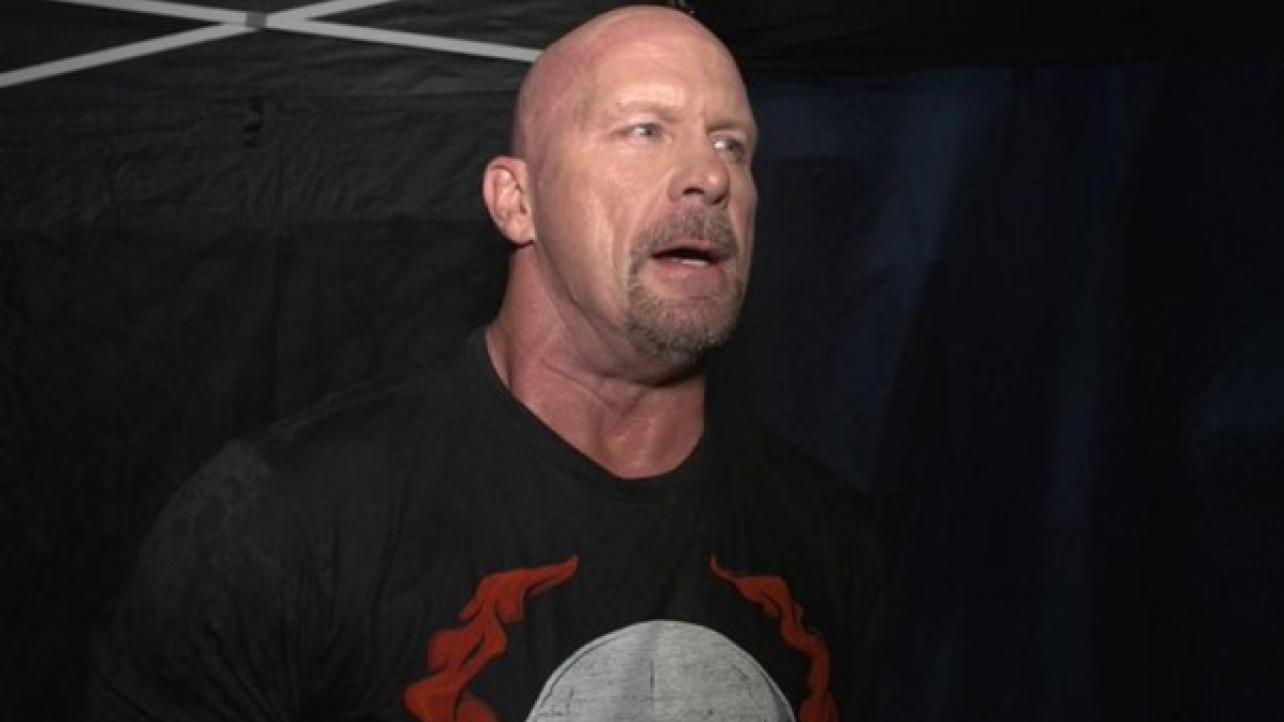 “Stone Cold” Steve Austin knows how to throw one hell of a party.

As noted, WWE kept the “Beer Bash Party” going inside Amalie Arena in Tampa, Florida after the cameras stopped rolling for the USA Network broadcast of the RAW Reunion special on Monday night.

For those who missed it, check out the complete video of the post-RAW Reunion “Beer Bash Party” hosted by Steve Austin, which saw “The Texas Rattlesnake” bring the entire WWE roster — including the past legends and WWE Hall Of Famers — into the ring for some post-show fun exclusively for the fans in attendance.

Austin spoke with WWE.com backstage at Amalie Arena almost immediately after the show finally came to an end, with the roster exiting the squared-circle and making their way to the back.

During the interview, Austin teased that the WWE Universe has not seen the last of him. He said he hopes WWE makes the RAW Reunion special an annual tradition, noting he would happily show up every year.

Check out the complete video interview below.

He isn’t a sentimental guy, but @steveaustinBSR loved being out in the ring with his brothers and sisters to close out #RawReunion! #Raw pic.twitter.com/8SeZh2Bkxm