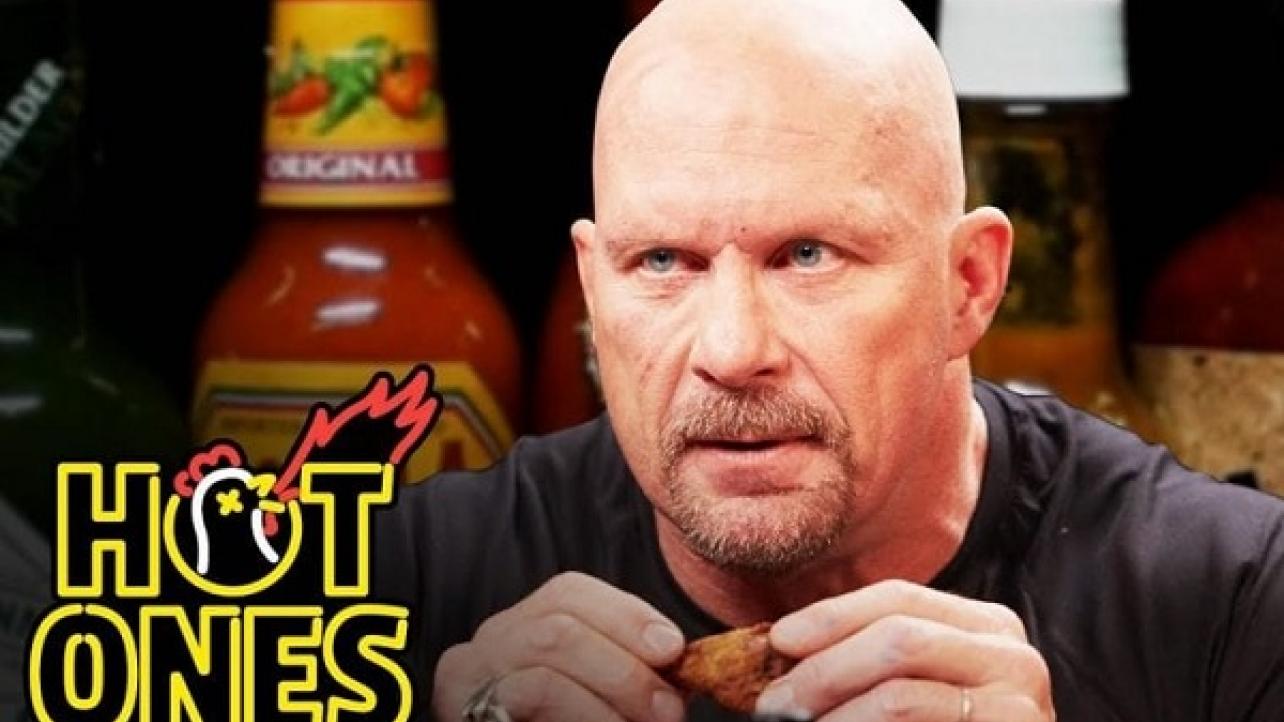 “Stone Cold” Steve Austin appeared as a guest this week on First We Feast’s “Hot Ones” series.

The WWE Hall Of Famer has been making the media rounds as of late, including a live Skype appearance on this past Monday night’s episode of WWE RAW, to promote his new weekly series on the USA Network, “Straight Up Steve Austin.”

The show premied this past Monday night immediately after the post-SummerSlam edition of WWE RAW.

The entire 30-minute episode of “Stone Cold” Steve Austin on First We Feast’s “Hot Ones” is now available to watch on the official YouTube channel for the program.

The video, which was just released today and is already over one-million views, is titled, “Stone Cold Steve Austin Puts the Stunner on Spicy Wings | Hot Ones,” and is currently #4 ON TRENDING for YouTube videos for Thursday, August 15th.

“Stone Cold Steve Austin is a six-time WWF World Heavyweight Champion and WWE Hall of Famer. You can catch him on the award-winning podcast The Steve Austin Show. And, he’s also got a new TV show, Straight Up Steve Austin, airing Mondays at 11/10c after Monday Night RAW on the USA Network. But how is he with spicy food? Find out as the Texas Rattlesnake body slams wings and discusses his iconic wrestling career, gives props to The Rock’s mic skills, and tells war stories from his years on the road. Thank you for another amazing season, spice lords!”

Check out the complete 30-plus minute episode of First We Feast’s “Hot Ones” featuring WWE Hall Of Famer “Stone Cold” Steve Austin below.