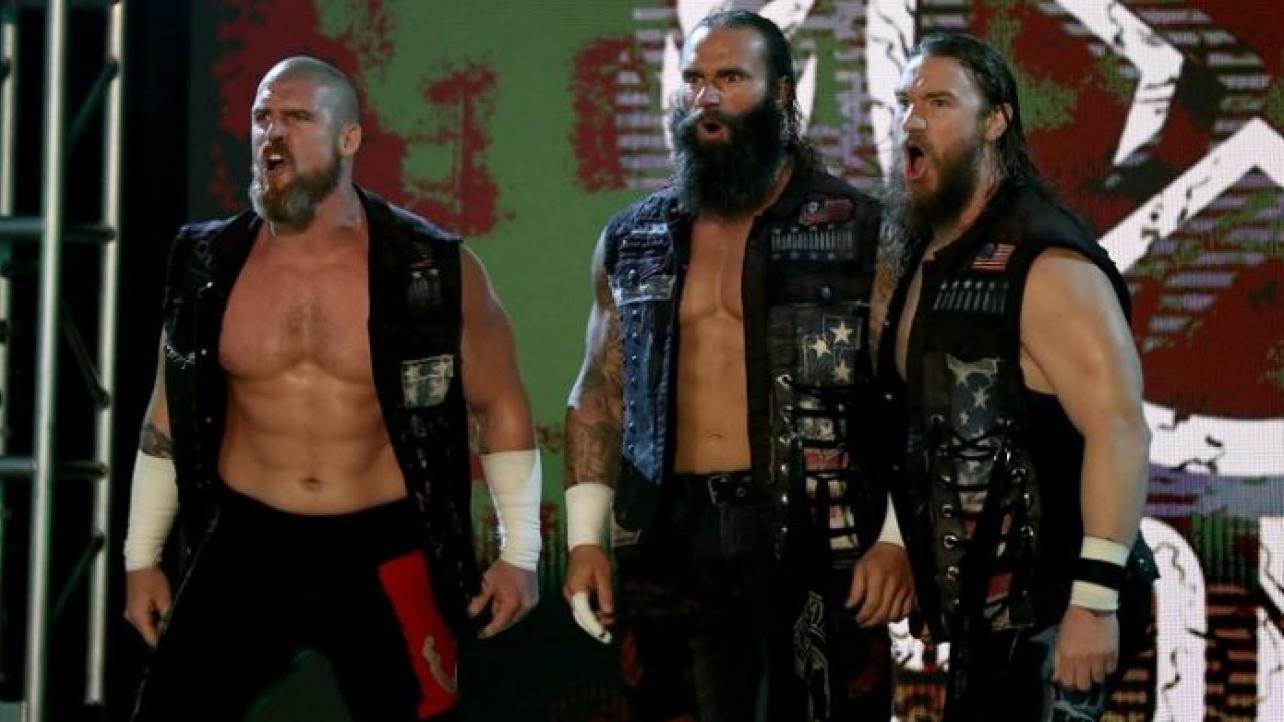 While discussing the way the trio of Cutler, Wesley Blake, and Jaxson Ryker came together, Maclin told listeners:

“We pitched the idea of us being called POS, Prisoners of the System. They said, ‘We can’t do that because it kinda shits on NXT.’ ‘Yeah, but people will connect with it because they get it.’ I think people know now that there is so much talent in NXT that is just sitting there and waiting, and that’s the story we were trying to get out. For a crowd to chant ‘POS,’ it’s great, and we were playing onto it with Prisoners of the System. Of course, a few months later after we pitched that name, ‘Shock the system’ came out. That kind of happened and then we’re on the cusp of being put on TV…here come the Vikings Raiders. We heard they were getting signed, so we go down the pecking order. We have no animosity towards them because we know how the business works. We talked to Hunter and were like, ‘what do we need to do to get to that level of what you want to get involved with us?’ He’s just like, ‘Keep doing what you’re doing, we love what you’re doing.’ That’s when Shawn came in and started seeing our work. ‘You guys have something, it’s just getting that push and that right story.’ It was Steve Corino, on a live event, where they put Ryker with us and it was fun. We come back and Corino is like, ‘I think there is something there.’ One week later, we’re at TV and they’re like, ‘We’re going with you three as the Forgotten Sons’.”

The Forgotten Sons received the call to join WWE’s main roster in April 2020, where the group came to an abrupt end, after Twitter post’s from Jaxson Ryker went south. Maclin recieved his release in February 2021, and recenlty became a part of the IMPACT Wrestling roster.