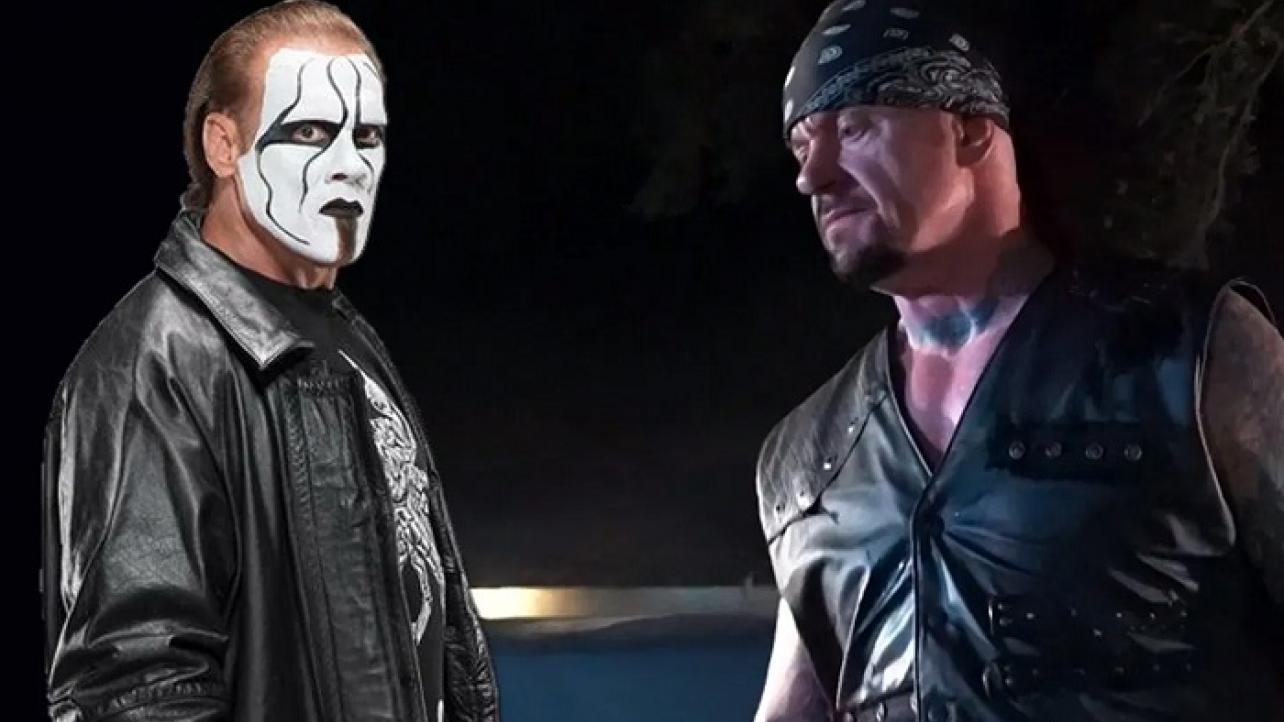 Pro wrestling legend Sting continues to make the media rounds to promote his return to the ring for his tag-team match alongside Darby Allin against the team of Scorpio Sky and Ethan Page at this Sunday night’s AEW Double Or Nothing 2021 pay-per-view.

In a recent interview with Sports Illustrated, “The Icon” spoke about the long-hoped-for “Dream Match” never materializing with The Undertaker that pro wrestling fans have been clamoring for dating way back to the active days of the Monday Night Wars between WWE and WCW during the late 1990s and early 2000s.

According to the WWE Hall Of Fame legend and current active member of the talent roster at All Elite Wrestling, the bout with “The Deadman” never coming to fruition when he joined WWE back in 2014 and on throughout his entire stint with the company was among the reasons he ultimately made the decision to part ways with WWE in favor of signing a deal with the aforementioned AEW.

Featured below is an excerpt from the new SI interview with Sting where “The Icon” talks about the “Dream Match” with “The Phenom” never materializing being one of the reasons why he jumped-ship from WWE to AEW.

“I wanted that [dream match with The Undertaker] to happen. I was very clear publicly, and I was very clear with WWE, as well. I wanted my last hurrah against ‘Taker. For whatever reason, it just never materialized. To this day, I don’t know why. Maybe ‘Taker never wanted to work with me. I have no idea.

“I mean, I’ve had good conversations with Taker and we’ve always got along. I don’t know why the match never happened, but it should have happened. Because it wasn’t going to happen, and I knew it, and that wasn’t the only reason why I left WWE, but it’s one of the reasons why I left. I wanted that one last match.”

Check out the complete interview with “The Icon” Sting by visiting SI.com, and make sure to join us here at eWrestling.com on Sunday night, May 30, 2021, for live AEW Double Or Nothing results coverage from Daily’s Place amphitheater in Jacksonville, Florida.