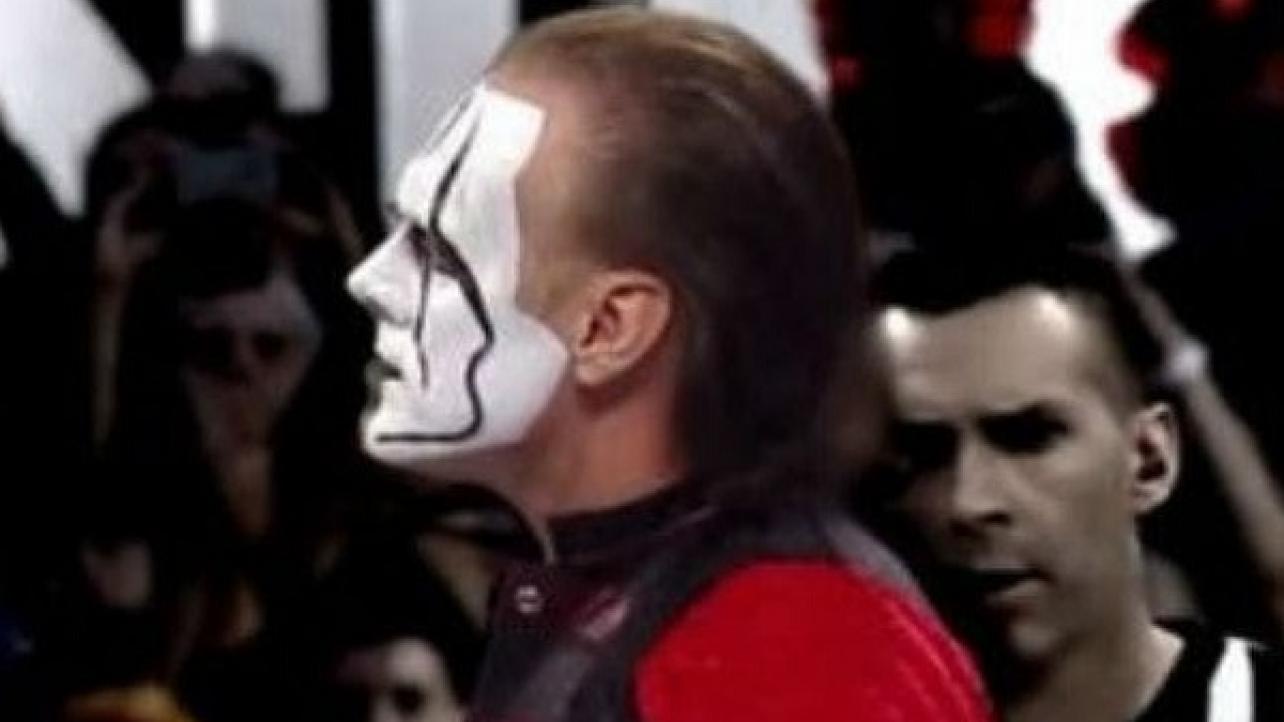 Sting On Ideas Planned For Undertaker Rivalry In WWE, How It Almost Happened

As noted, WWE Hall Of Famer Sting recently appeared as a guest on The Apter Chat. Part two of the interview was recently released and featured below are some of the highlights.

On his dream match against The Undertaker being a real possibility until he went down with an injury at WWE Night Of Champions: “It’s a dream match for sure for [pro] wrestling fans all over the world and it was a dream match for me too. I’ve never heard The Undertaker reciprocate that once, so I don’t know how he feels about it exactly, but I always wanted to have one match with him. But by the time I got my foot in the door with WWE, even at my first WrestleMania, I had hopes that some [way] or another, I could end up doing [it]. And I wanted it to be my last match, against Undertaker, to go out like that. And I think there was probably potential for it to happen, and then, I got hurt!”

On his deal with WWE at the time being for one-off matches: “I mean, I was just doing one-offs with them. Yep, that’s exactly what it was and I was making it known that I would like to have that last match with Taker. And then, one time in Albany [New York], they had pretty much signed [a match] with Brock [Lesnar] and Taker, so that one was already done. And we just couldn’t, for whatever reason, get it to happen. And I don’t have all the reasons. I just know that it never happened, obviously. And I wanted it to.”

On ideas he had for a match against The Undertaker: “I think that if I could have made it through that last match with Seth, I was really going to push hard to see if I could get that WrestleMania [program] with Taker. I had so many ideas that developed over a couple of decades based on his character and my character and some of the ideas I had in my head. Someday, someone’s going to do some pretty cool stuff like that with characters that are similar, and it all has to do with sleight of hand, and special effects, and holograms… Oh man, I had some ideas that would’ve rocked everybody. I mean, it would have matched his character and mine. And I believe it would leave people with their jaws open. They would’ve been very, very entertained.”

On the injury he suffered during his match with Seth Rollins at WWE Night Of Champions being his own fault: “It was just a freak accident and I’m telling you, Seth, it is not his fault. I mean, not even the slightest percentage of anything. I mean, it was without question, it was me. And to this day, I cannot figure out what the heck I was thinking. My neck, I mean, I whiplashed pretty bad twice in a row. And it was the first one that caused a shock to go down both arms, left and right, all the way down to my fingertips, where it felt like my fingertips were stung by bees. And then, the second one, I got up to my feet, and we were trying to continue the match, and my legs started to feel like rubber bands, and I realized, ‘I don’t have control over my legs! I’m afraid if I start running the ropes right now, I’m going to blow my knee out, break a bone, tear everything up.’ I mean, I didn’t have any control, so I went down to all fours and tried to figure out what the heck was going on. But it wasn’t his fault. He did nothing! End of story.”

Check out part two of Sting’s appearance on The Apter Chat below.

Sting On Ideas Planned For Undertaker Rivalry In WWE, How It Almost Happened