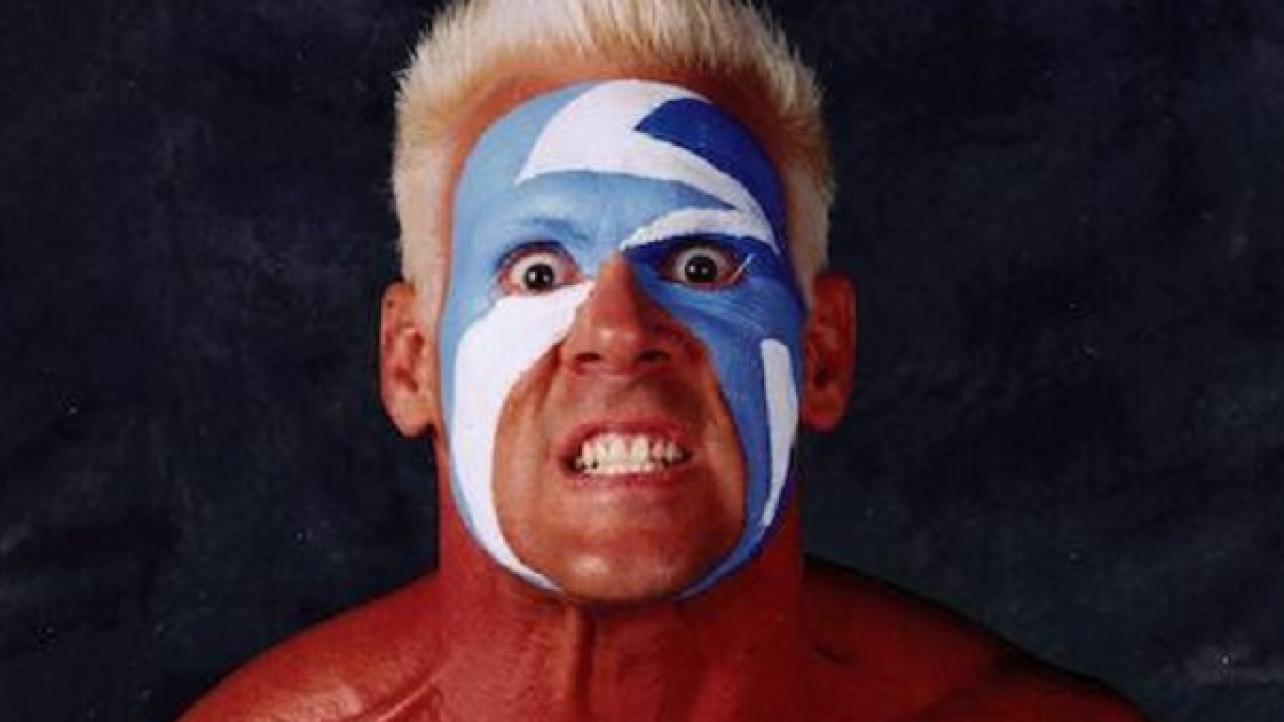 Sting Reveals Who Came Up With Pre-Crow, Colorful Face-Paint Idea For His Look

WWE Hall Of Famer Sting recently appeared as a guest on The Apter Chat for an in-depth interview. During the discussion, “The Stinger” revealed who initially came up with his face paint design.

On why he stayed with the Crow version of his Sting character instead of going back to the colorful look later in his career, particularly when he went to WWE: “The Crow character by the time it came alive and hit the scene and evolved to what it turned into, it would’ve never made sense to go back to the blonde flat-top haircut. Even if I wanted to, there’s not enough hair on my head to do that anymore. So I just couldn’t pull it off. But let me tell you something, if I thought I could pull it off, I would’ve attempted it in these later years. Because so many people talked about it and they’re so nostalgic about it. And WrestleMania 31 is a big example of that with DX and nWo and people just freaked out over that.”

On who came up with the idea for his pre-Crow look: “They put Ric (Flair) with Ricky Morton, and Ricky gets hurt. So Dusty [Rhodes] says, ‘Stinger baby, I want to put some color on your face, color on your tights and color on your boots. And I want to put you with Ric.’ So we did a little story line with JJ Dillion and the Four Horseman and Ric Flair in Raleigh, North Carolina for a TV taping. It was no real heat angle, we just kind of did our thing and it took off. So Dusty is the real reason why the color started to begin with.”

Check out the complete Sting interview at TheApterChat.com.

Sting Reveals Who Came Up With Pre-Crow, Colorful Face-Paint Idea For His Look