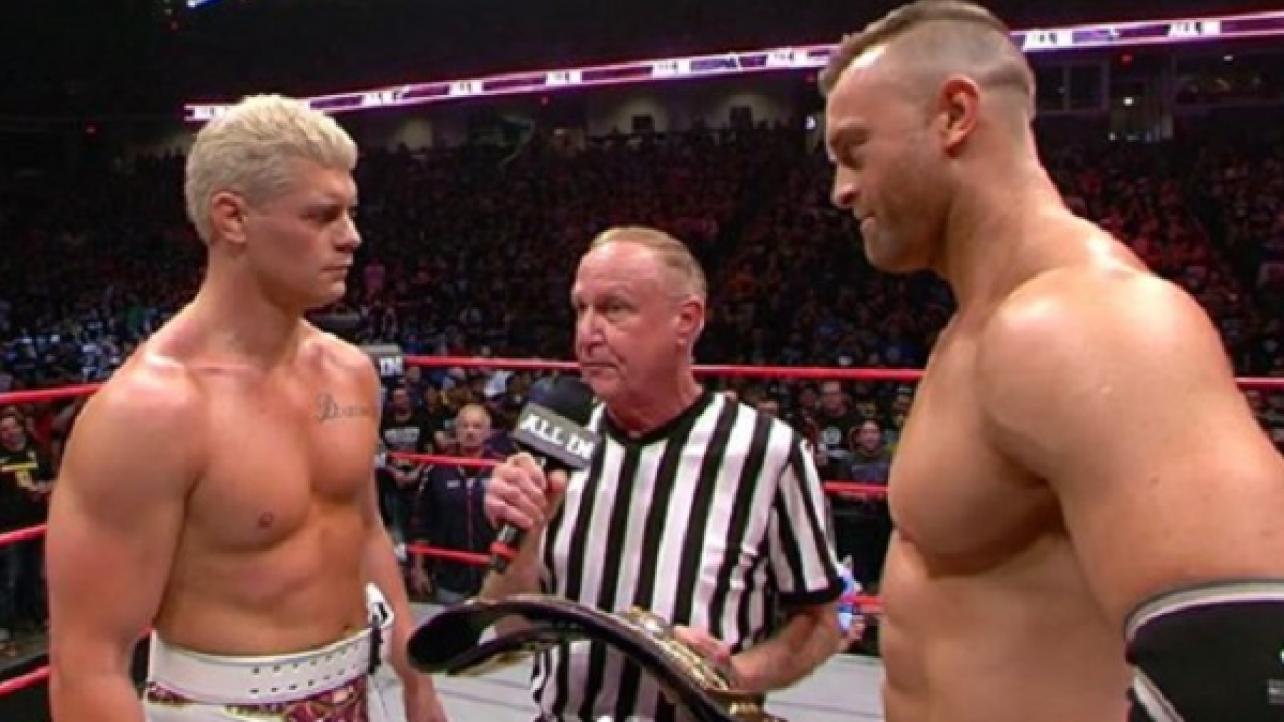 It was announced during the ROH: Death Before Dishonor pay-per-view on Friday night that the Cody-Aldis 2 bout will now be a best two-out-of-three falls match.

The NWA 70th Anniversary show, which features the Cody-Aldis 2 rematch from ALL IN, goes down live at the Nashville Fairgrounds in Nashville, Tennessee on October 21st. Tony Schiavone and Jim Cornette have both been confirmed as announcers for the match.