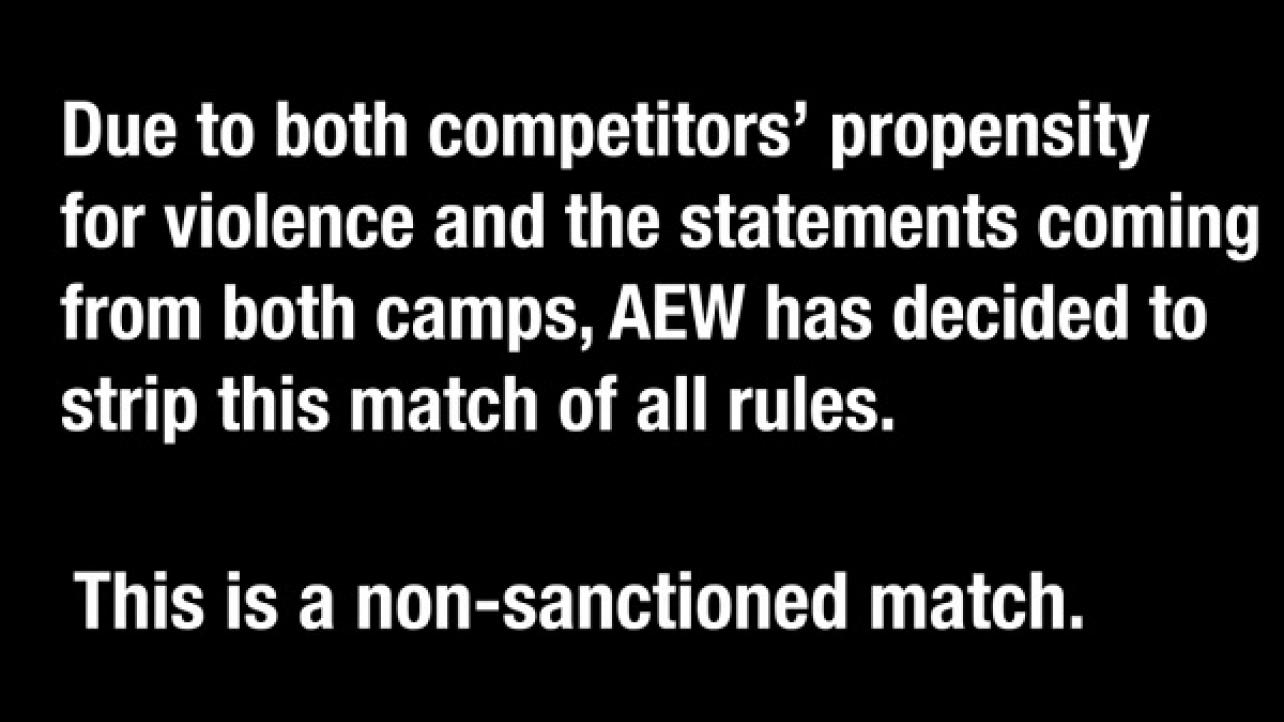 AEW has announced a new stipulation for the promotional in-ring debut of Jon Moxley against Joey Janela at this Saturday’s AEW Fyter Fest special on B/R Live.

AEW released a video to announce that the showdown between IWGP United States Champion Moxley and Janela at AEW Fyter Fest will now be a “non-sanctioned” contest, and has been stripped of all traditional rules for wrestling matches.

“Due to both competitors’ propensity for violence and the statements coming from both camps, AEW has decided to strip this match of all rules. This is a non-sanctioned match.”

The Moxley-Janela rivalry was set-up during a backstage confrontation following Moxley’s debut at AEW Double or Nothing last month in Las Vegas, Nevada.

Check out the promo package highlighting the “Non-Sanctioned” bout between Jon Moxley and Joey Janela below, and make sure to join us here at eWrestling.com on Saturday night for live AEW Fyter Fest results coverage!