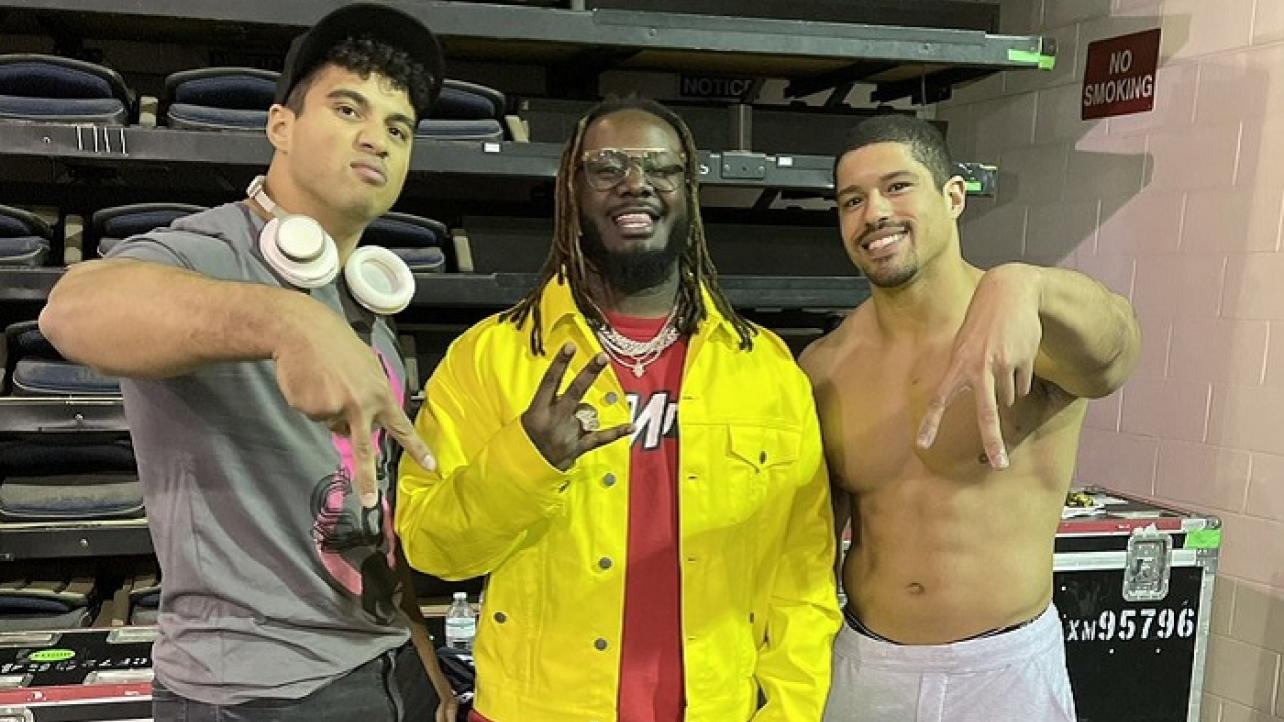 For those who missed it, a hip-hop star was in the front row of this week’s edition of AEW Dynamite.

T-Pain was featured in a cameo appearance in the crowd inside the Gas South Arena in Duluth, Georgia on Wednesday night, appearing on the TNT broadcast during the Atlanta Street Fight main event between Cody Rhodes and Andrade El Idolo.

During a portion of the Rhodes-El Idolo bout that saw some action on the floor at ringside, “The American Nightmare” gained the upper-hand long enough to acknowledge T-Pain sitting in the crowd, even stopping to walk over and hug the hip-hop artist.

AEW released video footage of the aforementioned cameo appearance by T-Pain, sharing a clip of Cody Rhodes showing some love to the music artist on their official Twitter feed.

Cody Rhodes getting a chair from @TPain is a thing that just happened and not a Mad Lib #AEWDynamite pic.twitter.com/lwQ43OgORp

The night didn’t end for T-Pain there, however, as several AEW stars would go on to post photos that they took with him behind-the-scenes at Dynamite at the Gas South Arena in Duluth, GA. on Wednesday night on their respective Twitter pages.

Featured below are some of the tweets, which include The Acclaimed (Anthony Bowens & Max Caster), Lio Rush, Fuego Del Sol and Tay Conti showing off photos taken with T-Pain backstage at this week’s AEW on TNT program.

Been a fan of @TPAIN his whole career so it was so dope to meet and talk with him a bit tonight! pic.twitter.com/GSpnCmCSE0

I get to meet so many cool people, I love my job! pic.twitter.com/DrJO8UIFkG