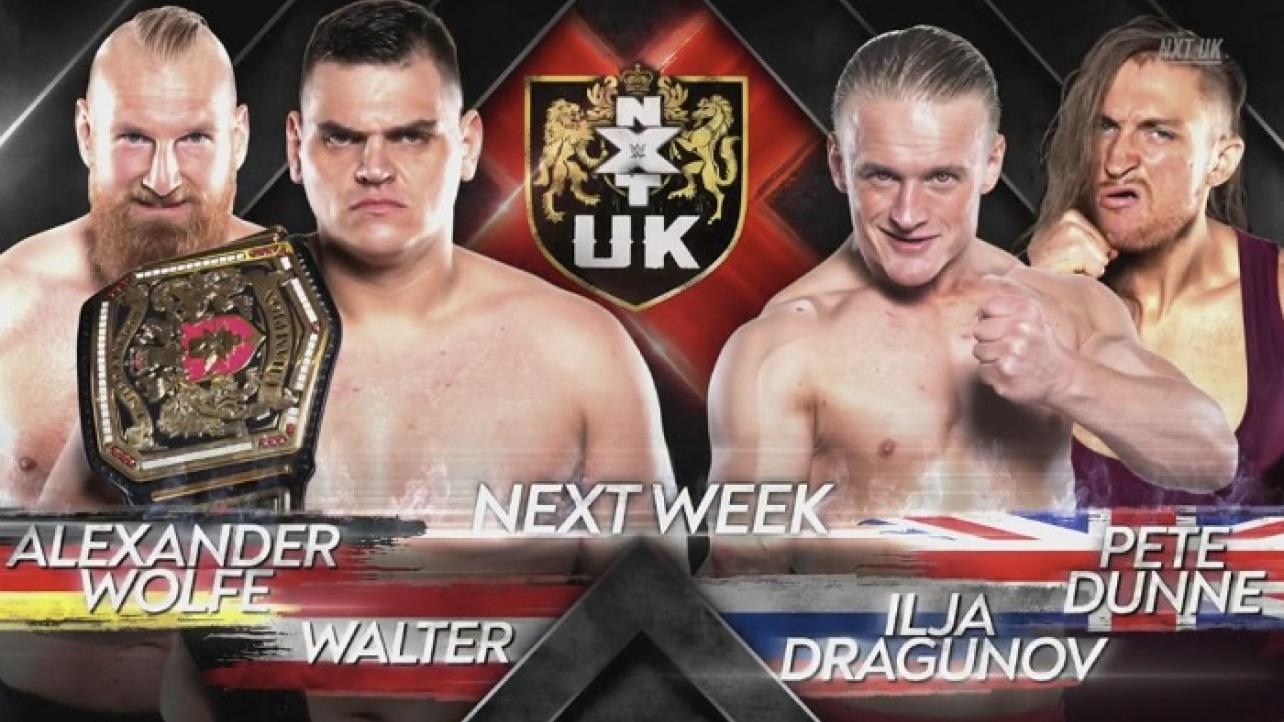 A pair of matches have been announced for next week’s episode of NXT UK.

During this week’s NXT UK show on the WWE Network, it was announced that next week’s episode will feature an opening round match in the NXT UK Heritage Cup Championship, as well as a featured tag-team bout.

For the NXT UK Heritage Cup Championship, Dave Mastiff vs. Joseph Conners will square off in an opening round tournament bout.

Meanwhile, the announced tag-team main event for next week’s edition of NXT UK is WALTER and Alexander Wolfe vs. Pete Dunne and Ilja Dragunov.

Check out the official announcement from the NXT UK Twitter feed below, and tune into the WWE Network next Thursday, October 15, 2020 at 3pm ET / 8pm BST for the latest installment off NXT UK.