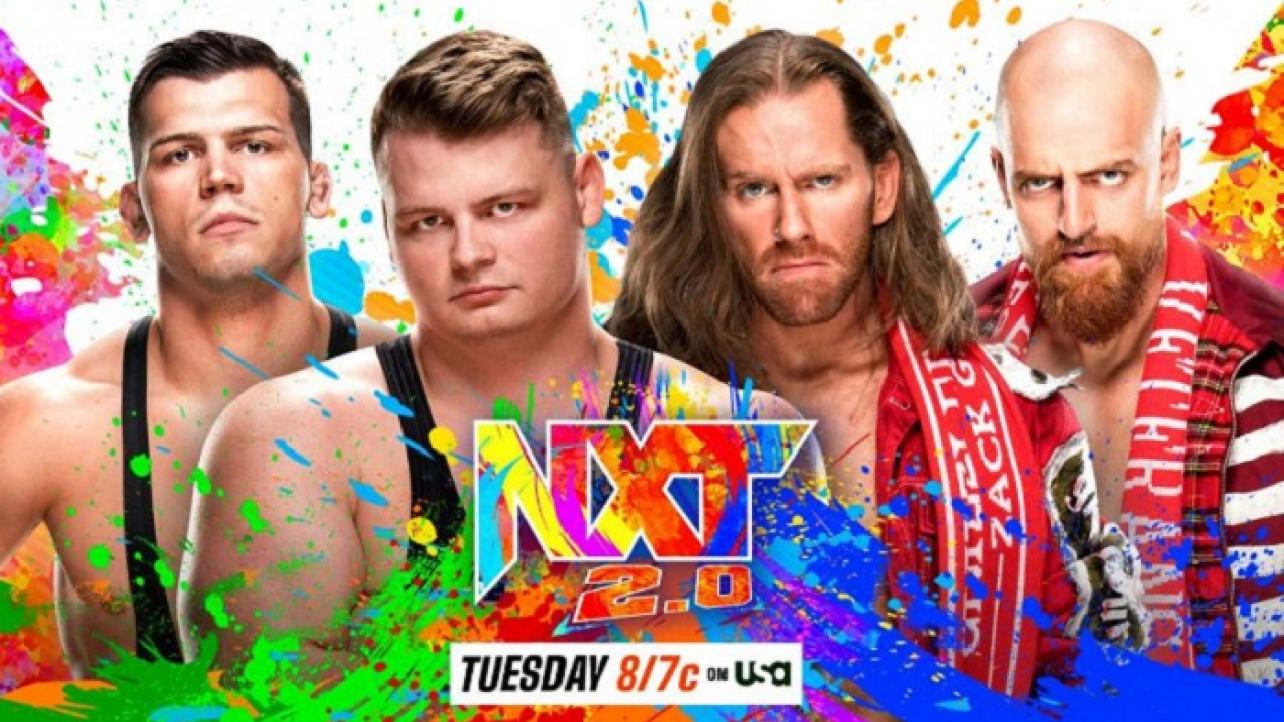 WWE has announced a new match for this coming Tuesday night’s edition of NXT 2.0.

On their official website and various social media channels, WWE announced the addition of a tag-team match for this coming week’s show on the USA Network.

The Creed Brothers were not too happy about being collateral damage in The Grizzled Young Veterans dispute with Josh Briggs & Brooks Jensen.

GYV’s attempt to thwart Briggs & Jensen backfired and ended up giving The Creed Brothers a rare loss since making their debut in NXT. Julius & Brutus Creed returned the favor by making an appearance at ringside to distract Zack Gibson & James Drake in their loss to Jacket Time.

Can GYV scheme their way to a victory against the punishing Creed Brothers? Tune in Tuesday night to find out as the two teams collide on NXT 2.0 at 8/7 C on USA.

Make sure to join us here at eWrestling.com on Tuesday night for live NXT 2.0 results coverage.