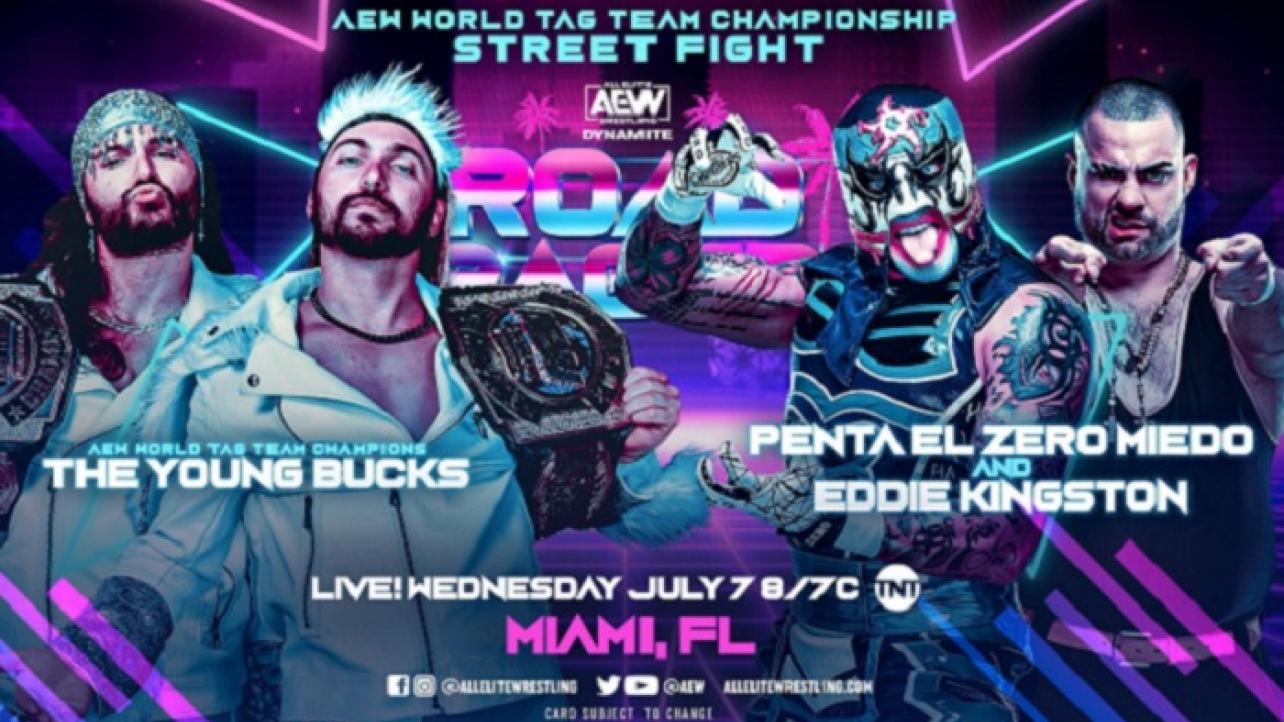 Tony Khan has upped the ante for the AEW World Tag-Team Championship match at next week’s Road Rager special event.

On Friday evening, the AEW President announced that the scheduled title tilt between The Young Bucks and the team of Eddie Kingston and Penta El Zero Miedo will now be a Street Fight for the AEW World Tag-Team Championships.

The match will serve as one of the featured attraction bouts at next week’s AEW Dynamite: Road Rager show, which is scheduled to emanate from the James L. Knight Center in Miami, Florida, airing live on TNT on Wednesday, July 7, 2021 at 8/7c.

Featured below is the complete advertised lineup for next Wednesday night’s special event:

Make sure to join us here at eWrestling.com on Wednesday, July 7, 2021 for live AEW Dynamite: Road Rager results coverage from Miami, FL.

AEW GM @TonyKhan has just declared that the World Tag Team Title match at #RoadRager THIS Wednesday in Miami will be a STREET FIGHT! It promises to be an epic title fight Wednesday on #AEWDynamite @PENTAELZEROM+@MadKing1981 vs. @youngbucks at 8/7c on TNT! https://t.co/UN1cNj1kQq pic.twitter.com/3jgCGHvlI9