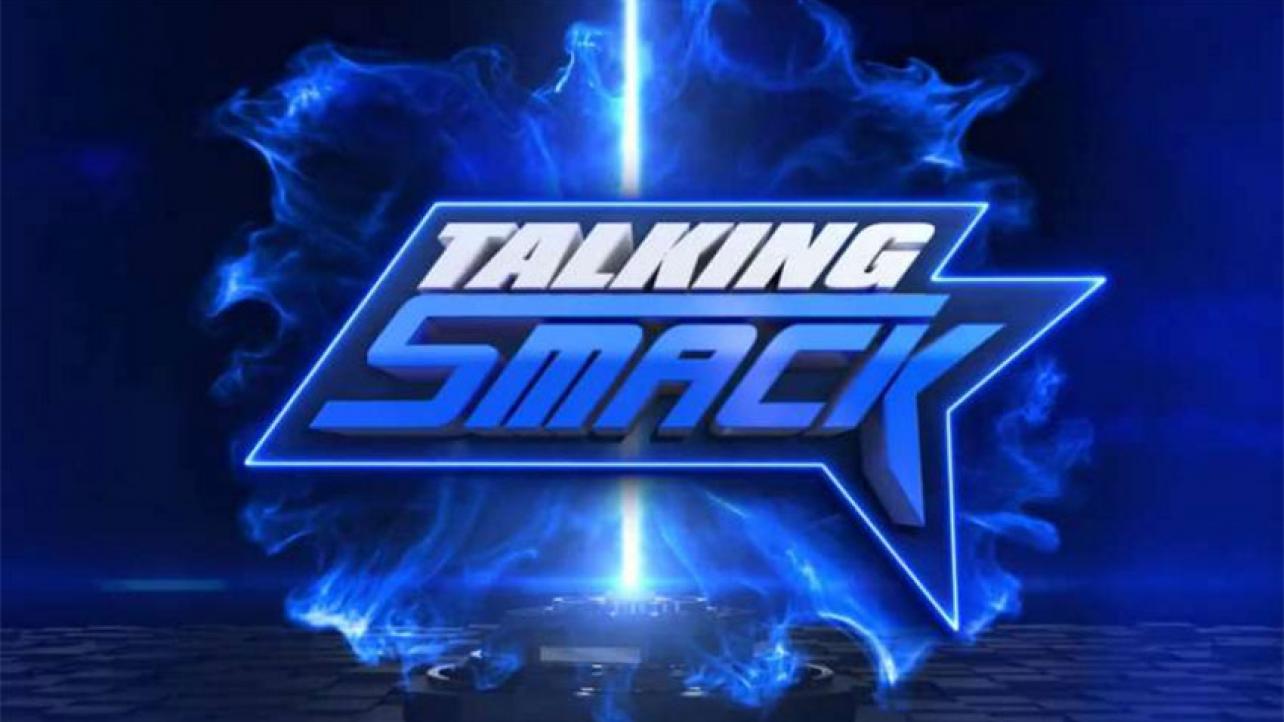 Hello again wrestling fans, and welcome back to the Talking Smack Recap! After Friday Night Smackdown came to an end, WWE taped another episode of Talking Smack, which is hosted by Kayla Braxton, and her co-host, Paul Heyman. The guests on today’s championship edition of the show will be Bianca Belair, Apollo Crews, Bobby Roode, and Dolph Ziggler. Now that we’re all caught up on what’s going down, it’s time to talk some smack!

Kayla begins the show by welcoming everyone back to the ThunderDome, and she lets everyone know that this is a special edition of the show. Kayla introduces Paul Heyman, who is in a “fantastic mood”. Kayla runs down the list of guests that will be on the show today, and Heyman starts talking about being “a national treasure”. Heyman randomly brings up superstars in the opening intro who have passed away, and transitions into talking about how good Roman Reigns is. The hosts then proceed to talk over each other, until the first guests arrive.

The Smackdown Tag Team Champions join the hosts, and Heyman shakes each guys hand. Dolph says it’s “been a long night”, and he runs down the Street Profits. Dolph tells the Street Profits to “take your ass to the back of the line”, and they walk away.

⁃ The show heads to an ad break when they walk away, and a commercial for Wrestlemania 38 is aired.
⁃ Talking Smack returns from the break, and Bianca Belair is already with the hosts.

The Smackdown Women’s Champion makes her way to the desk, and Kayla says “you have the gold that you deserve”. Kayla wonders if it has set in for her yet, and Bianca recaps her entire last week. Belair says “it still feels so unreal, but I know it’s real”. Kayla follows up by asking how Bianca will elevate the title, and Belair says “I want to be a fighting champion. I want to prove that I am the EST of WWE. I never want to stop proving myself”. Kayla reminds Bianca that a target is on her back, and asks who Bianca may want to face next. Belair references Bayley, and says she wants to pin “all four horsewomen”. Heyman chimes in with “respect and admiration”, and tells Bianca “you have to defeat your own expectations now. It’s on you to carve out your own legacy. This could be a career that could go down in history as the greatest ever”. Heyman continues, and says “imagine what you would do if someone tried to take the title from you. That’s what Sasha is feeling, and that’s what the entire women’s division feels”. Heyman finishes by telling Bianca “this is your time, defy the odds, and beat the expectations”. Paul tells Bianca “it’s an honor to sit next to you”, and Kayla sends the show to a break.

⁃ When the show returns from the break, Apollo Crews makes his way to the table.

The reigning Intercontinental Champion, and his new assistant Commander Azeez, arrive on set, where Kayla asks how it is to finally be the champion. Apollo stops her, and shows off his new belt. Crews tells her “what matters is what I have now. We don’t talk about anything that happened before”. Kayla asks for the scoop on Commander Azeez, and Apollo marvels at the size of him. Apollo explains “I hate rules, and I love aggression. That’s why he is here with me”. Kayla wants to know what’s next for Apollo, and he talks about the Nigerian President wanting to meet him. Apollo mentions that he will “take on anybody, and defend the title with my life”. Heyman jumps in, and says Azeez makes him “nervous”. Paul reminds Apollo that “Big E is coming, and he’s a tough man, who has a legit gripe”. Heyman asks Apollo a question, and he wants to know what Crews will do when Big E comes for him. Crews reveals that Heyman gave him the United States Championship a few years ago, and sends a message to Big E. Crews says “you don’t have what it takes to take what I have. Don’t worry about my commander, he is only here to pull me off at you. I took a part of your soul at WrestleMania, and I fully intend on keeping it”. Apollo tells Commander Azeez “fire up the jets”, and they both leave.

⁃ After one last ad break to hype Monday Night Raw, Kayla welcomes the viewers back, and says Paul Heyman will speak on behalf of WWE Universal Champion Roman Reigns.

Heyman looks very happy to talk, and mentions that “every champion should be jealous of Roman Reigns, because he was the main event of WrestleMania for the fifth time”. Paul goes on to say that the moment when Roman pinned both Edge and Daniel Bryan was a moment of dominance. Heyman says “Roman is the end all be all, the sun of which the WWE Universe revolves around. Think about the enormity of the visual of that stacked pin. Look what Roman does to everyone around him”. Heyman says “you’re witnessing something so great that you will tell your grandchildren about this era of dominance”. Heyman boldly claims that Roman will be the main event of next years Wrestlemania, as well as “then, now, and forever, and that’s not just a prediction, that’s a Tribal Chief guaranteed spoiler”. Heyman finishes up his comments, and the show fades to black.

That’s all for this weeks Talking Smack Recap! Thanks for stopping by, and enjoy the rest of your day!