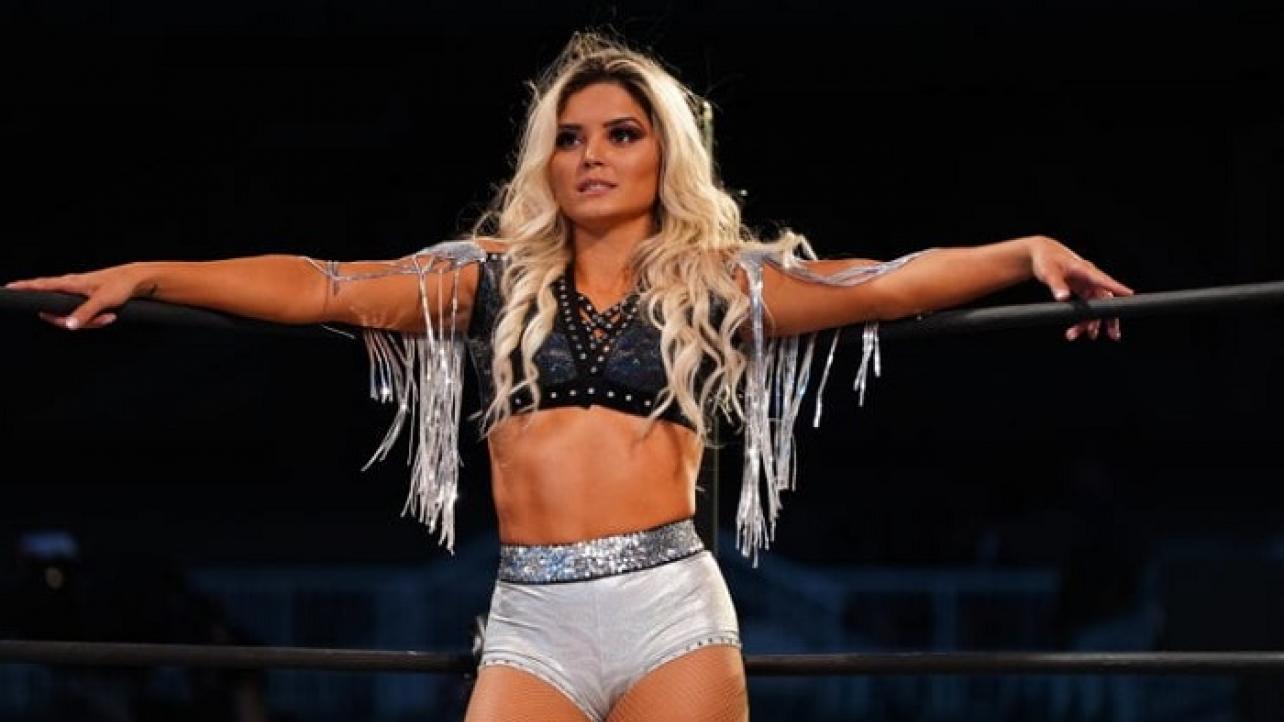 Tay Conti Wants To Go To Japan, Talks Falling In Love With Their Hard-Hitting Wrestling Style

Tay Conti recently appeared as a guest on the Elite POV podcast for an in-depth interview covering all things pro wrestling.

During her appearance on the program, the AEW women’s contender spoke about falling in love with the hard-hitting Japanese style of wrestling, how she would like to go to Japan to work and more.

On how she fell in love with the hard-hitting Japanese style of wrestling: “I remember Kenny (Omega), funny because now I work with him, was one of my favorites to watch. If you watch my matches back in NXT, I do the v-trigger because I was such a fan. I was talking with Raul (Mendoza), he’s one of my best friends, and we had this whole Latin group and they were like, ‘these type of matches are more your style.’ So, they sent it to me. A couple names that I never heard before because I never watched wrestling before and that’s how I started watching it. I was like, ‘Let’s see what I like here’ because I was trying to find my style back in NXT. I cannot do flips, that’s not me. I started watching Japanese matches. Maybe because I do Judo too, I made the whole connection and I fell in love and love Japanese style. It’s my favorite style ever.”

On how she would really like to go to Japan and compete: “I really want to go to Japan, of course. I hope next year I can do it. It’s one of my biggest goals for sure. I want to go there and learn and get hit in the face and hit people in the face. I know I will grow so much and get better for sure. I’m super excited to go there and work and do my best. I know it’s going to be hard because even in Judo with Japanese, the training was insane. We would go to Germany or Portugal and the big training sections with every country, the Japanese was insane. I can’t wait to go there and train wrestling. I know it’s going to be so much fun. It’s my favorite type of wrestling. In AEW, they have people there and I’m like, ‘is it a dream?’”

Tay Conti Wants To Go To Japan, Talks Falling In Love With Their Hard-Hitting Wrestling Style