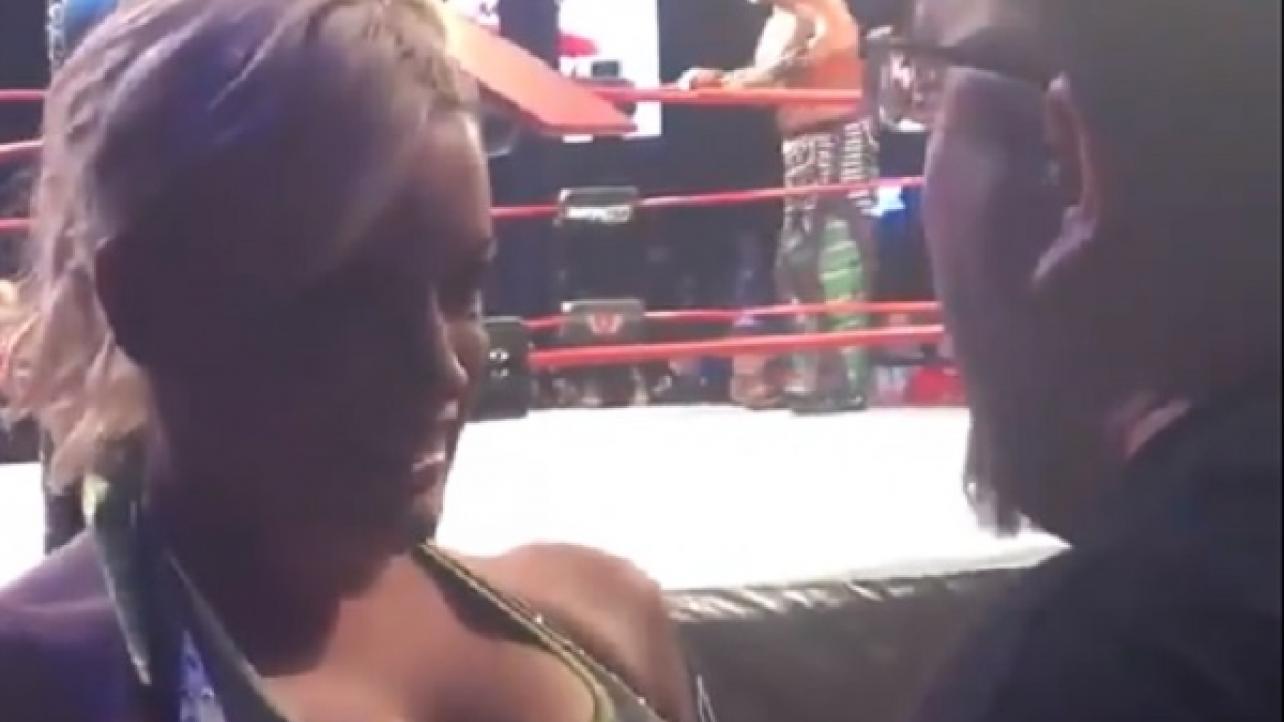 Following last week’s incident between Bully Ray and a fan at the ROH: State of the Art show in Portland, Oregon, which is still being investigated to this day, another fan / wrestler incident took place at Saturday night’s Impact Wrestling / House of Hardcore — A Night You Can’t Mist event at the 2300 Arena in Philadelphia, Pennsylvania.

During the show, Impact Wrestling star Taya Valkyrie got into a verbal altercation with a fan sitting at ringside that saw the fan spit on her. The fan was ultimately ejected from the building and banned from the remainder of the event.

After last weeks ROH incident between talent/fan this is UNACCEPTABLE. No fan should be harassing a talent. No matter who it is or how you feel about them. Go to the show and enjoy. I give props to @TheTayaValkyrie for not slapping him before and after he spat on her. pic.twitter.com/ANCVG1ZZo5

After the show, Valkyrie took to her official Twitter page (@TheTayaValkyrie) to write about what is becoming a growing issue in the pro wrestling business in recent weeks.

Valkyrie would go on to further address the situation in another tweet, claiming she wasn’t the only one who ran into issues with that particular fan at Saturday night’s show.

“Wasn’t just me,” wrote Valkyrie. “He was problematic throughout the entire show.”

Wasn’t just me. He was problematic throughout the entire show. Hope he wakes up tomorrow with a horrible hangover and realizes his mistakes. I’ll say a prayer for you bro …..