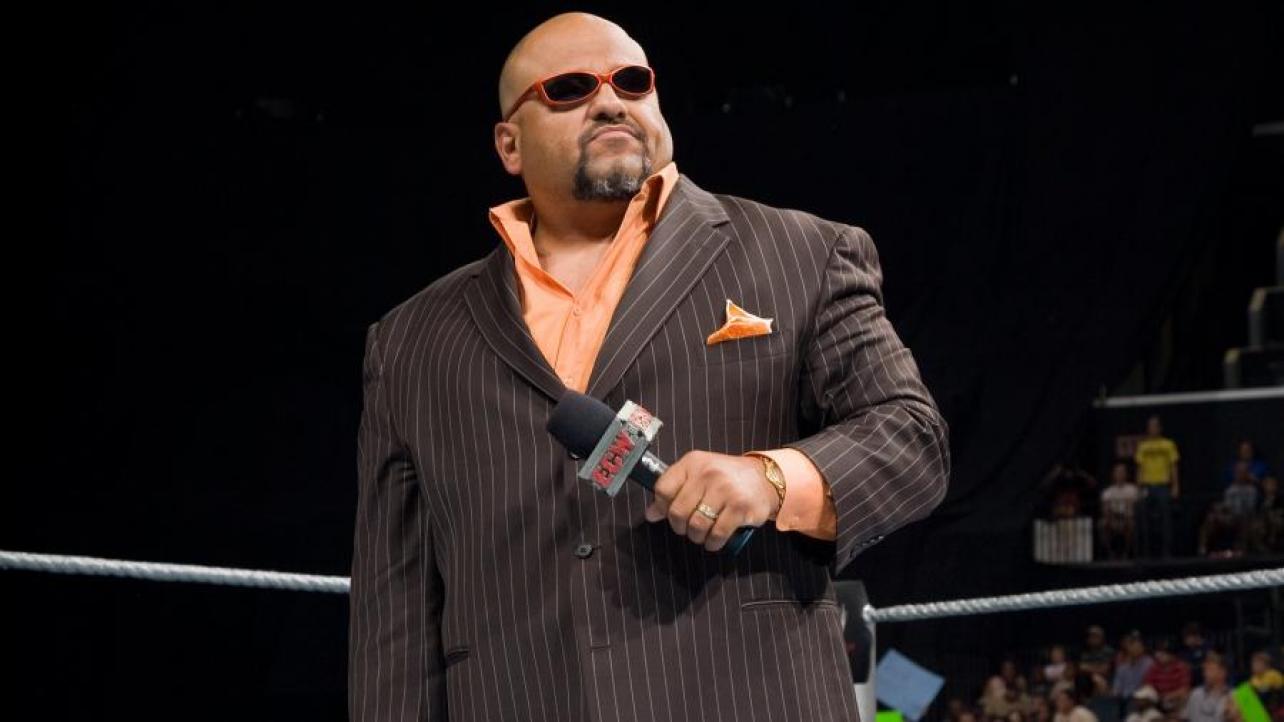 Former ECW Original, WWE Superstar and Impact Wrestling announcer Taz recently joined Chris Jericho as a guest on his Talk Is Jericho podcast. Featured below are some of the highlights from the interview.

On his WWE Royal Rumble debut against Kurt Angle: “It was the greatest moment in my career and my worst. I will explain why it was the worst. When I came out, when I was in Gorilla position, Bruce Prichard was in Gorilla. When Kurt Angle was out there cutting his promo I said to Bruce that I hope they know who I am. I was afraid, because I was from ECW, the ‘small, little bush leagues.’ When they heard the heartbeat of my entrance, the crowd exploded and Bruce Prichard said to me that he thinks they know who I am. When I walked through the curtain and walking slow with a towel on my head, I had an epiphany that I was doomed, because the pop was not built by this place. It hit me walking down the aisle. I am not a spiritual guy, but it just hit me. I’m like, wow. I was still focused on the match.”

On being unaware that his finisher would be deemed an “illegal choke” and how Kurt Angle’s lack of experience threw off the timing of the match: “Kurt Angle wasn’t super polished then. We worked physical, but when I hooked him in the choke and he got choked out, I didn’t notice it until afterwards until I heard the commentary back. Jim Ross and Jerry Lawler were saying that I put him in an illegal choke, but that wasn’t part of the shtick. I got swerved. There was no words told to me or by anybody that it was going to be an illegal choke. Those words never came to my ears until I heard the commentary. When I came through the curtain after that it was like a ghost town. Vince McMahon wasn’t in Gorilla. It was a live Royal Rumble at the Garden, I thought that I had heat. If you go back and watch it, there was a German Suplex that I did to Kurt and he landed on his belly. What happened was when I grabbed Kurt, he popped up and I took him back down. I would always say to guys to let me control them. Kurt Angle, we didn’t know each other that well in the ring. Kurt is aggressive, and I knew the timing was way off. I knew that if I went through that throw he was going to get hurt, I just knew it. I put him back down and then did the throw on my pacing. From what I feel and heard that freaked out the boss and those that were close to him.

“Everyone knows my rep. When I first met with Vince McMahon we had this great meeting in a conference room at a hotel on a Wednesday afternoon because it was a secret since I was the top guy in ECW. It was, me, Vince McMahon and Vince Russo. We talked about money, the deal, that took literally around 10 minutes and then we talked about an hour and a half about everything else. He knew me, and the character. He saw the FTW on my wrist, but he said that he doesn’t know we can do FTW, but that was the only thing. My concern was whether or not I can be me. I don’t want to say Vince McMahon lied to me, but he had a different vision for me once I was there.”

Check out the complete Taz interview from the Talk Is Jericho podcast at YouTube.com.