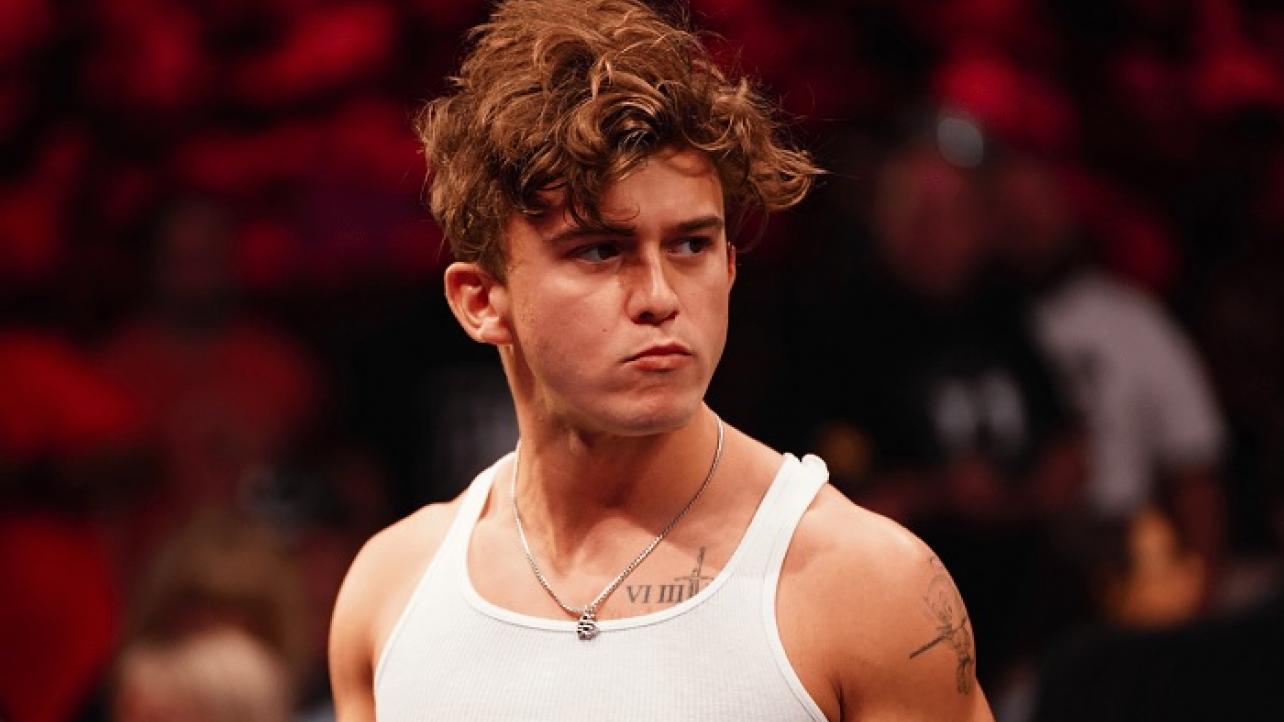 – Taz took to social media on Christmas morning to hype up the sophomore appearance of his son, Team Taz member Hook, on tonight’s special Holiday Bash edition of AEW Rampage on TNT. “Top selling item right there,” he wrote, referencing a photo attached of Hook’s Shop AEW t-shirt. “Tonight, Hook fights!” Check out the tweet below.

– Also surfacing on social media recently is MJF, who checked in on his Twitter page on Christmas Eve on Friday night with a photo of himself at his pool along with a caption taking a dig at CM Punk. “Got sick of CM ducking me like a coward,” wrote The Pinnacle leader. “Decided I needed some me time. #BetterThanYou.” Check out the tweet below.

Got sick of CM ducking me like a coward.