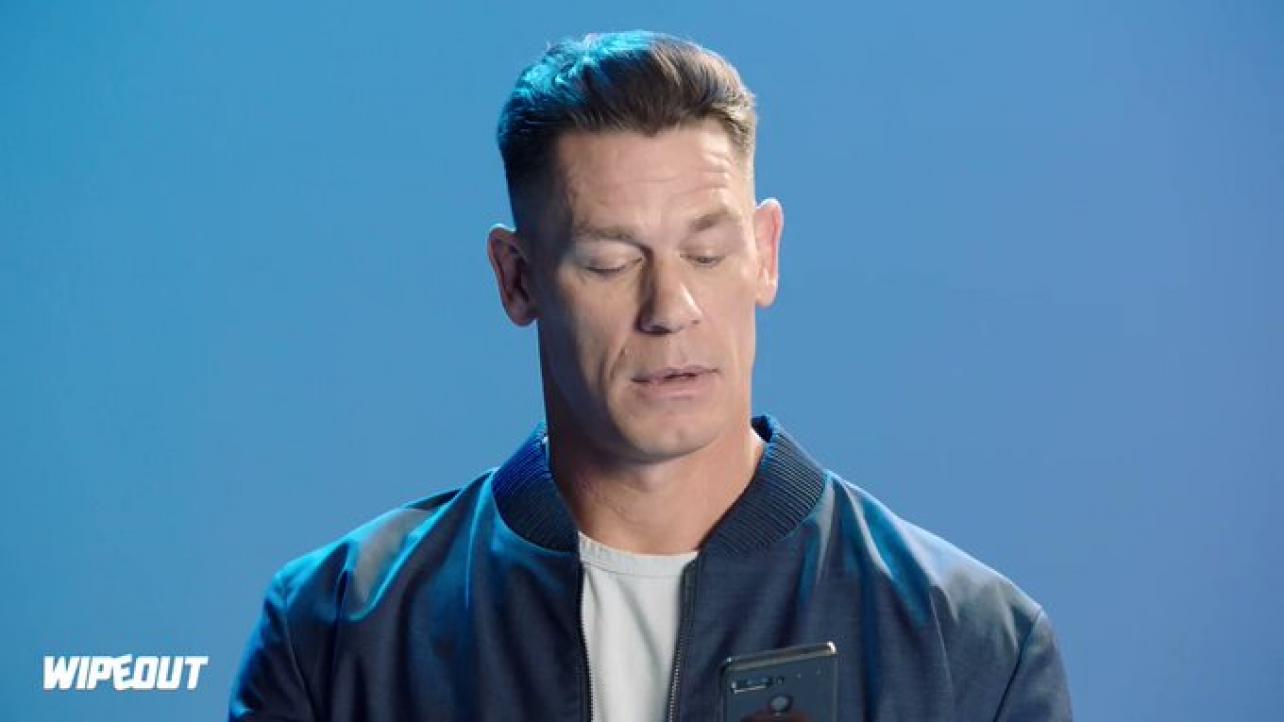 The second season of the TBS show “Wipeout” starring John Cena will be returning in January.

This week, TBS announced that the comedy competition series featuring the WWE legend as one of the hosts and executive producers will be returning with new episodes starting Tuesday evening, January 11, 2022 at 9/8c.

Each game is split into three rounds and features a jaw-dropping, three-stage obstacle course consisting of multiple strategy and decision points designed to test the stamina of the competitors.

This season welcomes teams from a variety of different backgrounds including a father-son duo with an unusual physical attribute, a record-breaking run by two firefighters, a sex therapist who has the hots for one of the hosts, and a divorced couple who team up to win the big prize – and features a few twists along the way from an obstacle course marriage proposal to Camille finding she’s been replaced by a sock puppet on her sick day to a redemption episode featuring some of John and Nicole’s favorite competitors from across the season. Testing the willpower of each contestant pairing, “Wipeout” captures the very best in extreme sports competition all while delivering laughs and more than a few epic fails.

The Big Balls are back! Catch ALL-NEW episodes of Wipeout starting 1/11 on @TBSNetwork! pic.twitter.com/hIVkacHKW4

Don’t be the last to hear the BIG news! New episodes of #Wipeout begin on January 11th on @tbsnetwork! pic.twitter.com/Rsuuj0eKJg