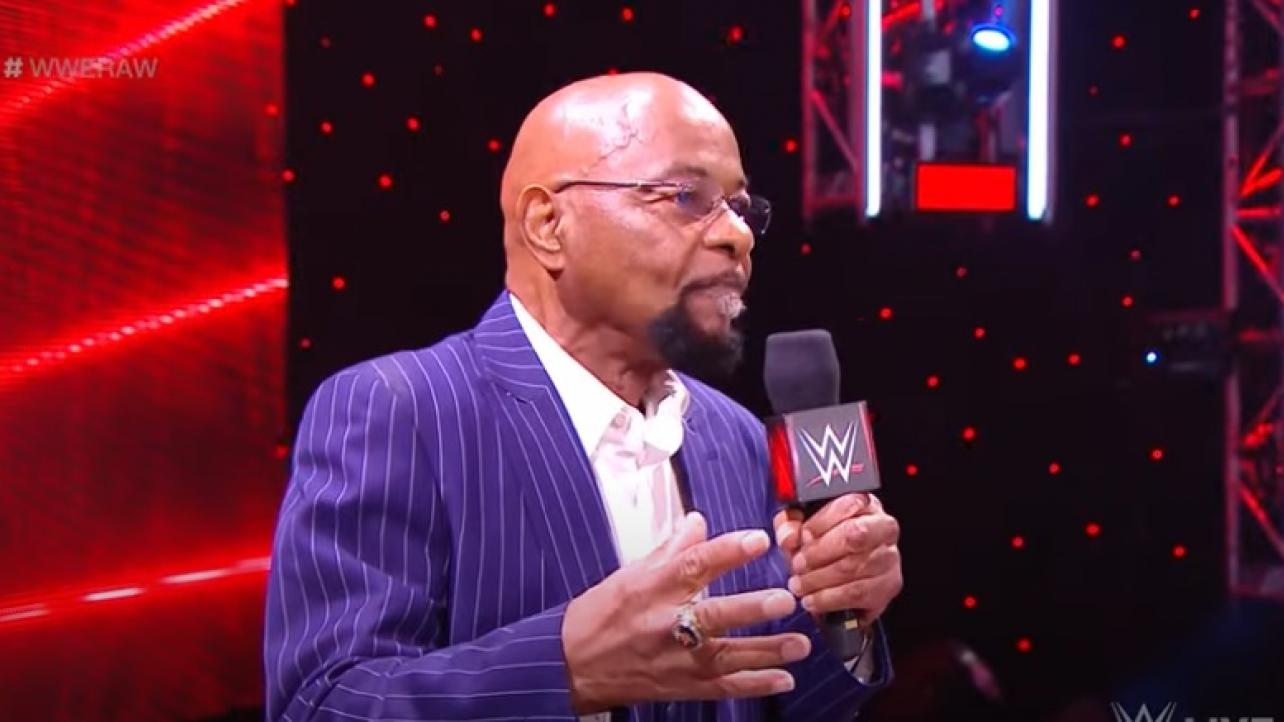 Teddy Long On His Beef With Ric Flair, Looks Back On Becoming SmackDown GM

WWE Hall of Famer Teddy Long recently joined the legendary Gerald Brisco and JBL on the Stories With Brisco and Bradshaw program, where Long spoke about a number of different topics, including racist remarks he endured by the Four Horsemen’s Ole Anderson and getting a blade from Gary Hart in case he ran into Ric Flair. Highlights from the interview can be found below.

On racist remarks made by Ole Anderson from the Four Horsemen:

You talk about Thunderbolt Patterson and you know me, I’m just gonna be straight up and tell you the truth. Well you know, a lot of people thought that Thunderbolt Patterson, by him being the Black guy, he would kind of stand up for the Black wrestlers. Well, that wasn’t true. He didn’t care about us either. He was all about himself because one night, one day that we had a meeting, it was me, Thunderbolt Patterson and Ole Anderson and Ole was the grand wizard. He would call you the n-word even if he knew your name. He didn’t give a sh*t. So the next thing we did, we went and had this meeting so Ole says to Thunderbolt, he says, ‘Hey Thunderbolt, how many n*ggers you think we need on the card?’ And Thunderbolt looked over at him and looked at me and he told Ole, he said, ‘Well boss, I’m gonna be the only n*gger on the card.’ That’s [a] true story.

Says Gary Hart gave him a blade to cut Ric Flair’s throat if he kept bothering him:

He [Ric Flair] just didn’t like me period. You know what? And I can tell you a true story and Gary Hart, God rest his soul, Gary Hart looked out for me. Gary Hart knew how he, how Flair hated me and Gary Hart made me a blade. This is my right hand to God, I have no reason to lie. He made a blade for me and he gave it to me and he said to me, he said, ‘If he keeps on bothering you, you take this blade and you cut his Goddamn throat.’ Those were the words out of his mouth from Gary Hart.

On finding out he was going to be the SmackDown General Manager:

Well, my favorite one [moment] was the night that Vince [McMahon] made me General Manager of SmackDown. I didn’t know anything about it. They kayfabed me, they didn’t tell me nothing until five minutes before we got ready to walk out and one of the writers came up to me and he says, ‘You know you’re gonna be General Manager tonight.’ I said, ‘No, I didn’t know that. Nobody told me’ and by this time, Vince is out there and he’s waiting on me and I walk out and then he did that for me. That was a memorable moment.

Teddy Long On His Beef With Ric Flair, Looks Back On Becoming SmackDown GM