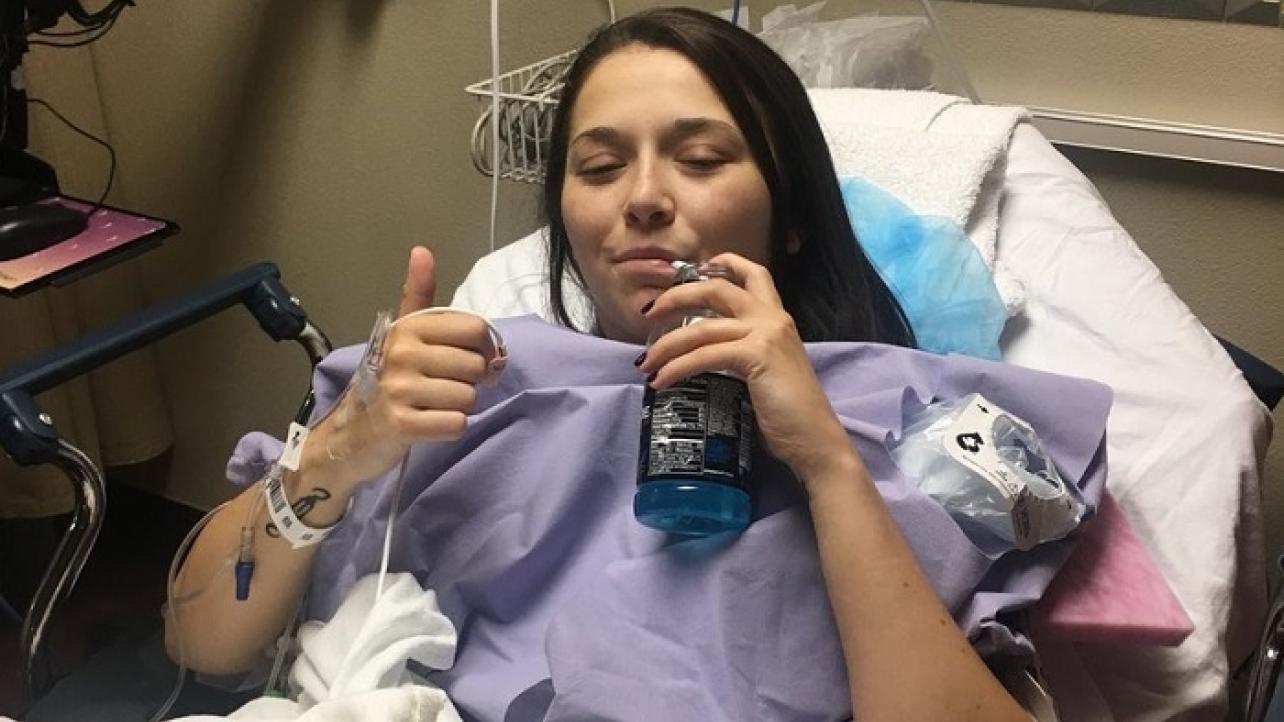 Top WWE NXT Star Tegan Nox is currently out of in-ring action once again due to a torn ACL. While she was in training, Nox suffered the injury and not while she was wrestling in the ring. This is why the WWE had Candice LeRae attack Nox in an angle as a way to give a storyline explanation for Nox getting the surgery done to fix the injury. This injury angle was done in September of last year and Tegan is expected to be out of in-ring action for a few months with her likely return to be sometime in 2021.

This is the third time that Nox tore an ACL as she previously tore the ligament in both of her knees. The first time it happened was back in 2017 and then again in 2018. Tegan recently made an appearance on WWE’s The Bump and was asked about her recovery.

“I feel good. I feel strong, which is nice. A nice little change from being on crutches a few weeks ago. I feel really good. Recovery is going very well. I’m way ahead of where I should be, which is good. I think it’s helped that I’ve gone through this three times now.”

You can check out Tegan Nox’s comments in the video below: