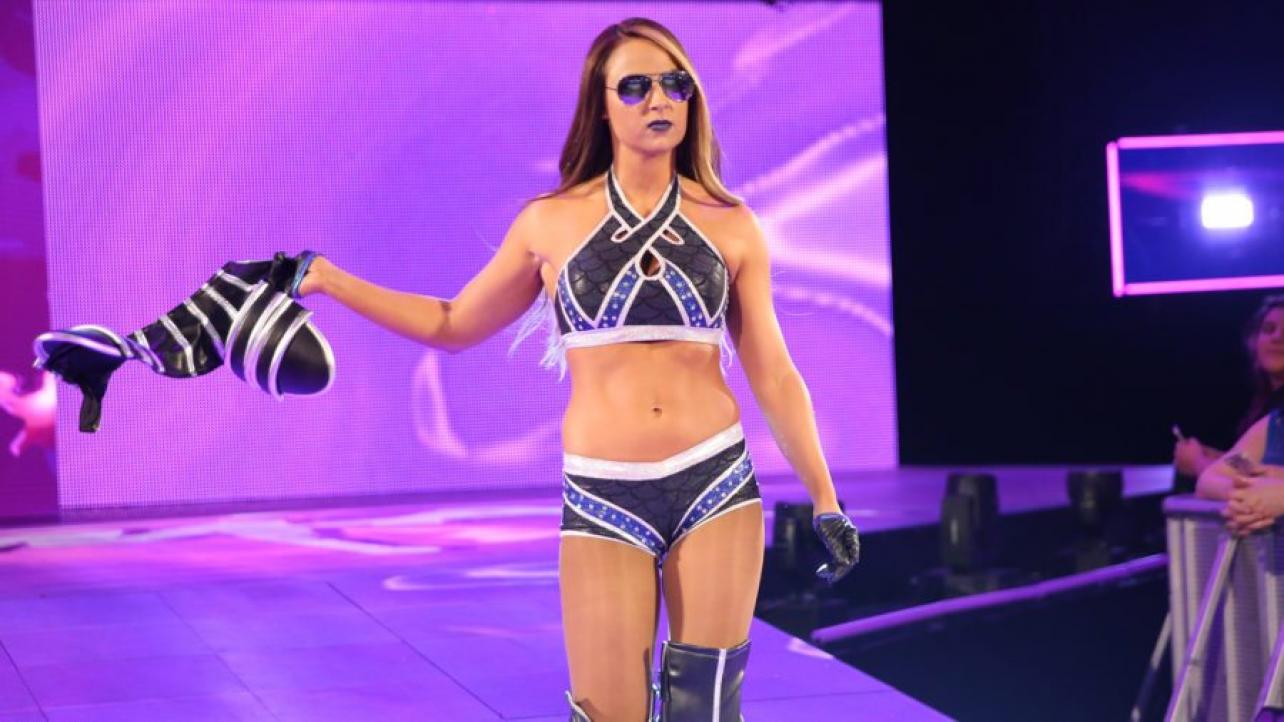 Tenille Dashwood Talks About Her Emmalina Character Not Working In WWE

Ring Of Honor star and former WWE Superstar Tenille “Emma” Dashwood recently appeared as a guest on Lance Storm’s Killing The Town podcast. Featured below are some of the highlights from the interview.

On her Emmalina character failing to connect in WWE: “I wish I had more to say [regarding the character]. I don’t know, I guess there was an idea to it and then they kind of realized along the way that it wasn’t for me at all. I am not a Diva. I am not like that at all, and I just want to wrestle so I think they realized that along the way and said that let’s just have her become Emma, to be herself and be able to bring that back around.”

On being more comfortable with her original WWE character: “I’m comfortable doing [Emma]. In real life I am a bit of a smart-ass, a bit sarcastic, I like to have fun and joke around, but I also love to wrestle, so I believe it was a combination of everything and it just came out in that character; just move out of the way and let me wrestle.”

On appreciating the amount of interest she has garnered outside of WWE, including her joining the Women Of Honor Championship tournament in Ring Of Honor (ROH): “I’ve been real lucky. A ton of emails came in and just been getting so much support; it’s been really amazing. I’m excited because coming off the Women’s Revolution and everything being such a great time for women empowerment, yeah so the schedule is booked crazy solid, basically how far ahead people book shows. I’m going to able to travel down everywhere; in America, some overseas tour, in Canada and finally be able to meet all of my fans on the independent scene, it’s going to be awesome.”

On going back to the independent circuit of pro wrestling and performing under her real name of Tenille Dashwood: “That is what is making me so nervous because it’s been literally about 6 years since I have worked on the independent circuit. There is that freedom now of being in control and not worrying about time on the TV and limitations and characters, storylines as much; just being able to go out there to wrestle and enjoy it.”

Check out the complete Tenille Dashwood interview at PodcastOne.com.

Tenille Dashwood Talks About Her Emmalina Character Not Working In WWE