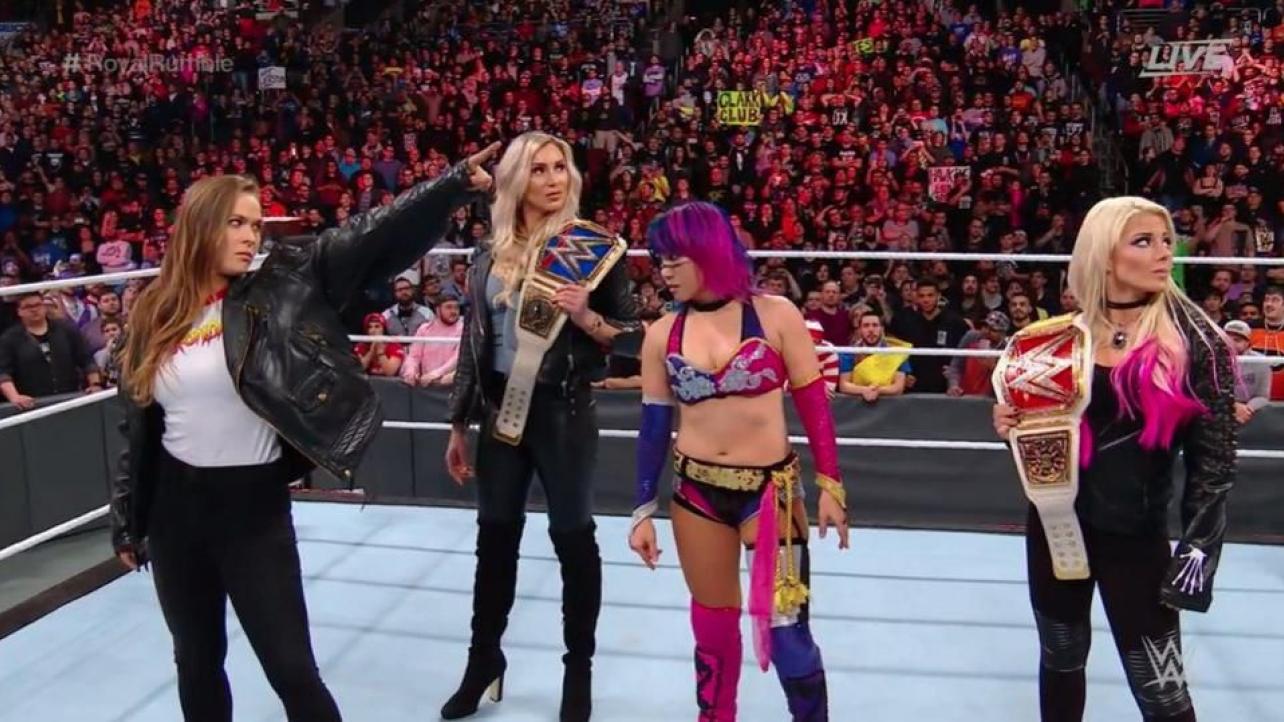 — According to Dave Meltzer of the Wrestling Observer Newsletter, the current WrestleMania 34 plan for Ronda Rousey appears to be to have her in a mixed tag team match alongside an unknown partner to face Stephanie McMahon and Triple H.

— A few years ago, WWE tried their best to set up a Rousey & The Rock vs. Stephanie & Triple H match at WrestleMania 31 but instead had to settle for an in-ring segment which culminated with Rousey laying out both Triple H and Steph. Whether that match can or will happen this year remains to be seen as the Rock is usually unable to wrestle any matches due to insurance reasons related to the movies he’s committed to appear in.

— WWE also teased a Braun Strowman vs. Triple H program at Survivor Series so Strowman is another possibility if they want to go in that direction again.