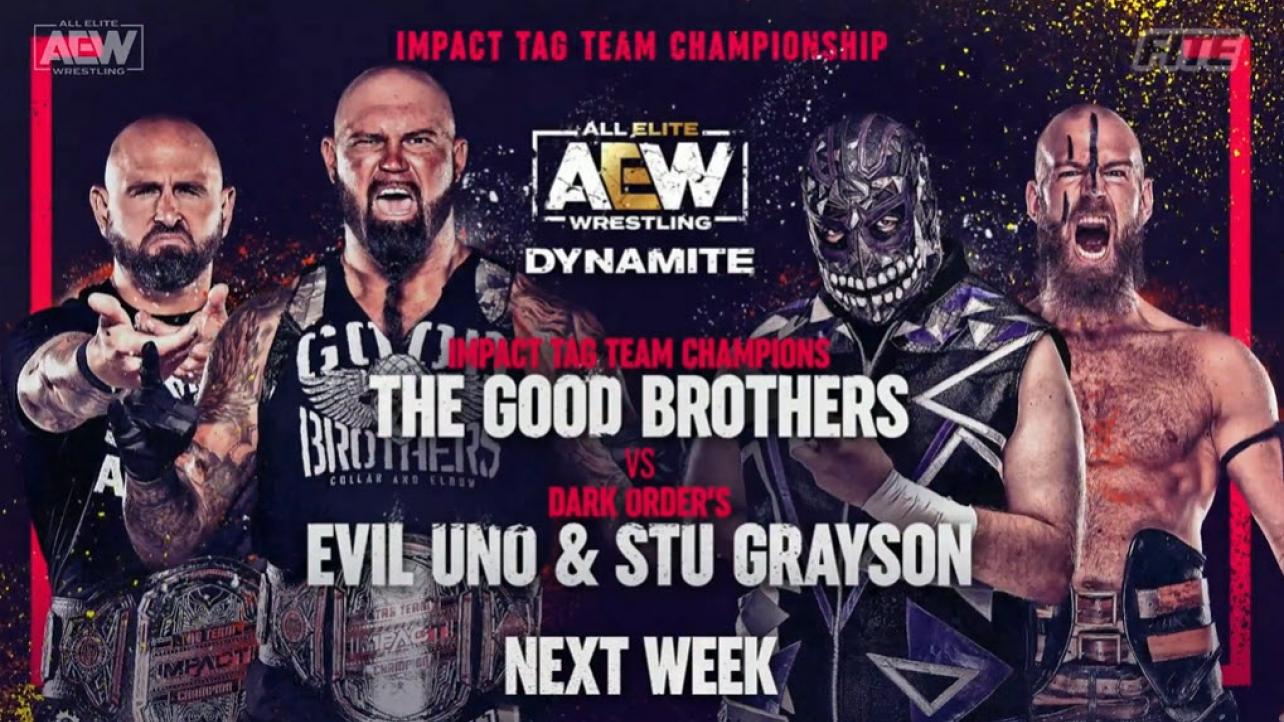 Next week’s Dynamite is already shaping up to be another stacked lineup.

Three matches were officially announced for the show during the AEW Dynamite: Homecoming on TNT show on Wednesday night from Daily’s Place amphitheater in Jacksonville, FL.

Announced for next week’s show is The Good Brothers vs. The Dark Order for the IMPACT Tag-Team Championships, as well as Chris Jericho vs. Wardlow with MJF as special referee and Nyla Rose vs. Kris Statlander.

Check out the announcement regarding the trio of matches confirmed for next week’s AEW Dynamite via the tweet embedded below courtesy of the official feed of FITE TV.

NEXT WEEK ON DYNAMITE!