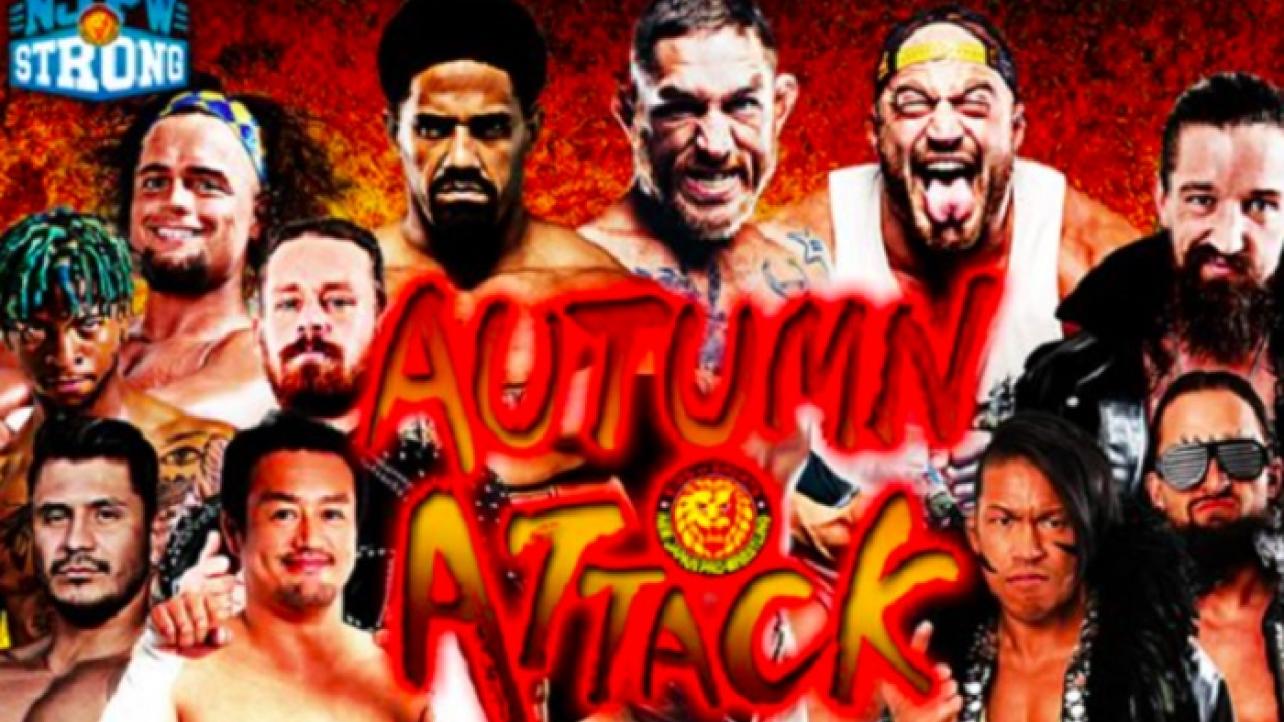 Three big names have been confirmed to work on the upcoming NJPW Autumn Attack events in Texas.

New Japan Pro Wrestling issued a press release this week to announce top talents such as Will Ospreay, Minoru Suzuki and “The Murderhawk Monster” Lance Archer for their NJPW Autumn Attack shows at the Curtis Culwell Center in Fort Worth, Texas on September 25 and September 26.

Featured below is the complete announcement with all of the details.

Earlier this week, fans in Long Beach were the first to witness NJPW STRONG matches in person. Crowds are sticking around for NJPW STRONG, with September 25 & 26 tapings for Autumn Attack in Dallas/Fort Worth’s Curtis Culwell Center already announced.

First, Will Ospreay will be back in action for both nights. The Commonwealth Kingpin has been out of action since Dontaku earlier this May, where injuries sustained in his IWGP World Heavyweight Championship match with Shingo Takagi led him to vacate the title. Making a shock appearance at resurgence Saturday night, Ospreay declared himself the ‘real world champion’ while declaring war on the LA Dojo. Now he begins his ascent back to the pinnacle of pro-wrestling competition in the States!

The King, Minoru Suzuki will be in competition on US soil for the first time in almost two years. a dangerous force in any environment, what does he have in mind for his Texas debut?

And will those plans be connected to a Texas native and Suzuki-Gun brother? Lance Archer will be at the Curtis Culwell Center, and will be happy to remind all that cross his path that everybody dies!

With Taiji Ishimori, El Phantasmo, Ryusuke Taguchi, Jay White, Tom Lawlor and more already announced, Autumn Attack will bring some stacked action to NJPW STRONG! Do not miss your chance to be a part of these huge cards!

Attendees are strongly advised to wear masks at all times unless eating or drinking. We appreciate your consideration.

To ensure guest safety and a quicker entry into the facility, the Curtis Culwell Center has implemented a bag policy limiting the size and type allowed at all events.
While the CCC encourages guests not to bring bags if possible, the following are permissible:
• Clear plastic, vinyl or PVC bags that do not exceed 12″ x 6″ x 12″
• One-gallon clear plastic Ziploc-style bags
• Clutch bags approximately the size of a hand
• Medically necessary items

Buy the P1 or P2 double pack and get exclusive NJPWxTexas flip-flops!

‘Man of the Hour’ Lio Rush

‘Mr. No Days Off’ Fred Rosser

More talent and matches to be announced