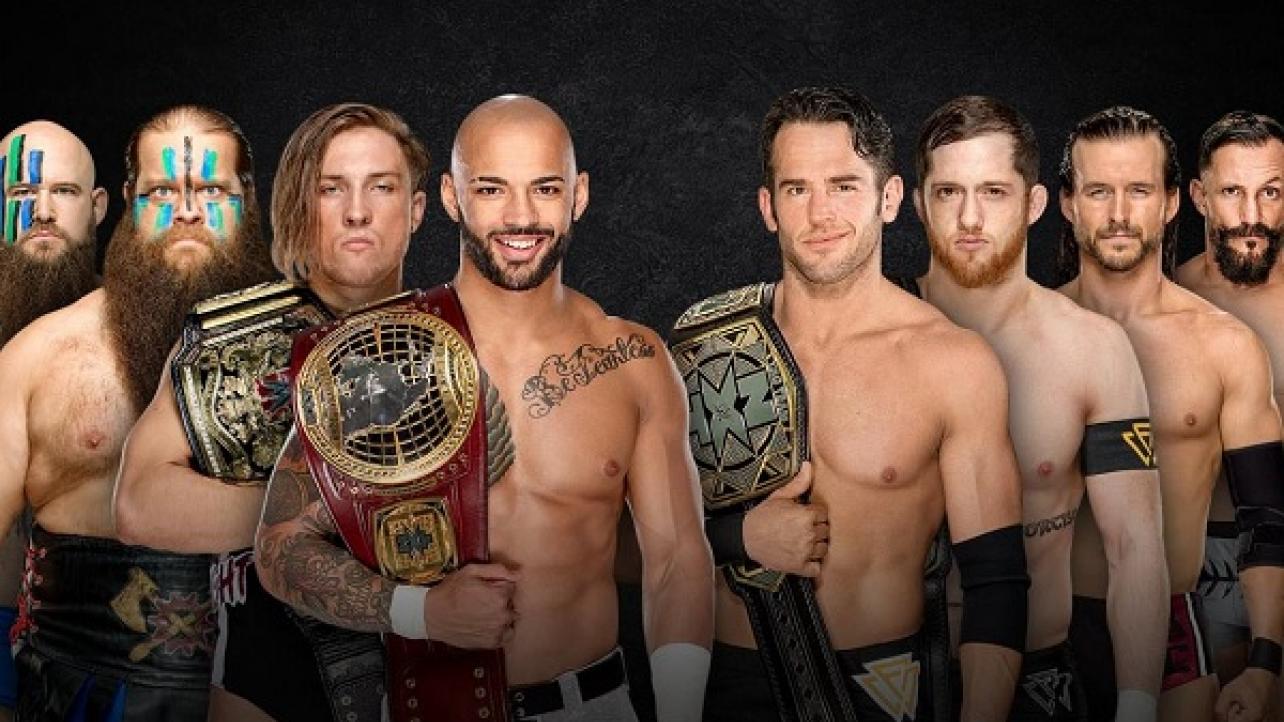 We have our first three matches for this year’s NXT TakeOver: WarGames live special on the WWE Network.

NXT General Manager William Regal announced that The Velveteen Dream will challenge Tommaso Ciampa for the NXT World Championship. Soon after, Aleister Black approached Regal and demanded a match against Johnny Gargano, which was also set for the WWE Network special.

Finally, the WarGames match for the event was confirmed, as The Undisputed ERA will take on Pete Dunne, Ricochet and the War Raiders.

NXT TakeOver: WarGames 2018 takes place as part of WWE Survivor Series 2018 weekend, emanating from the STAPLES Center in Los Angeles, California on Sunday, November 17th. Make sure to join us here on 11/17 for live results coverage of the show.