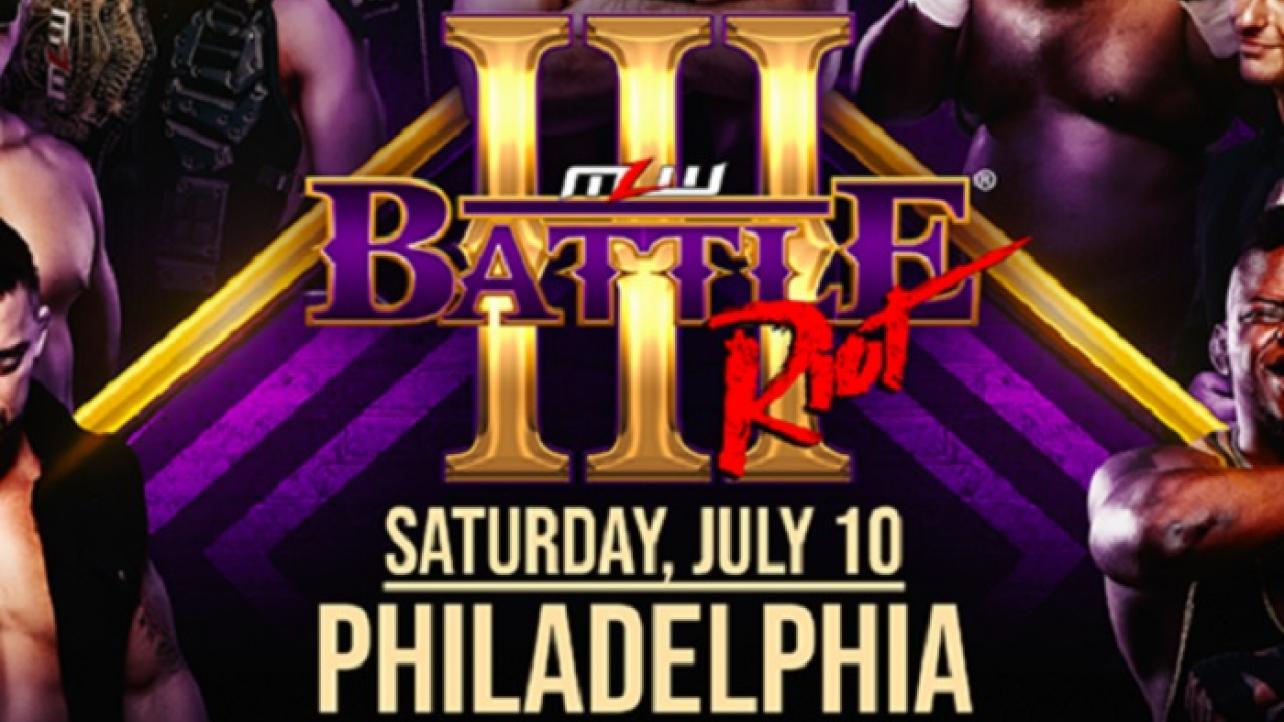 Three more participants have been added to the upcoming Battle Riot III match at the MLW event scheduled for July 10th at the 2300 Arena in Philadelphia, Pennsylvania.

Featured below is the official announcement, which confirms the addition of Davey Richards, Daivari and Kip “Rip Von Erich” Osbourne to the match.

Tickets are unavailable for this event as it has sold out.

Davey Richards: What bigger impact could the “American Wolf” make in his first night in Major League Wrestling than outlasting 39 other wrestlers and securing a title shot? Training hard at his St. Louis fight camp, Richards is expected to be one to watch in the Battle Riot.

Daivari: The Iranian super soldier of CONTRA adds a numbers advantage to the international cabal. With several of CONTRA’s crusaders confirmed for the Battle Riot, does this diminish Hammerstone’s odds of going the distance and attaining a guaranteed title shot against Fatu?

Kit Osbourne: The self proclaimed son of Lance Von Erich has promised to eliminate his “cousins” Ross and Marshall and aid Tom Lawlor and his Team Filthy compatriots in going the distance and winning the Battle Riot.

Will one of these 3 men have his hand raised in triumph? Find out July 10th as MLW presents the Battle Riot!