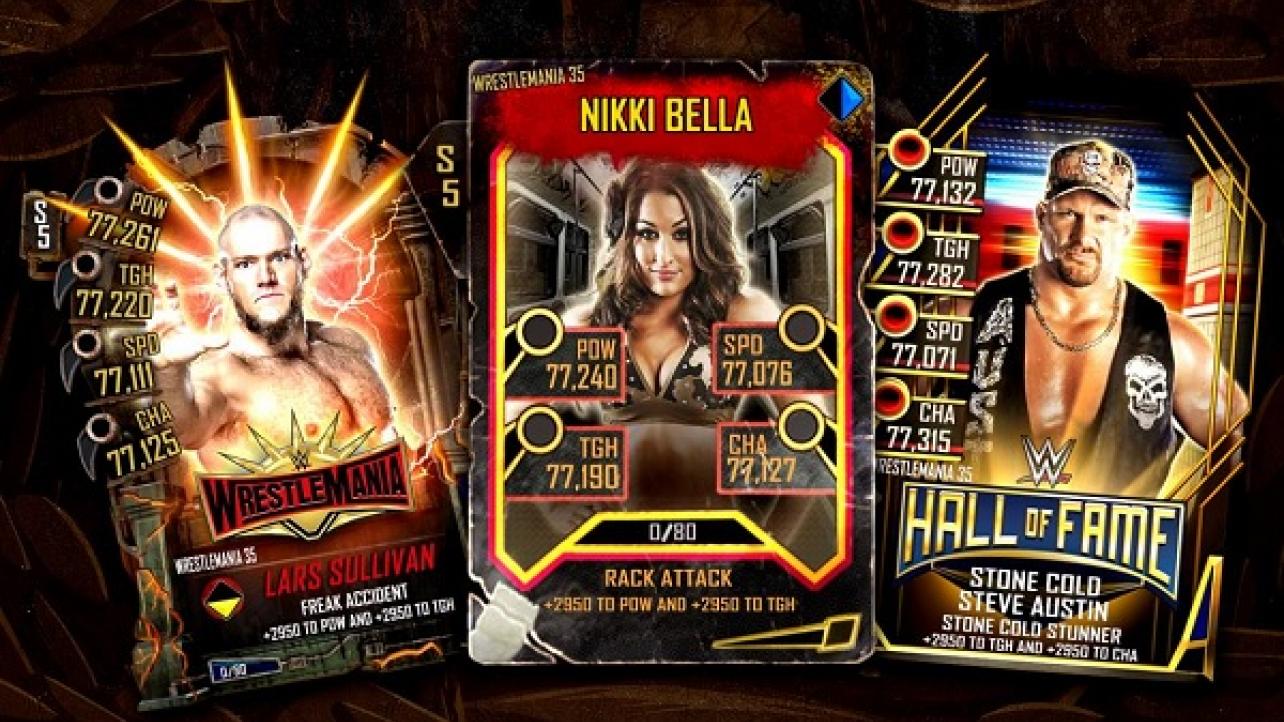 This weekend, WWE announced that new Throwback, Hall Of Fame and Fusion cards have arrived in the latest WWE SuperCard update.

The battles of The Showcase of the Immortals continue with latest cards being added to WWE SuperCard, including the new WrestleMania 35 Throwback cards.

This week, 2K and Cat Daddy Games introduced all-new WrestleMania 35 Throwback, Hall of Fame and Fusion cards coming to WWE SuperCard. The first batch of cards started appearing in WWE SuperCard earlier this week, with more to be released soon at no additional cost.

Shortly thereafter, players will start to gain access to additional Fusion and Hall of Fame cards as well. These new cards will be announced via the official WWE SuperCard Twitter account in the coming weeks.

WWE SuperCard, which is developed by Cat Daddy Games in conjunction with Visual Concepts, is available now to download free of charge on the App Store for iOS devices, as well as the Google Play Store and Amazon Appstore for Android devices.