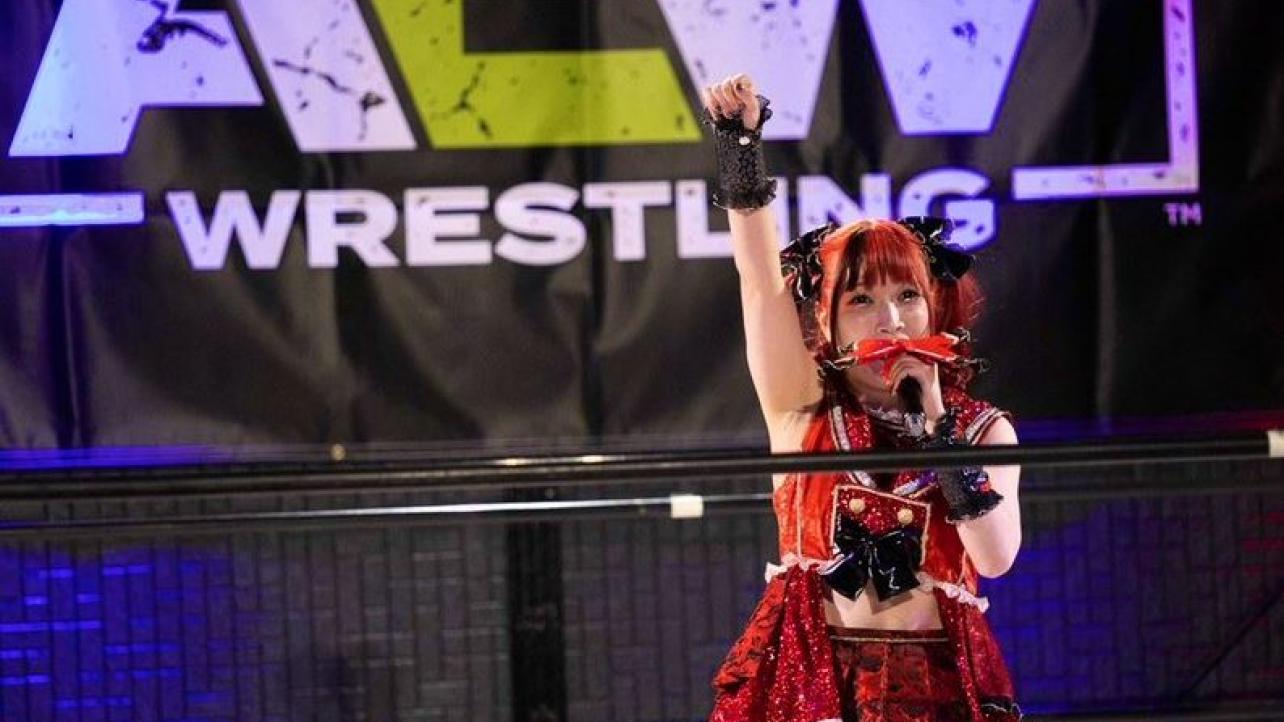 A current member of the NWA, WOW, and All Elite Wrestling rosters recently sat down for an interview with Fightful. One time NWA Women’s Champion Thunder Rosa spoke with the site, a discussed a few different topics, including her past feud with Maki Itoh. Rosa reflected on working with Itoh in another promotion, and explained:

“Two years ago, we had a little feud. You can go on Youtube and see the promo we had. There’s a lot of chemistry. That’s where I took the Tokyo Joshi Pro International Princess Championship from her hands. My favorite part is when she was crying for like two minutes after. We had a couple of cool moments, so she wasn’t a stranger for me. At Revolution we had a cool opener, so that was a lot of fun. I was like ‘what?’ (surprised that she was there).”

Thunder Rosa, who teamed with Riho in a loss to Britt Baker and Itoh during last Sunday’s Revolution Buy-In, continued to speak about Maki, specifically her character. Rosa spoke about the 25 year old actress, model, and wrestler’s abilities, saying:

“She sings in Japanese and I’ll sing in English, but I’d dance better than her. Just don’t tell her, though. She’s very popular in America. I remember three years ago when she came to New York, I knew who she was, and she’s something else on Twitter. I started to know her and the things she used to do, and I thought she brought something completely different from the business. I met her and saw what she does. She’s very charismatic. Charisma sells a lot more than great matches. I know great wrestlers with zero charisma, and can’t sell tickets. She can sell tickets. She got people talking, she gets people pissed.”

Are you fan of Maki Itoh? Let us know what you think in the comments section!