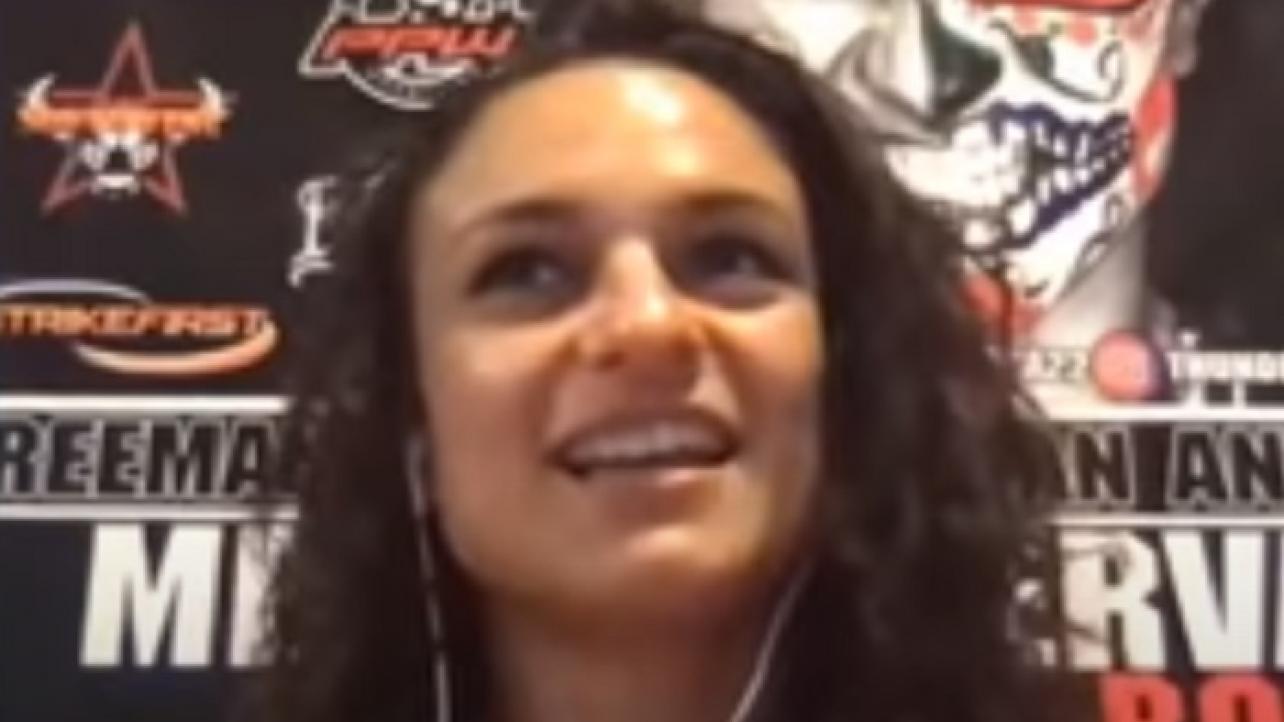 Thunder Rosa Reveals WWE Star She Wants To Work With: “She’s Hands-Down One Of The Best In The World” (Video)

NWA women’s champion Thunder Rosa was a recent guest on the Chris Van Vilet show to discuss all things pro-wrestling, including how she feels about her performance at ALL OUT, and revealing that she wants a high-stakes matchup against NXT women’s champion Io Shirai. Highlights from the interview can be found below.

Discusses her AEW ALL OUT PPV matchup against Hikaru Shida:

“It was so challenging because I had to come to AEW representing NWA but I also have to be respectful of where I’m working. It was mentally such a big stage and there’s so much at stake. There is no room for error. I feel like I’m quoting the Eminem song – “Lose Yourself” – that’s exactly how I felt. You can’t think too much, you have to just go in there and kill it. It was a really good experience because Shida was ready – she was ready to show something she’s never shown before in AEW. She knew we would be able to perform and she trusted me 100 percent and I trust myself 100 percent……it was really good. She was ready, and I really had certain things I wanted to convey to the fans and I wanted them to see that you can do a lot with storytelling but not with a lot of spots. You felt like there was a lot going on, but there was not like let me jump from the top rope and give a flip and boom. No, it was like – I do a lot of strikes and I wanted to make sure I showed that in there – that I’m quick, I’m fast. And I was able to do that and she was willing and open to do that. She wanted to have that match. And then when Matt Hardy got hurt and I saw him coming into the locker room I was like ‘Oh my God’ and we have to follow something that could’ve been really tragic and you still have to put on a show…….it was such a magical moment, you have no clue. It was like the culmination, the drama, the tears, the second-guessing yourself, the what-ifs – but once I looked at the camera, it was gone. When I walked out of my room, I felt like I was going into a fight.”

“I never got the opportunity to do that in Japan. She was my trainer in Japan. Oh man, she’s hands-down one of the best women’s wrestlers in the world currently. She can work any style, and she’s so good at selling, telling a story – even if she doesn’t speak English, people are drawn to her. I was mesmerized when I used to watch her.”

Thunder Rosa Reveals WWE Star She Wants To Work With: “She’s Hands-Down One Of The Best In The World” (Video)