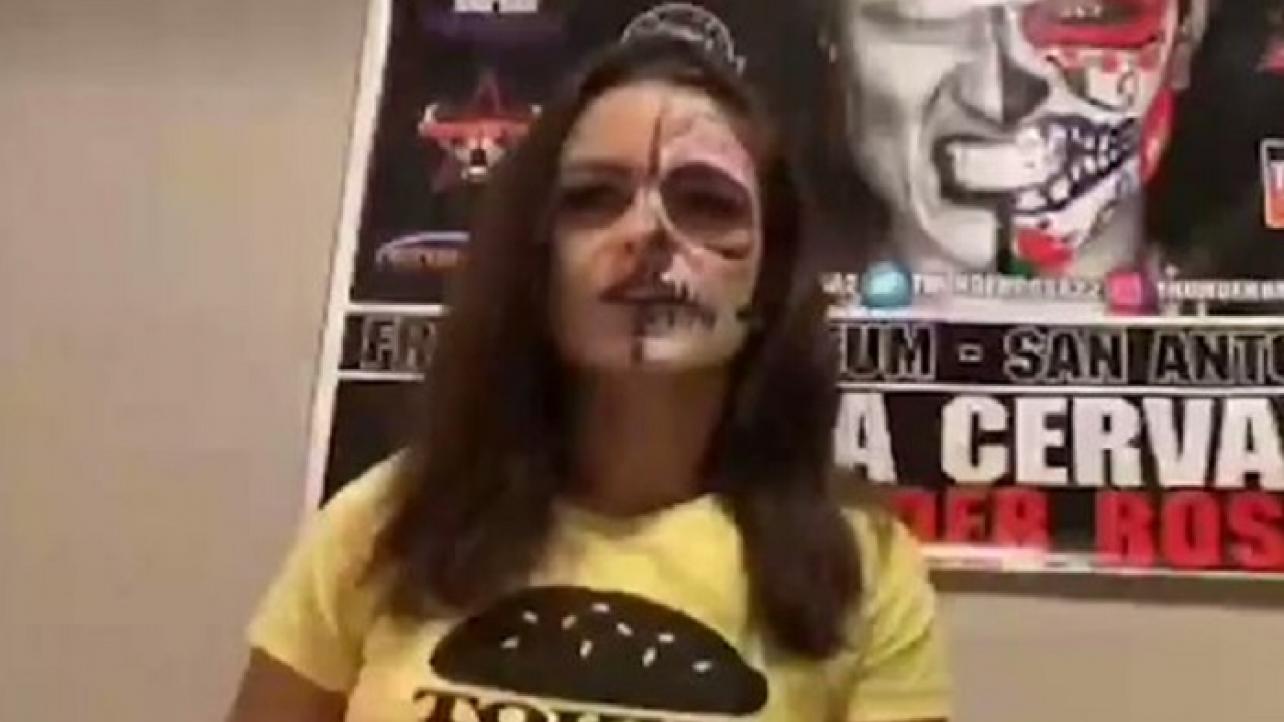 Sign Thunder Rosa up for the next Jake Paul boxing card.

During a recent interview with Fightful, the AEW women’s contender spoke about how she would be open to fighting a celebrity TikToker on a Jake Paul type of pay-per-view show.

Featured below are some of the highlights from the interview where she touches on this topic and more.

Says she’d be open to fighting a celebrity TokToker on a Jake Paul type PPV: “Okay, let’s put it this way. If there’s a TikToker that you guys know, that you would like to see me fight in a boxing match—on a Jake Paul card—I’m all about it. I love boxing and I will train my ass off to beat whoever wants to step in the ring with me. Straight up. That’s the update.”

Her connection with the fans and her growing popularity despite not being in WWE: “It is and it’s important for people to recognize, especially from the mainstream outlets, that people in the independent scene have worked really hard to create a name and create a brand and people are actually watching it and people paying attention. Not necessarily you have to be in a humongous company like WWE to be successful. I’m a great example of that, working in all the different companies you just mentioned, you really make the difference. To hear the people chant Thunder Rosa in the way that they have in the last couple of weeks, it’s humbling. It’s amazing because it tells you that they believe in what I bring to the table and what I’m really all about, which is my passion for wrestling and my passion for mixed martial arts. It’s all there.”