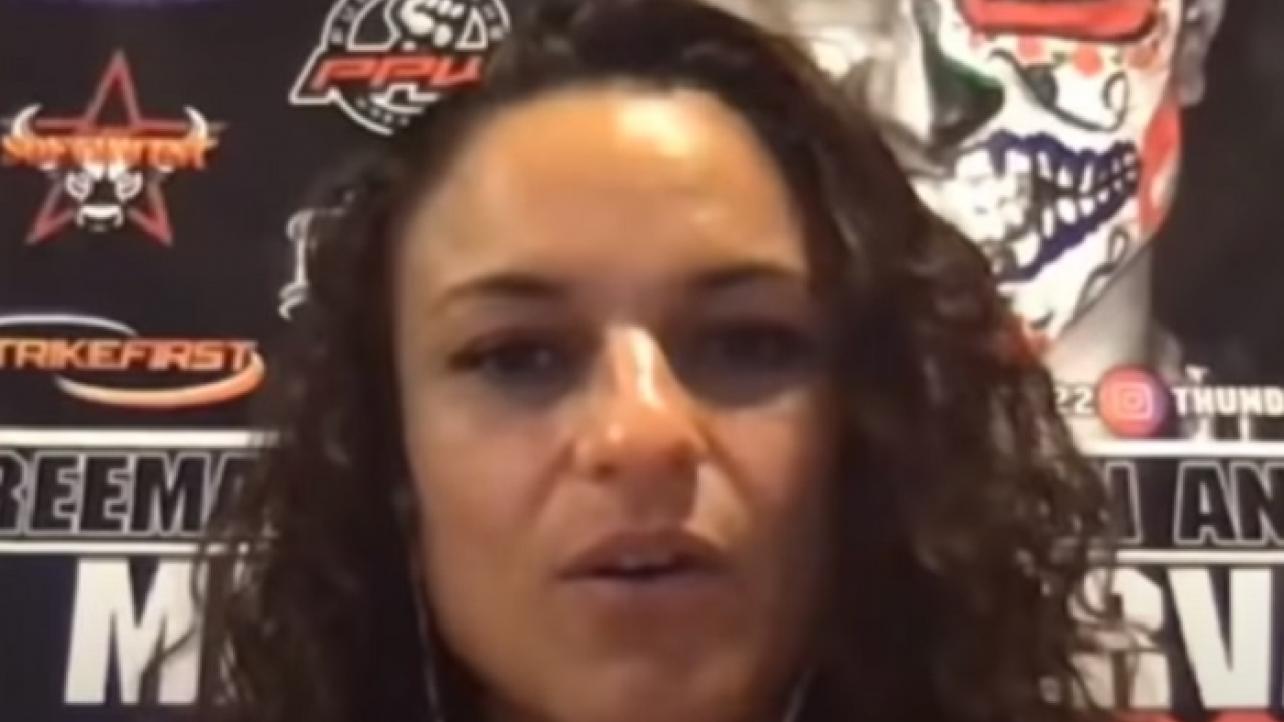 NWA Women’s Champion Thunder Rosa recently appeared as a guest on the Wrestling Inc Daily podcast for an in-depth interview. Featured below are some of the highlights.

On Tony Khan: “He is such a character. If I have a question about wrestling [or] a wrestling event, he can literally open his brain. He is like an encyclopedia of wrestling, and he is so fun to work with and he was very welcoming from the moment I got there. He was just like, ‘thank you for being here,’ and I was like ‘whoa, whoa whoa. Whoa, this is pretty cool.’ So I always felt welcomed by him, Cody [and] the ladies because I worked with a lot of them in the indies, so it’s not like we’re strangers, but the environment, for me, it’s been very positive.”

On being grateful to be working for NWA and AEW at the same time: “Who wouldn’t want to do that? It’s like having two girlfriends. It would be perfect, but I am living in the moment. I am, right now, in Jacksonville. I just had a match yesterday, a tag match [that] I enjoyed very much. In the future, I know, like I said, Tony’s been very open. He likes my work, and again, I’m here to work. I’m here to elevate my opponents as much as possible and to make it fun and to make people talk about the women’s division not in a negative connotation [but] in a positive way. At the end of the day, we want to be competition to the big dogs because AEW are in the big dog league. Me being here and them allowing me to work and give my little grain of salt to the women’s division, to elevate it, it’s great. I am blessed. I am humbled, and I’m very thankful for this opportunity.”

On whether she thinks AEW could compete with WWE: “Absolutely, if it’s done right, anybody can. Nothing is impossible, and I know Tony Khan has the love for professional wrestling. He is a fan from the heart, and he has the means to make something happen. The company’s really young, and they’re trying their best. They’ve had pretty good shows, and the production is really good. It’s that learning experience. We all go through it. We have to go through growing pains, until we get what we want [and] we get the product that we want. So I’m hoping that they continue for many many years, and it will be something where people can go and have jobs. At the end of the day, it’s jobs for us and a platform for us to do what we love.

Check out the complete Thunder Rosa interview below.