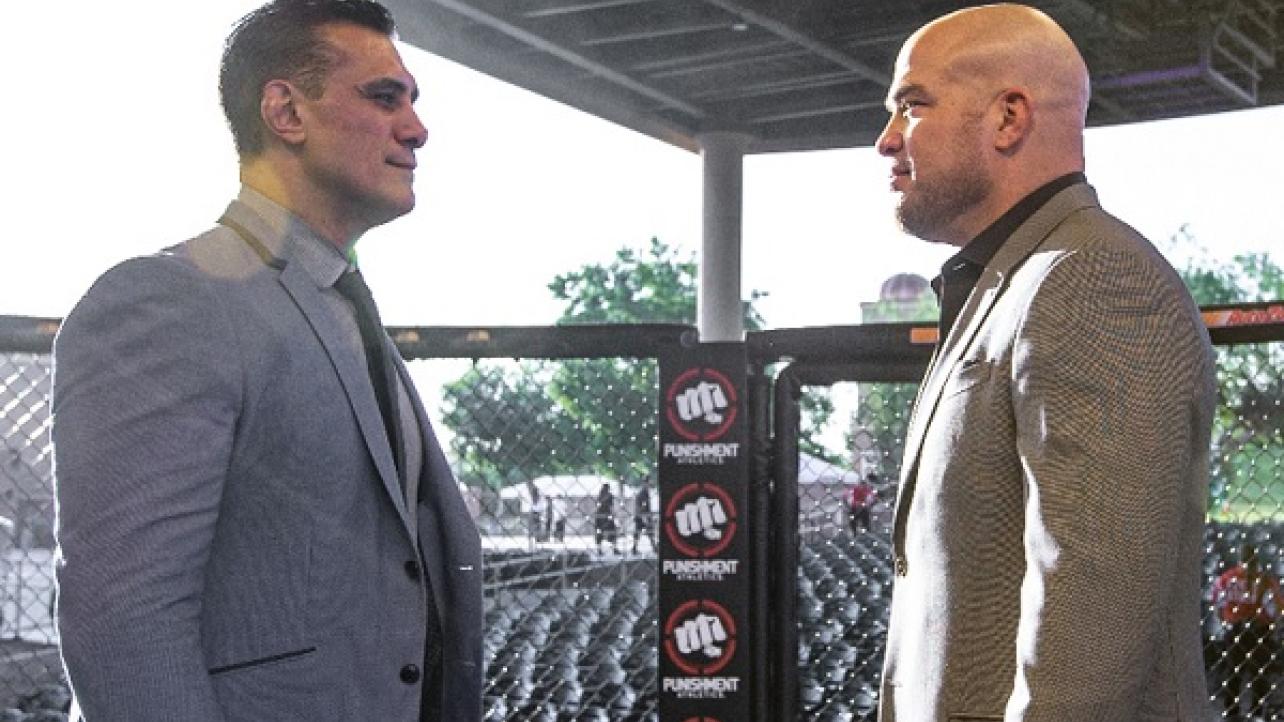 Alberto El Patron will be making his professional MMA fighting return this fall for the Combate Americas promotion … and he will be facing off against a UFC Hall Of Famer.

Combate Americas announced this week that Alberto El Patron will be fighting MMA legend Tito Ortiz in what will be Ortiz’s debut with the promotion.

Campbell Mclaren, CEO of Combate Americas, confirmed the much anticipated event between MMA legend Tito Ortiz (20-12-1) and WWE champion, Alberto Del Río (9-5), during an interview with Gonzalo Campos in Spain.

Tito “The Huntington Beach Bad Boy” Ortiz (20-12-1) signed an exclusive contract with the premier Hispanic MMA promotion in April 2019. A legend in the world of MMA, Tito Ortiz is a member of the UFC Hall of Fame and former light heavyweight champion.

Alberto Del Rio is the two-time champion of the WWE and is considered one of the best wrestlers in the world. He returns to the world of MMA after a nine year hiatus.

Del Rio competed for nine years in mixed martial arts on various platforms, including the Japanese organization PRIDE. The Mexican fighter obtained nine victories as a mixed martial artist, seven of them by submission and two by way of knockout.

These two superstars will face off for the first time in ‘La Jaula.’

There are currently no other details confirmed for the fight.

In addition to the above announcement, a statement was released by “The Huntington Beach Bad Boy” about the upcoming showdown against the former WWE Superstar known as Alberto Del Rio.

Fight contract is signed and ready to go! @combateAmericas Let the Punishment Begin! I love when guys call me out. I will be fighting for America and the ones that want to get here legally. #keepAmericaGreat #Ortizvsdelrio