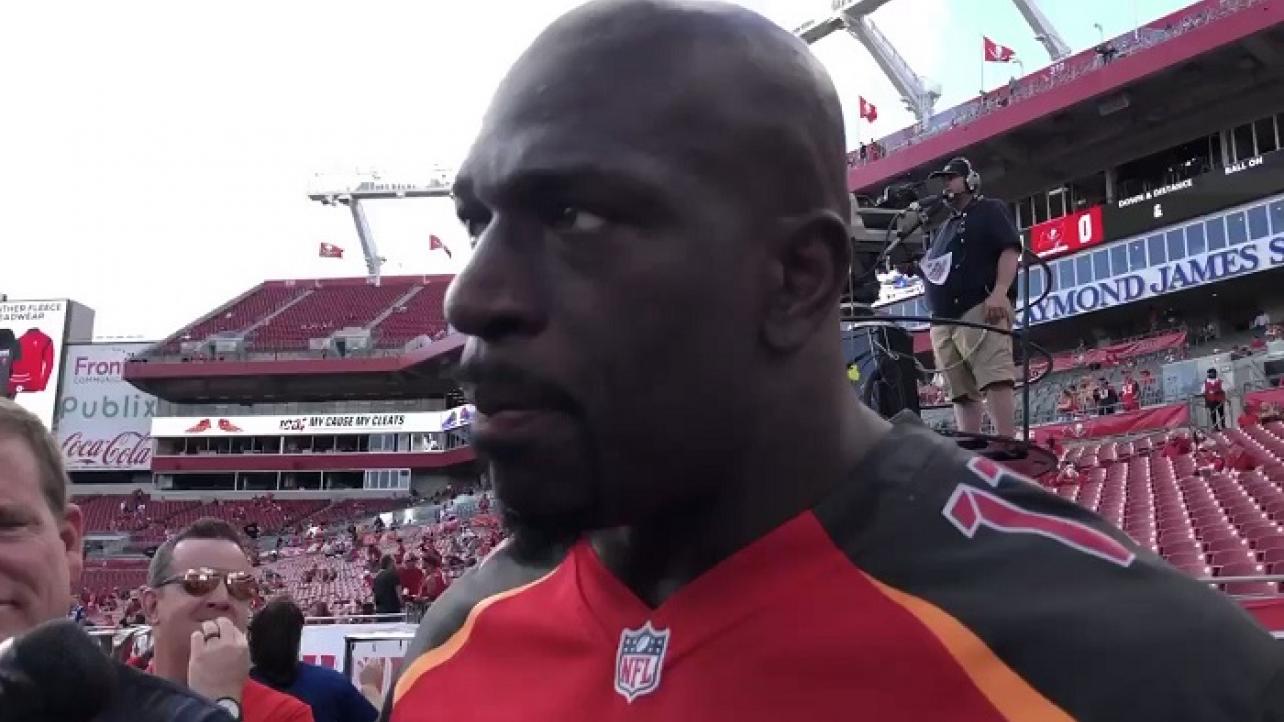 A trio of WWE Superstars were in attendance at the NFL game between the Tampa Bay Buccaneers and the Indianapolis Colts on Sunday in Tampa, Florida, the site of next year’s WrestleMania.

On Sunday at the Bucs-Colts game at Raymond James Stadium in Tampa, Florida — the site of WrestleMania 36 on April 5, 2020 — Titus O’Neil, Natalya and Mojo Rawley were at the game to promote next year’s big WWE event, according to a Tampa Bay Times writer.

Eduardo A. Encina of the Tampa Times noted in a tweet on his official Twitter page (@EddieInTheYard) that three of WWE’s finest were at the game on Sunday to continue to spread the word about WWE bringing their biggest annual event to the home of the Tampa Bay Bucs next April.

Check out the tweet, which includes a video clip of O’Neil’s interview from the game today, below. For those interested, the hometown Bucs pulled off a 38-35 victory over the Colts to improve to 6-7 on the season.