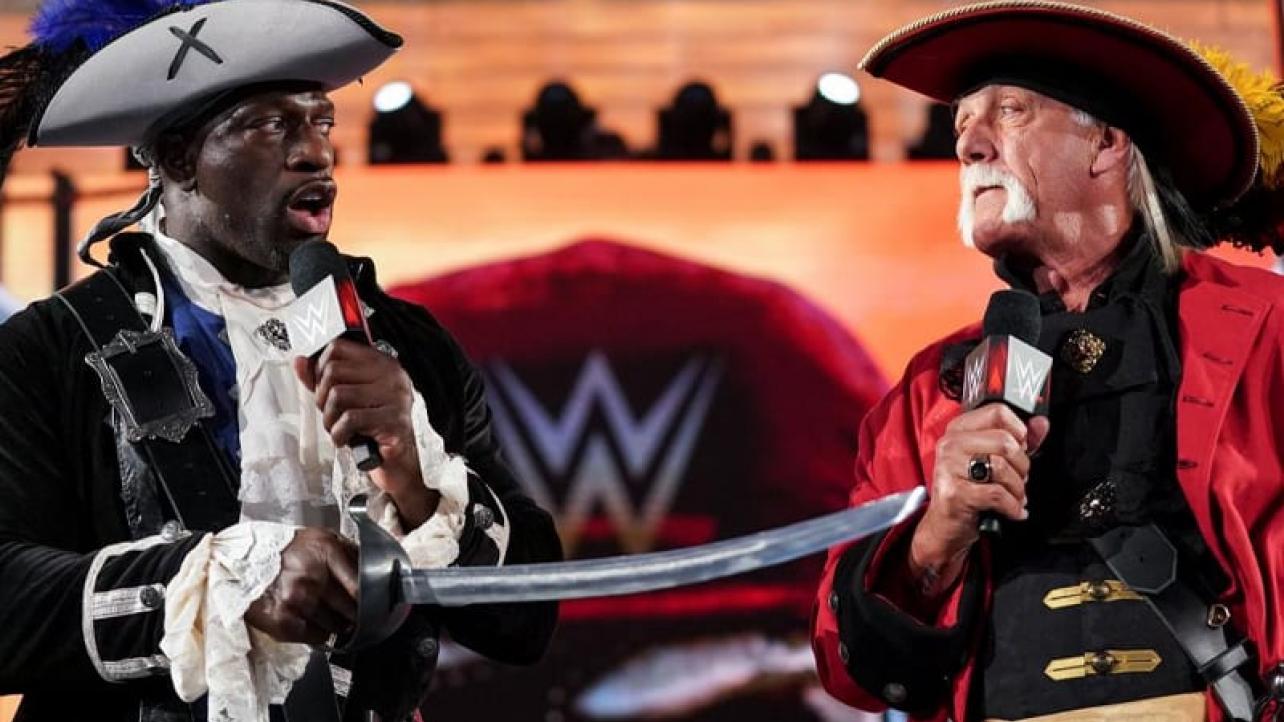 At Wrestlemania 37, Titus O’Neil and Hulk Hogan co-hosted “The Show of Show’s”. When both men hit the stage, Hogan was greeted with very audible boos from the Tampa, Florida crowd.

WWE Camera’s caught Titus’ reaction to the boo’s, and he was asked about the whole incident by Mark Henry, during the latest edition of Busted Open Radio. Titus told listeners:

“It really caught me by surprise,” he said. “I didn’t expect, I expected some boos, but I didn’t expect it to be at that level. To Hulk’s credit, he took it in stride and kept going. It was definitely different.”