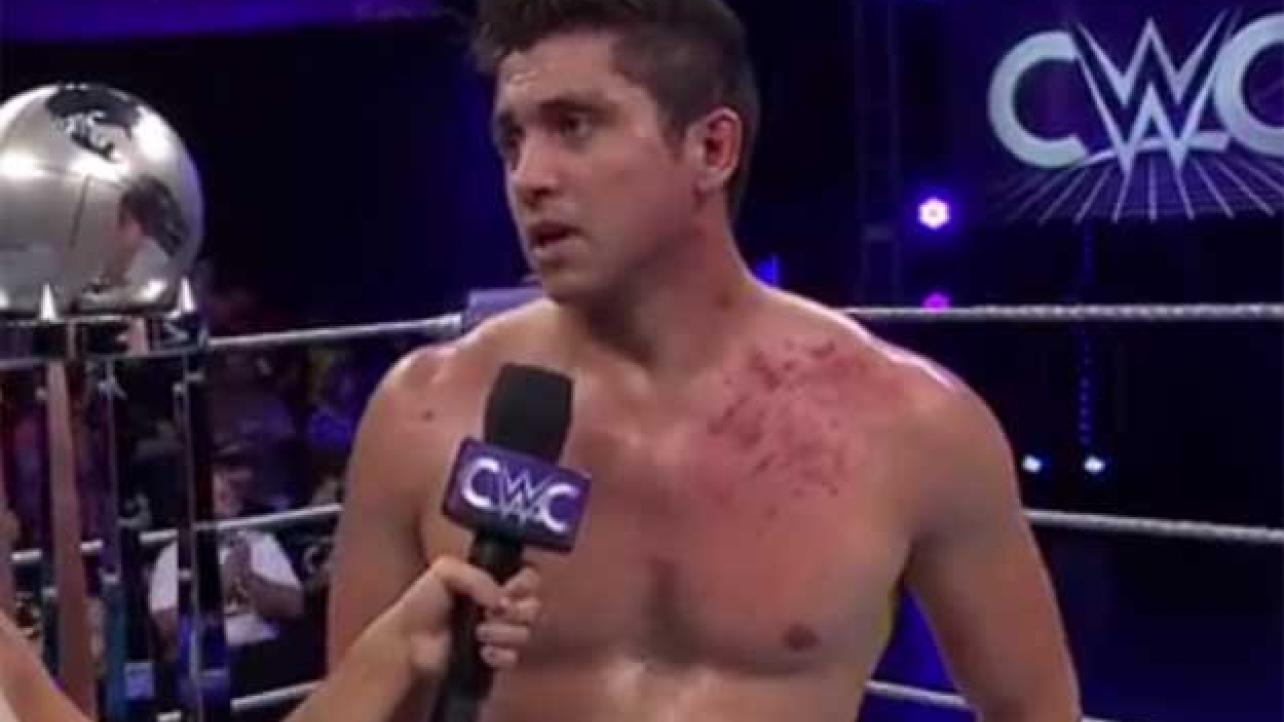 TJ Perkins Reveals When He Found Out About WWE Cruiserweight Title, More

“Pretty much when everybody saw the belt along with me in front of everybody. I didn’t get a chance to see it or understand that that was what the stakes are. You get a feeling that a lot of this stuff is going to be correlated and, definitely, winning the tournament is going to mean something, but until everyone has a chance to see it … I found out like everyone else (laughs).”

Perkins, who will kick off the new Cruiserweight division on Monday’s RAW, also spoke about his goals considering the fact that he is coming onto the scene a tournament winner and champion already.

“I think the goal is still the same but you have to take it to another level. I still want to inspire Filipino people. All we have is Manny (Pacquiao) and, as of right now, I’m no Manny but there’s an opportunity to get there and I want to keep pursuing that until I reach as many people as possible. And if this is to be the benchmark of a new generation for the cruiserweights, I want to be that. Same with everybody else that’s representing what they’re doing proudly. We had a Women’s Revolution and they have aspirations to main-event WrestleMania and I think that’s amazing and that’s great. I honestly think that’s something we’ll see. And the tag teams are going through a renaissance. I would love for it to be a perceivable idea that cruiserweights might main-event WrestleMania. Cruiserweights will represent in a bigger way than they had been in the past. For me, that’s my goal going forward is to represent this division and this culture, my people, in a bigger way than ever before and hopefully create new heroes for other people, people that will inspire me back.”

TJ Perkins Reveals When He Found Out About WWE Cruiserweight Title, More