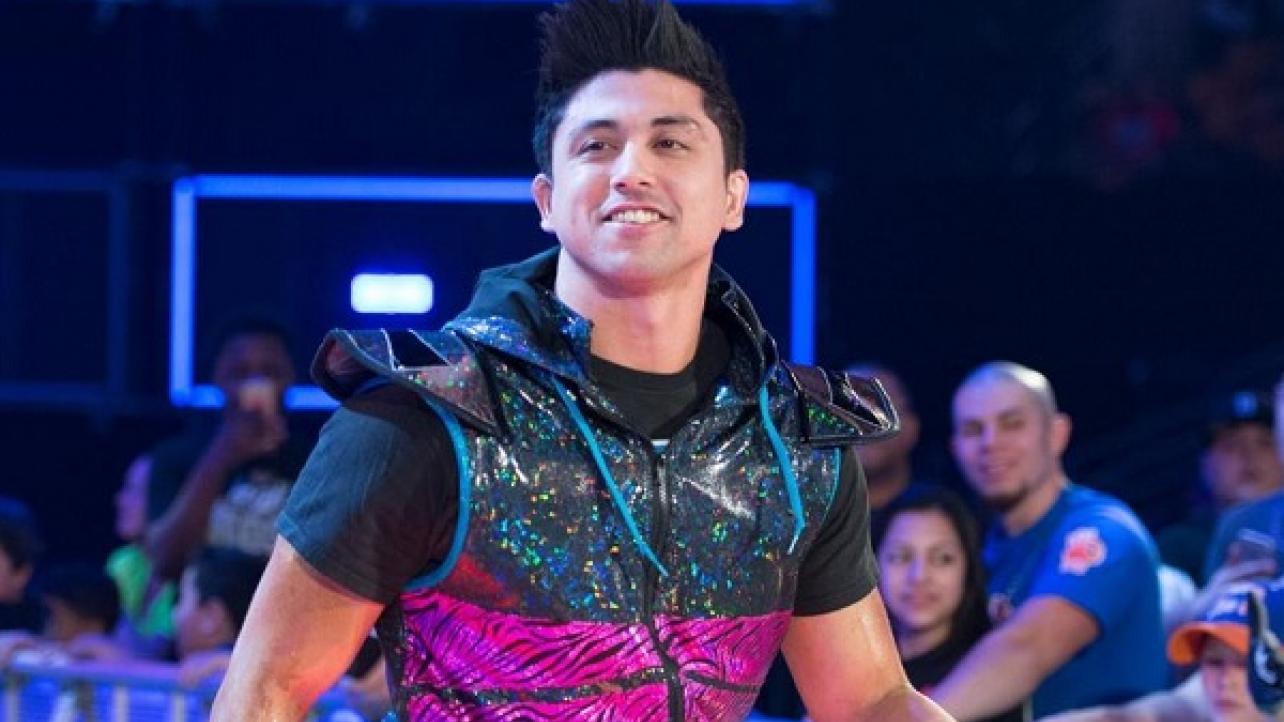 205 Live Superstar TJP recently spoke with the folks from FOX Sports Asia for an interview. Featured below are some of the highlights.

On coming into WWE after winning the first Cruiserweight Classic and being the first WWE Cruiserweight Champion and his emotions at the time: “It’s funny actually, I don’t often think about it, but I did reflect on it sometime early this week, talking with friends and stuff like that. It was a really nice thing for me, primarily because I was able to represent Filipinos and South East Asians and the reason that was big for me was because wrestling at times can be kind of archaic, (laughs) medievally speaking, and you know I have done this since I was so young and I never had a chance to really just represent my own culture, and who I am, you know where my family comes from and things like that and there are times where I would wrestling somewhere and a lot of people know that I was brought up in Lucha Libre and I played a lot of masked characters and things like that and yeah there have been times when I was asked to portray different characters to fit in with what was believed to be portrayed by me.

“I have never been able to just be myself so really the thing about CC was such a big deal for me is that here have been times I have been asked to be things I am not – a Mexican wrestler, a Japanese wrestler or things like that and been portrayed as something I am not. For once I came in and again this is why it feels like home here because I just simply asked if I could be myself and they said: “Yes, that’s exactly who we want you to be”. You know winning and everything and all that was nice but it made it special for me because it was the first time I got to be myself.”

On if it was difficult fitting into the WWE locker room culture: “No, not at all really, I mean the thing about, I mean it can and it can’t be sometimes, but the thing about professional wrestling is you know especially for somebody who has a career like in my case you put in a lot of years in other places and in those other places you share a locker room with a lot of the same guys who are you know in WWE today so, in my case it was easy because a lot of these guys have been in lockers rooms for, you know, 20 years.”

On whether or not the 205 Live slot moving and being taped before SmackDown Live affected crowd reactions: “You know it’s funny, a lot of people, a lot of the wrestlers included spoke about it before it changed about going on before Smackdown as opposed to going on after Smackdown. But there were actually times in the last few years that we for one reason or another, just specific cities where we did go before Smackdown just because of scheduling or logistics and something like that and they were good cities too.

“I remember there was one time we had television tapings in Philadelphia and Washington DC maybe, and I want to say we were doing Tribute to the Troops or something like that, it was a special week. So, we taped part of our show before Raw in Philadelphia which is an amazing wrestling city and we taped before Smackdown as well which was in Washington which is in the North East which is a good area for wrestling. And it was the same reaction. So a lot of times it didn’t really change anything. Even now I feel like it doesn’t really matter. I think at the end of the day the real filter is you have to be who you are and you have to be good at what you do. and you have to make a connection so that people want to follow you.”

Check out the complete TJP interview at FOXSportsAsia.com.