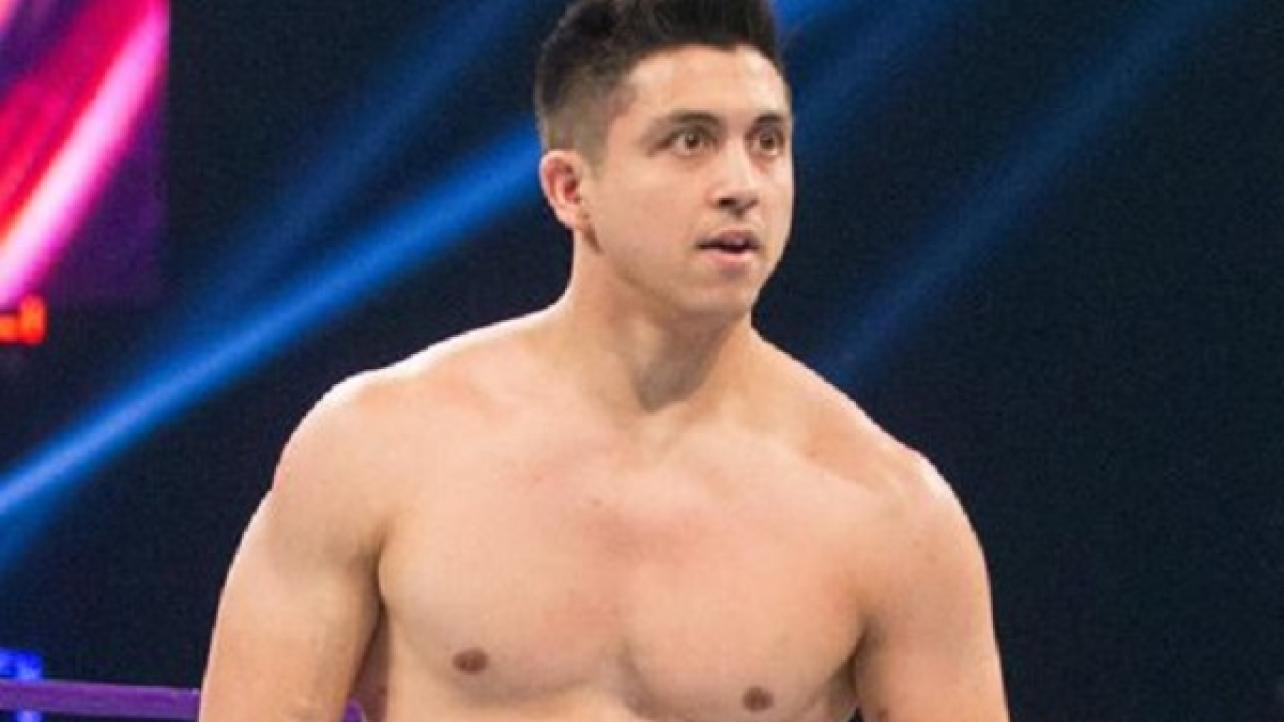 TJP recently spoke with the folks from Wrestle Zone for an interview. Featured below are some of the highlights from the discussion, which includes discussion about his time in WWE, recent Impact Wrestling return and a tease for an upcoming “significant mystery” appearance.

On his experiences with WWE and 205 Live: “Well I always have been a firm believer in controlling—I don’t want to say destiny, because that’s probably the wrong word—I feel like I can thrive or have fun in any atmosphere. I didn’t really mind any of the variables so much. Really the good thing was that you get a chance to go out there and rock and roll, which is not something everyone can say they get to do ever necessarily. At times it could be frustrating because there are ‘handcuffs’ involved, and that’s not necessarily only 205 related, that’s just the system in general. You’ve got a little bit of ‘column A’ and ‘column B’ in there, but for the time that it was, especially in the beginning, was a really exciting time.”

On the similarities between being part of the WWE roster and being part of the cast of a TV series: “If you think about wrestling as a whole—and this is a generational thing, strip away all the details and things like that—we are really talking about a television show. I know that’s something everybody’s heard before, but if you set aside the bias and social narratives, all of that, and look at it for what it is, it’s a television show. WWF/E is a television show, it’s what you grew up on.” Perkins said. “I grew up on WWF, but just like Sons Of Anarchy or Breaking Bad, any television show, you’ve got 5-10 characters that the show is really based on. They’re going to go through several years and seasons of a character arc, and then the show essentially is finished.

“Wrestling is like it’s being reborn, but it’s reborn with a new cast of the same set of 5-10 characters. I grew up and it’s like Hogan, Macho Man, Jake ‘The Snake’, ‘Million Dollar Man’, Roddy Piper, these 5-10 guys where that’s what the television show was. Five or six years go by, and their character arcs have run their course, and you basically get the series finale, and the show is reborn with a new cast of Bret Hart, Shawn Michaels, Razor Ramon, Diesel, and there’s this new set of characters, and it is what it is. Wrestling is funny because we are a television show built like any other show but we have a roster of 200 people. Really the show is only about ten guys, and everyone else is really not on the show. A Cruiserweight on WWE’s programming is kind of like a random cop in an episode of Supernatural, but that’s really not the character arc you’re following. That’s really the way wrestling is almost everywhere, but with the way that time has progressed, the way technology is with streaming services and stuff like that, there are all of these different ways to watch different wrestling products.”

On his recent Impact Wrestling surprise appearance, his status with the promotion and a tease for some upcoming “mystery stops” on his schedule: “I said the other day that I did pass through. I was there for a good time, not necessarily a long time, but that’s just for now. I’m Filipino, so this reference might not land with everybody—‘the jitney is still moving.’ Hopefully I’ll return there and maybe ‘park’ there at some point, but for right now it was just a pleasant stop on the way. I’m pretty sure I’ll make a lot more stops there in the near future for sure, some stuff will be coming up. I also have some other pretty big, significant stops to make, which will remain a slight mystery for now.”

Check out the complete TJP interview below, or at SoundCloud.com.