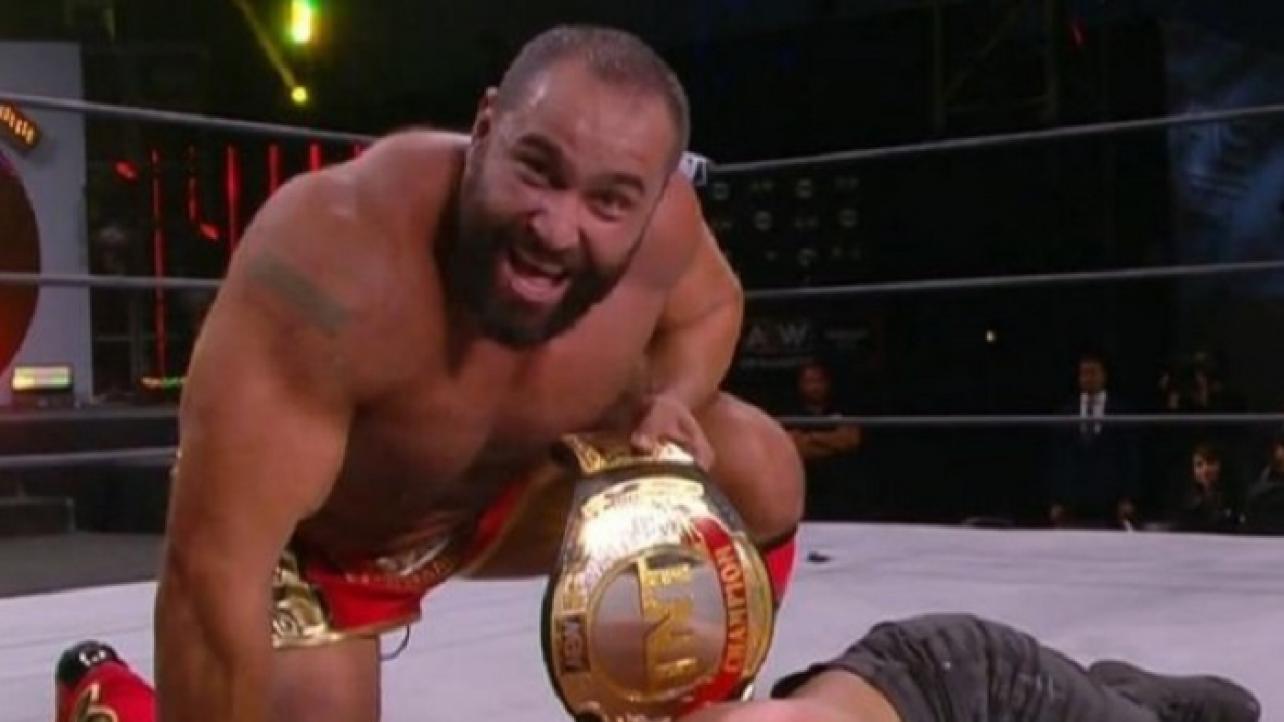 A championship match is official for the AEW Friday Night Dynamite special leading into the upcoming AEW Double Or Nothing pay-per-view.

During this week’s edition of AEW Dynamite on TNT from Daily’s Place amphitheater in Jacksonville, Florida, the new TNT Champion Miro cut a promo announcing that he will be defending his TNT Title at the special Friday Night Dynamite show just two days before the Double Or Nothing PPV.

Miro did not announce an opponent for the bout, however it was announced after the segment that it will be none other than Dante Martin.

Make sure to join us here on Friday, May 28, 2021 for live AEW Friday Night Dynamite results coverage.