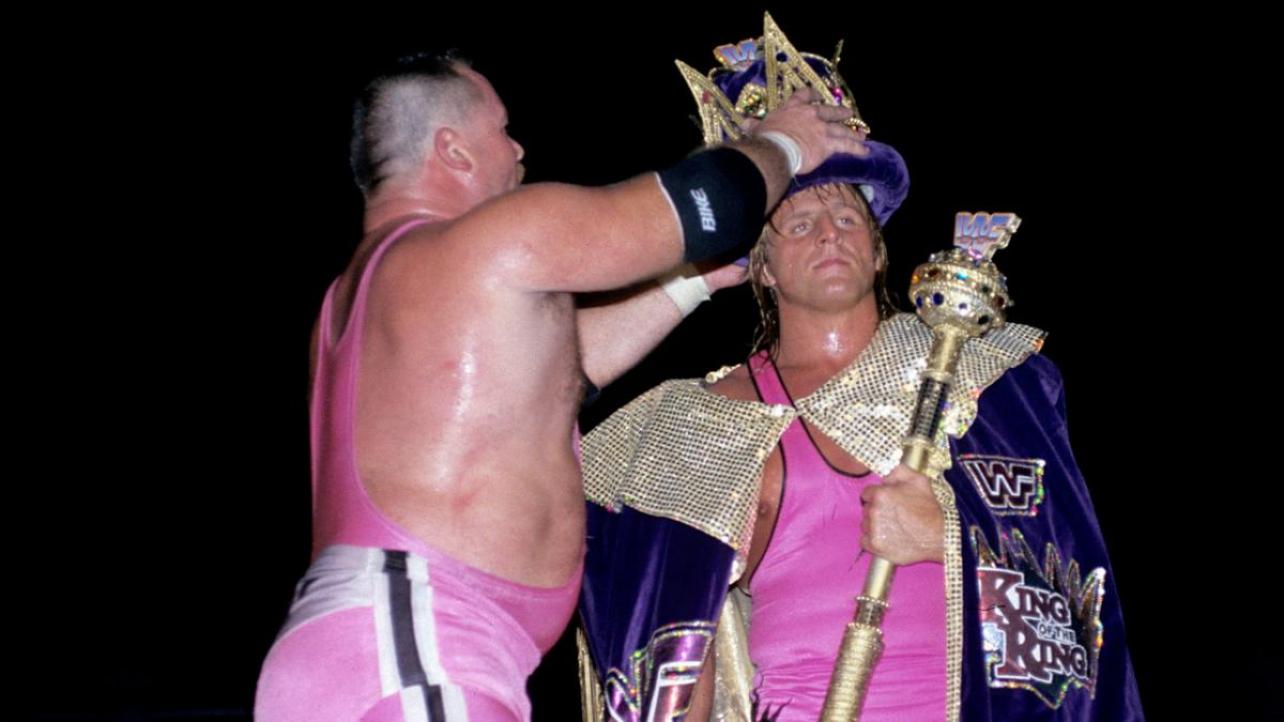 During his recent appearance on That 90’s Wrestling Podcast, Todd Pettengill reflected on the 1994 King of the Ring Coronation Ceremony. Check out his comments below.

On Owen Hart breaking an “unwritten rule” during the ceremony:

“Things got a little heated at the King of the Ring coronation with me and Owen. I’m a little foggy with it now, but I remember, there’s usually an Unwritten rule that you don’t put your hands on the announcer, at least there was then. There was some back and forth and then I think he had me kneel. I did it, you know, but he pushed me pretty good. Afterward, I let it all go because when you’re on oh, what are you going to do? What am I going to say, ‘Don’t touch me?’ You can’t be that way. Afterward, I went up to him and I said, ‘Look, I don’t appreciate it. Don’t touch me again, please’.”

On Hart’s reaction to the confrontation:

“He could not have been more apologetic. ‘I’m sorry. I was in the heat of the moment. I’ll never do that again.’ You try to avoid [those moments] but he was, again, one of the greats, man. He could put over any storyline. He was just amazing.”

After defeating Tatanka, 1-2-3 Kid, and Razor Ramon, Owen Hart became WWE’s King of the Ring. Hart went on to challenge his brother Bret at Summerslam ’94, in a steel cage match for the WWE Championship.