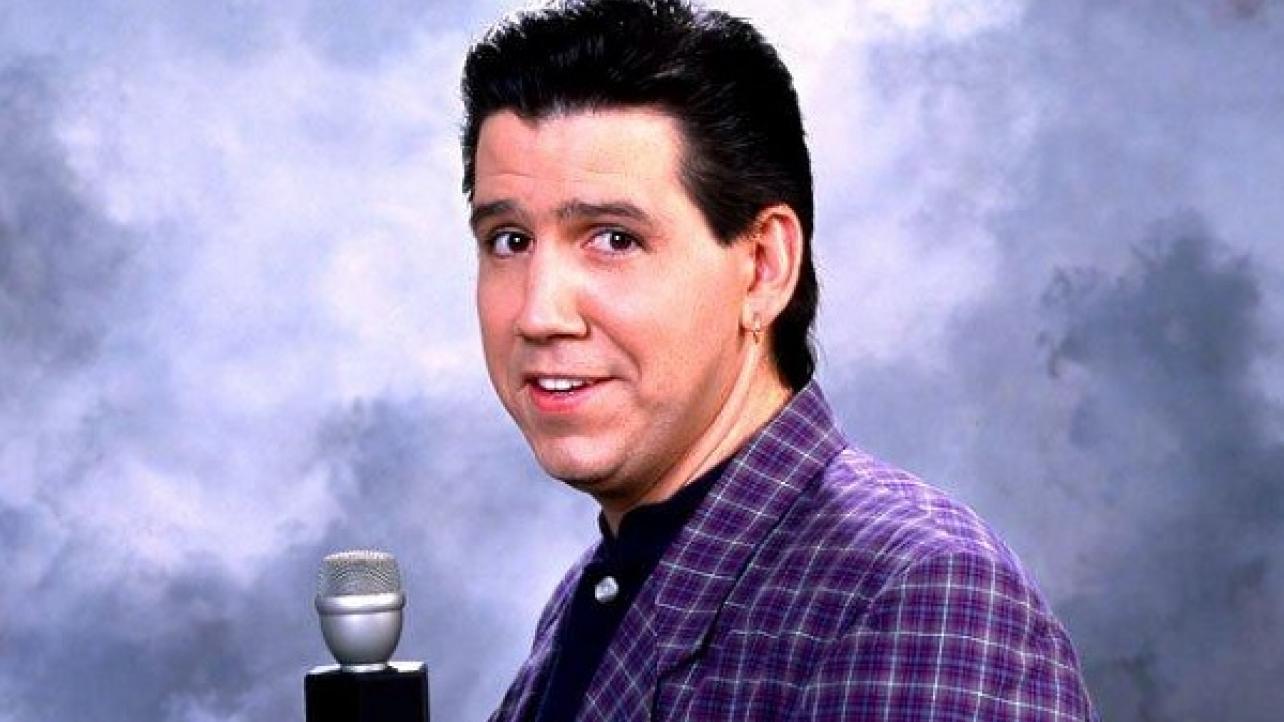 On how he got the job with WWE: “Vince listened to me on the radio and then called me out of the blue. He said, ‘Listen, what do you know about wrestling?’ I said ‘Absolutely nothing,’ and he said ‘Perfect, how’d you like to audition to host a show?’ That’s how it started, he really wanted someone with an outside perspective, someone who comes in and learns it as they go.”

On his first experience in front of the cameras working for WWE: “It was hard, you can’t really cram that amount of knowledge into a two day period. Vince called me on a Tuesday and then scheduled me in to meet him on a Thursday. They sent a town car, which was a thrill for me at the time. They brought me to the studio, and everybody was the nicest to me immediately. Vince put me on ice for a minute, so I was just sitting and looking around, I had no idea what to expect. I opened the door and saw that shadow right out of a movie, it was distinctively Vince McMahon. He walks in and shakes your hand with that 100 pound grip and says “How ya doing, pal?” He threw me a bottle of water and started rolling the cameras, telling me I had to sell it to him in two minutes flat. I riffed on it, hit the countdown, and he seemed impressed.”

On how big the pro wrestling business and WWE in particular was at the time: “Here we are in Vegas, we’re outside, 1000s of people, and I’m in a toga. I think there was a Bill Clinton lookalike, I know we had a couple of those. And that was big, man, I mean. You realize the magnitude of what you’re doing. You see that you’re going to be in a toga, and I’m like ‘What the hell?’”

On struggling to lose kayfabe behind-the-scenes when the cameras are turned off: “My whole vernacular with these guys was, and I do it to this day, was to never call wrestlers by their real names. For me, I had to stay in that moment. There were a lot of guys who would switch when they’re not on camera, but for me, it was always ‘Hey, Hulk!’ For me, I had to stay completely in character, I wasn’t smart enough to distinguish everyone.”