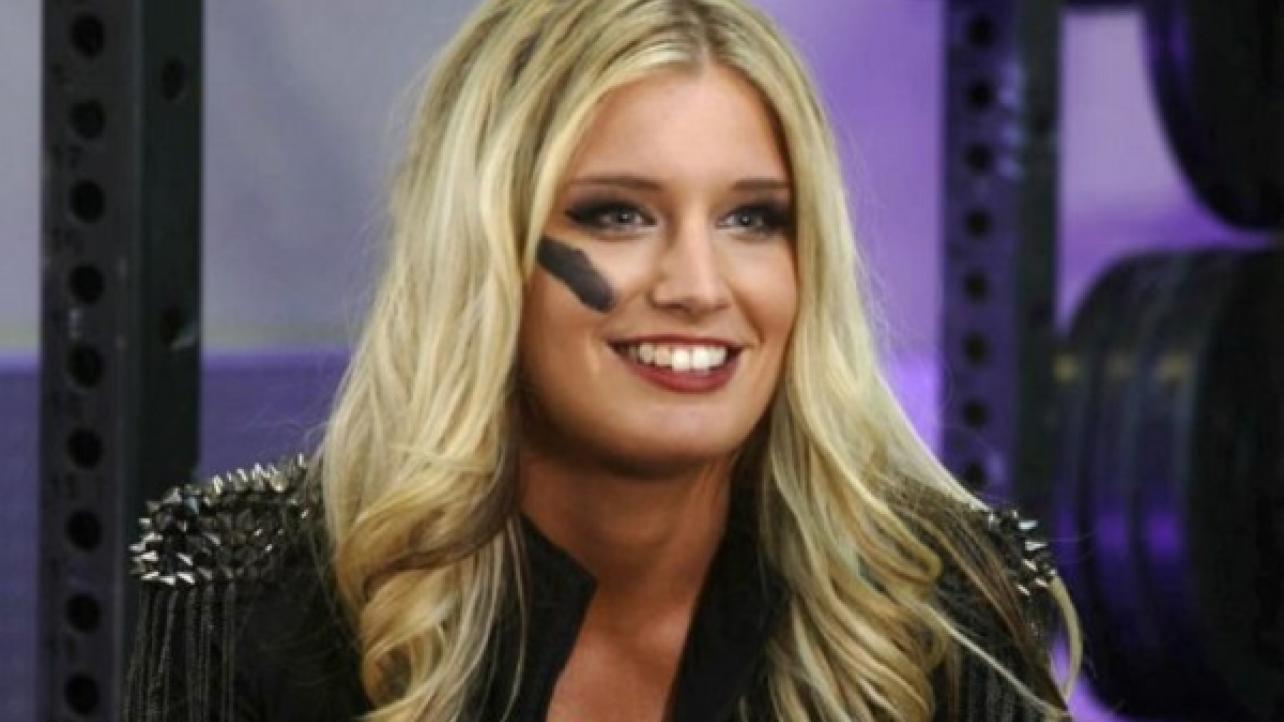 Toni Storm recently spoke with the folks from The Mirror for an interview about the Mae Young Classic, being compared to Chris Jericho and more. Featured below are some of the highlights.

On appearing on a WWE roundtable episode along with Trish Stratus and Sasha Banks: “Oh, to me it’s all like a weird dream now that I look back. I was sat there, doing an interview with the most popular women in wrestling. I couldn’t believe what was happening. It just all feels like a dream now and it felt like a dream at the time! But it was incredible, I’m so blessed that I got to have that experience. … [Laughs] Yeah. I’m normally … funnily enough I can be a little bit of a nervous person, I’m a bit shy sometimes, but that was ridiculous! I was sat there with Trish Stratus for God’s sake! It was insane. She is absolutely lovely, so is Sasha, and they made me feel very welcome and very accepted, so it was absolutely incredible.”

On posing with Triple H and Stephanie McMahon for a photo after winning the Mae Young Classic and what they told her: “They just congratulated me and said they really enjoyed it. To be honest though, I was in a whole different world, I couldn’t believe what was going on around me and I couldn’t believe who was there. They were so nice – it was like no other experience ever.”

On being compared to Chris Jericho by Mark Henry and others: “[Laughs] It’s just crazy isn’t it? I’m just little me, that pops along each day and tries my best, then I have such massive names saying such nice things about me. It’s so lovely for them to take the time out to watch me and praise my work. I can believe I have such big names praising me. He’s the World’s Loveliest Man. I thought that was one of the biggest compliments I’ve ever received because Chris Jericho is incredible, one of the biggest names of all time, and he’s been a huge inspiration for me, since I was a kid. To be compared to my idols is kind of surreal. I’m happy with that compliment, it’s the ‘World’s Strongest Compliment’ if you will!”

Check out the complete Toni Storm interview at Mirror.co.uk.