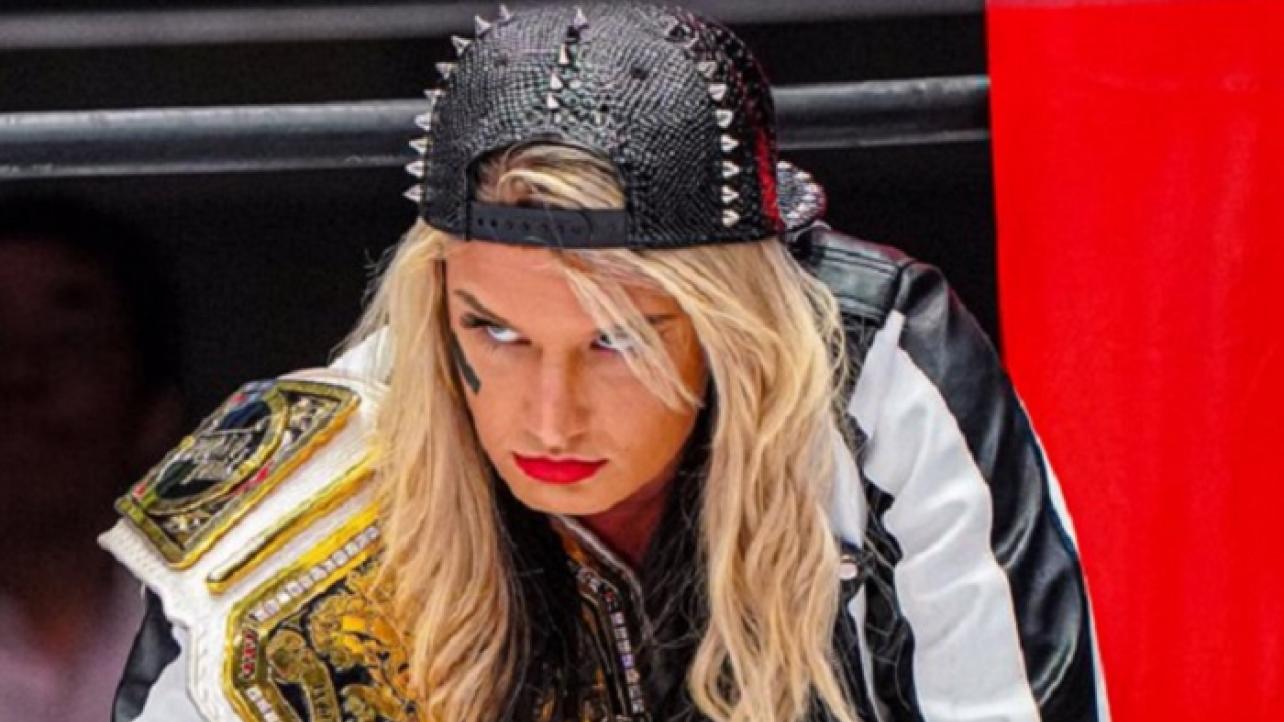 Could Toni Storm be AEW-bound by March of 2022?

As noted, the former NXT UK Women’s Champion parted ways with WWE, with the news breaking on Wednesday evening. Reports claimed Storm requested, and was granted, her release from the company.

Following her release, AEW Women’s Champion Dr. Britt Baker took to social media and shared a photo of the fellow women’s wrestling star (see below), which has led many to speculate that it’s only a matter of time before “Toni Storm is #AllElite.”

There is no word regarding the status of the non-compete clause that was included in the WWE contract of Storm, however most contracts with the company generally feature a 90-day non-compete clause, which would make her a free agent in late-March.

We will keep you posted here at eWrestling.com as updates regarding Toni Storm continue to surface.