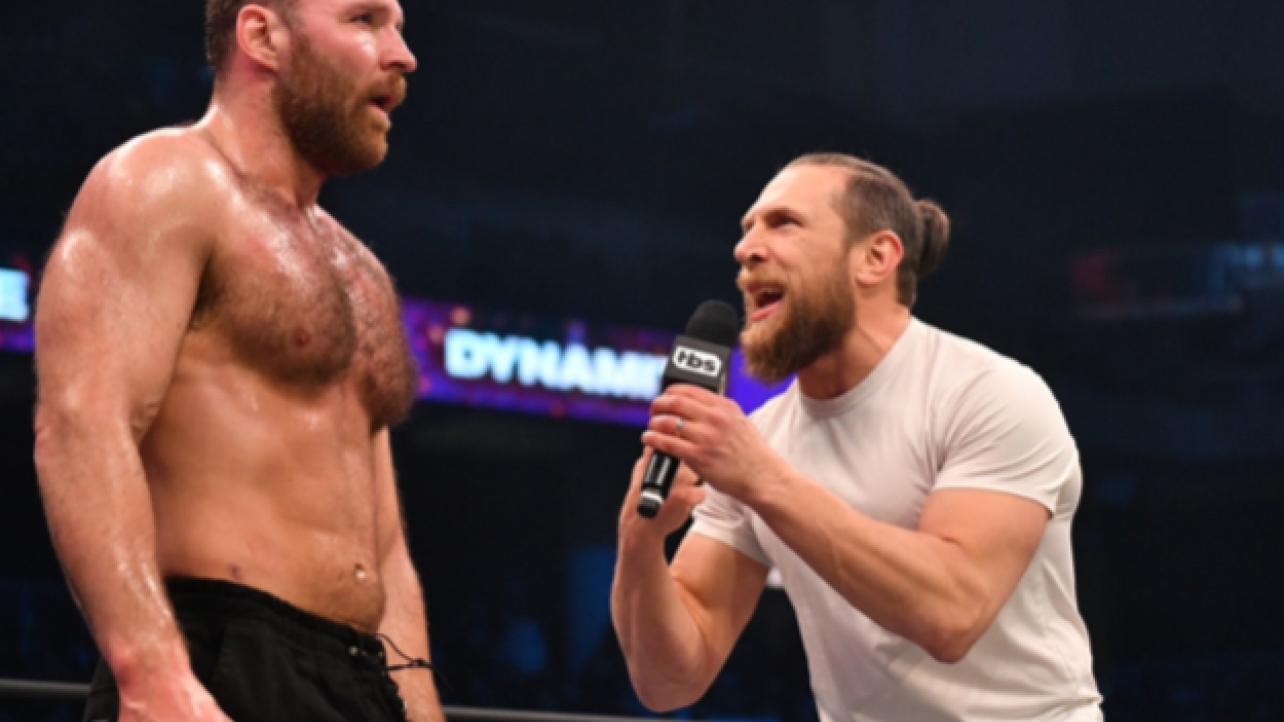 Tony Khan recently spoke with Jim Varsallone of Miami Herald for an in-depth interview promoting this week’s AEW programming, as well as the AEW Revolution 2022 pay-per-view this coming weekend.

During the discussion, the AEW President spoke about the Jon Moxley vs. Bryan Danielson match scheduled for the aforementioned PPV, which goes down this Sunday night, March 6, 2022 from Addition Financial Arena in Orlando, FL.

Featured below is an excerpt from the interview where he touches on this topic, as well as how Mox played a big role in helping bring Danielson to AEW from WWE.

“Well, I’m very excited for [Bryan] Danielson versus [Jon] Moxley. Those are two of the best wrestlers in the world and I’ve been really excited for this match, as much as anything on the card and I think they’re just gonna have a fantastic, fantastic bout and I’m really looking forward to that one. I think through their interviews and through being that connected on TV, it’s a match people are very invested in now. Jon and Bryan have created a very, very interesting story here. People really want to see what’s gonna happen with the two of them and I think they’re just gonna have an awesome match here and you know, ever since Bryan came in, I don’t know if people know, Jon Moxley’s a big reason why Bryan Danielson came to AEW in the first place. He really vouched for this place. He gave his word to Bryan that this is a great place to work and that helped connect me to Bryan Danielson, that Mox gave him that reference, that you know, I’m a good person to work for and this is a good company to come to and Bryan Danielson is one of the biggest wrestlers in the world, one of the most recognizable, famous, successful pro wrestlers on the planet and when he came to AEW, it was a huge for us and their story goes back a long time. They know each other very well and I think they’re gonna have an amazing match.”