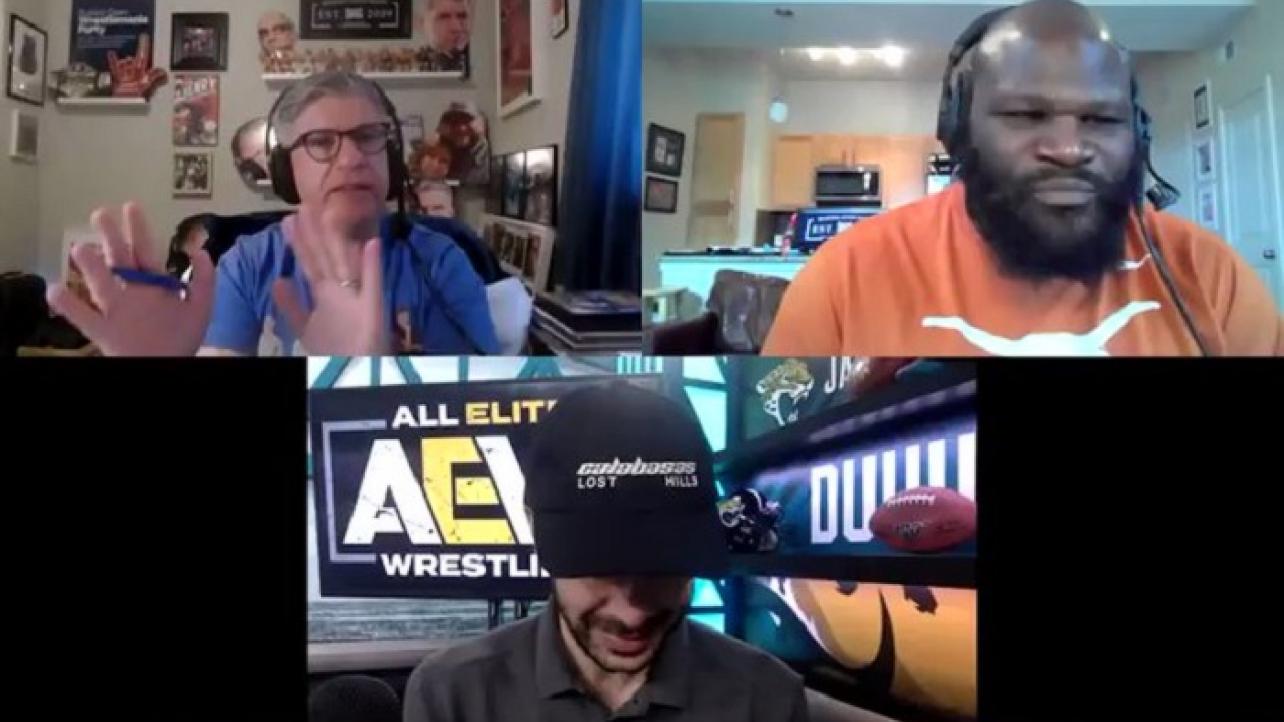 It looks like “The World’s Strongest Man” could be appearing inside the squared circle for All Elite Wrestling.

… and perhaps more than just once.

AEW President Tony Khan recently joined Mark Henry and Dave LeGreca on Busted Open Radio for an interview, during which he spoke about the potential AEW in-ring debut of Henry, and how the recent acquisition of the WWE Hall Of Fame legend, along with Andrade El Idolo, have helped compile the best overall talent roster in the business today.

Featured below are some of the highlights from the interview where the AEW boss man touches on these particular topics.

On how Mark Henry may wrestle more than once for AEW: “It’s gonna be great. Who’s to say it’s only going to be one? And Mark’s in great shape. He looks great, and I’m very excited. I think it could be more than one match. I think that’s very exciting, and it was a big announcement.”

On how Henry and Andrade El Idolo acquisitions in recent weeks have helped compile the best talent roster in the business: “And having Mark Henry here and now also having Andrade El Idolo here, that’s really awesome. And so we got some awesome legends. We got some of the top young stars right now, and it’s been really awesome few weeks for us in terms of stacking the roster. And I think we already had, in my opinion, the best roster in wrestling.”

Check out more from the Tony Khan interview on Busted Open Radio via the tweet embedded below, and by visiting Apple.com.

.@davidlagreca1 really wanted more out of @TheMarkHenry‘s segment on last week’s #AEWDynamite … they talk the #AEW roster & more with @TonyKhan, who has a response for some words that made the rounds yesterday about women’s wrestling ️ ️@AEW @RealBrittBaker @AEWonTNT