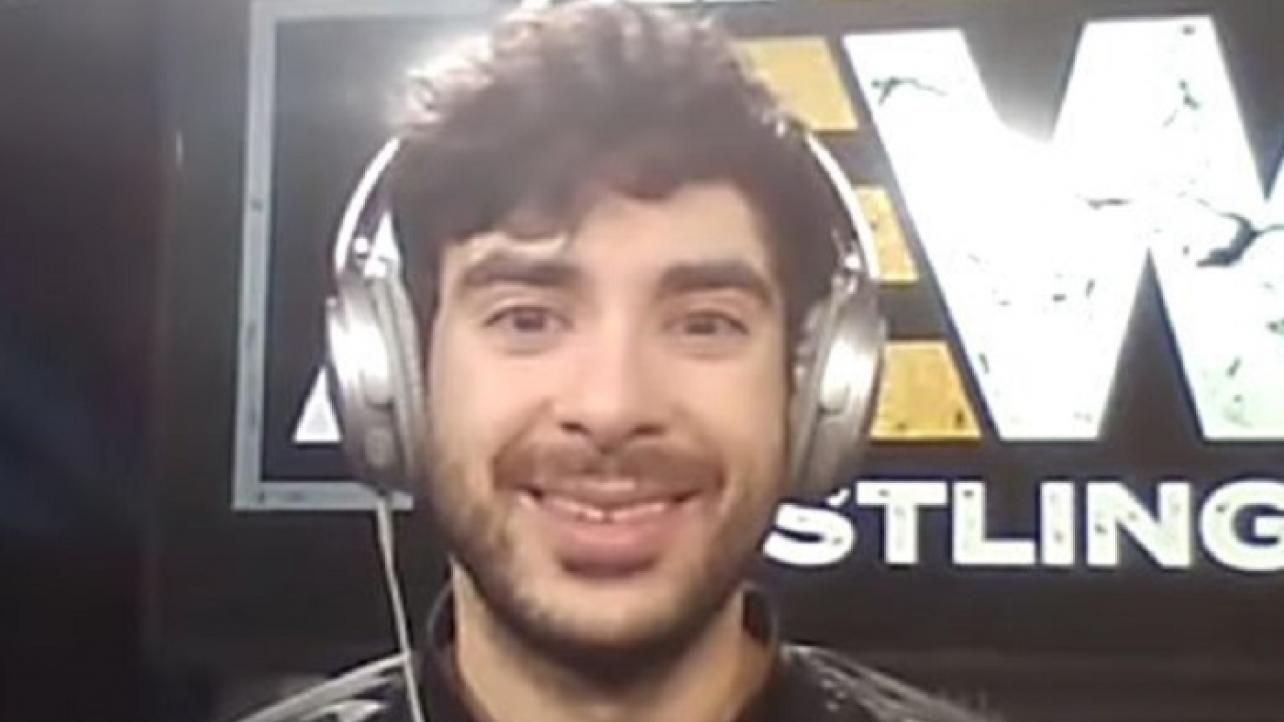 Tony Khan recently appeared as a guest on the Sirius XM program Busted Open Radio for an in-depth interview covering all things pro wrestling and All Elite Wrestling.

During his appearance on the popular pro wrestling program, the AEW President & CEO spoke about how the new AEW Dark: Elevation series has been helpful, the recent house show event that AEW promoted and the possibility of more non-televised live events in the future.

Featured below are some of the highlights from the new Tony Khan interview.

On how AEW Dark: Elevation has been helpful to him ahead of getting a third-hour on TNT: “It’s great. It’s helped a ton. Elevation has been a great help to me. It’s been good practice, honestly, in terms of getting ready for the third hour on TNT and getting prepared to weave stories and have more big matches and put together a deeper roster. We’re going to need when we’re doing a third hour on TNT, this year.”

On AEW’s recent house show: “We had an awesome crowd. Over a thousand paid fans and we did over $18 a head on merch. It was just a huge success of a show. But the most important thing about it was, to me, giving the fans a great show and also giving an opportunity to a lot of the younger wrestlers to perform in front of a legit crowd. Over the last year plus a lot of people haven’t had that, and for the younger wrestlers that’s really valuable experience. So for Jade (Cargill), Dante Martin of Top Flight while Darius is injured, for Cezar Bononi and a lot of the young wrestlers it was a great experience. It was a great hot crowd. What I told the crowd is this wasn’t a house show; this was like an ECW Arena show. When I was thirteen years old I went to the ECW Arena and that show, that night, everybody who was a hardcore wrestling fan wanted to know what happened there. But you had to go on your lousy dial up internet then to find results. Now people will be on their phones, thirty seconds to a minute later, with actual video clips. That was the last night Chris Jericho was in ECW. It was a really special night. I saw his last loop there, his last two matches against Sabu and Too Cold Scorpio. And now Chris is such a huge part of my life and the fans lives in AEW.”

On the possibility of future AEW house shows: “It was fun to put together. It was a cost effective show, I’ll be honest. The wrestlers had been in town. We had been doing Dynamite and it made a lot of sense for the guys to stick around and do the show. The guys and girls put on one of our best events. Like I said; it’s like my ECW Arena show. The other part of the speech I gave to the crowd was that this wasn’t going to be available on some lousy VHS. This will be available to you to watch, for everybody. I’m not sure where I’m going to disseminate it or how yet, but it’s going to be a great piece of content we have in our back pocket. It’s an important part of our library now. I think there’s going to be pent up demand for seeing the show, which is great. I think it bodes well for doing more of them.”

Check out the complete interview at PodParadise.com. H/T to Wrestling Inc for transcribing the above quotes.