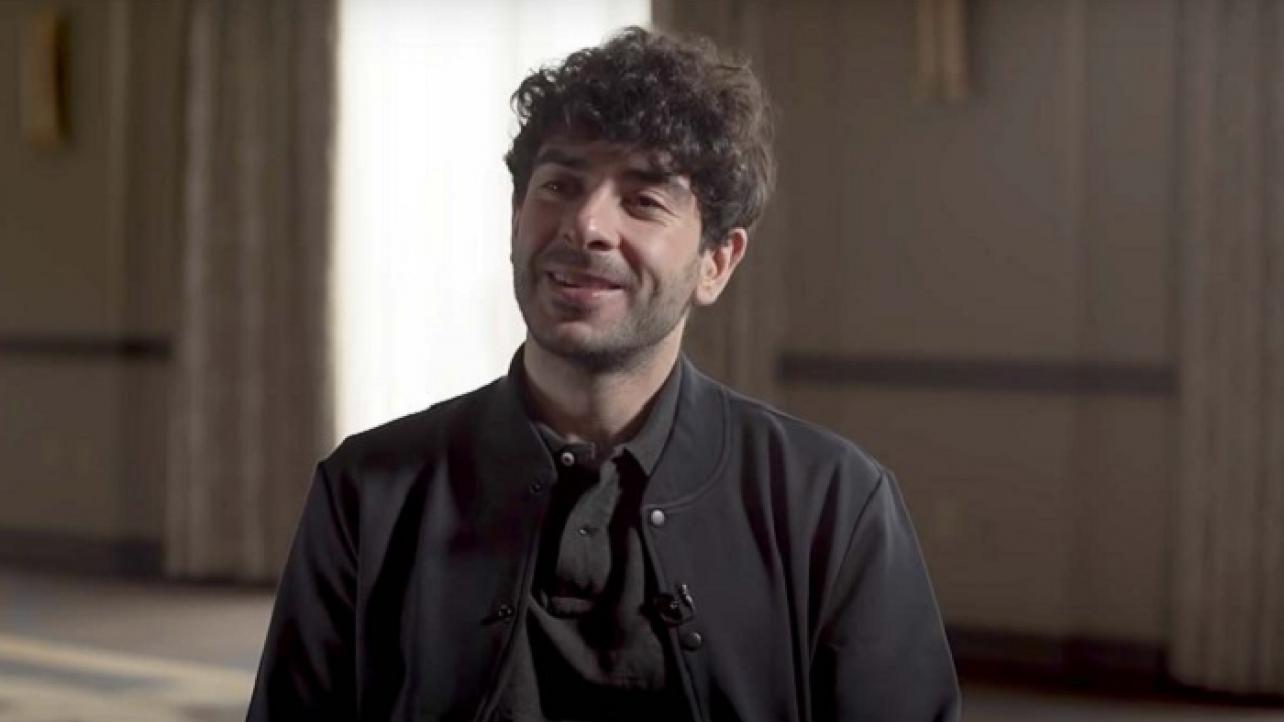 As noted, Tony Khan appeared on Barstool Sports’ “Rasslin'” podcast on Wednesday to promote the debut of AEW Dynamite on TBS this evening.

In addition to making an AEW Beach Break 2022 announcement on the show, the AEW President also teased some big surprises coming to AEW in the next six weeks, as well as addressing whether or not fans can expect AEW Battle of the Belts specials quarterly after the inaugural special event this weekend.

On whether or not the AEW Battle of the Belts special event will be presented quarterly after the inaugural show this weekend “They will be Saturday night quarterly specials. Saturday night fight night in prime time. They will all be an hour at 8pm. It was something that along with the move to TBS, I was talking to TNT, and we had something really great going with TNT, in addition to TBS. They love Rampage. Rampage has been such a hit and it’s exceeded all our expectations. We had a great lift in ratings at the end of the year thanks to some great wrestlers and some great wrestling. Now Rampage is still on TNT on Friday nights and Battle of the Belts is quarterly on TNT.”

Check out the complete Tony Khan interview from Barstool Sports’ “Rasslin'” podcast via the YouTube video embedded below. H/T to WrestlingNews.co for transcribing the above quotes.