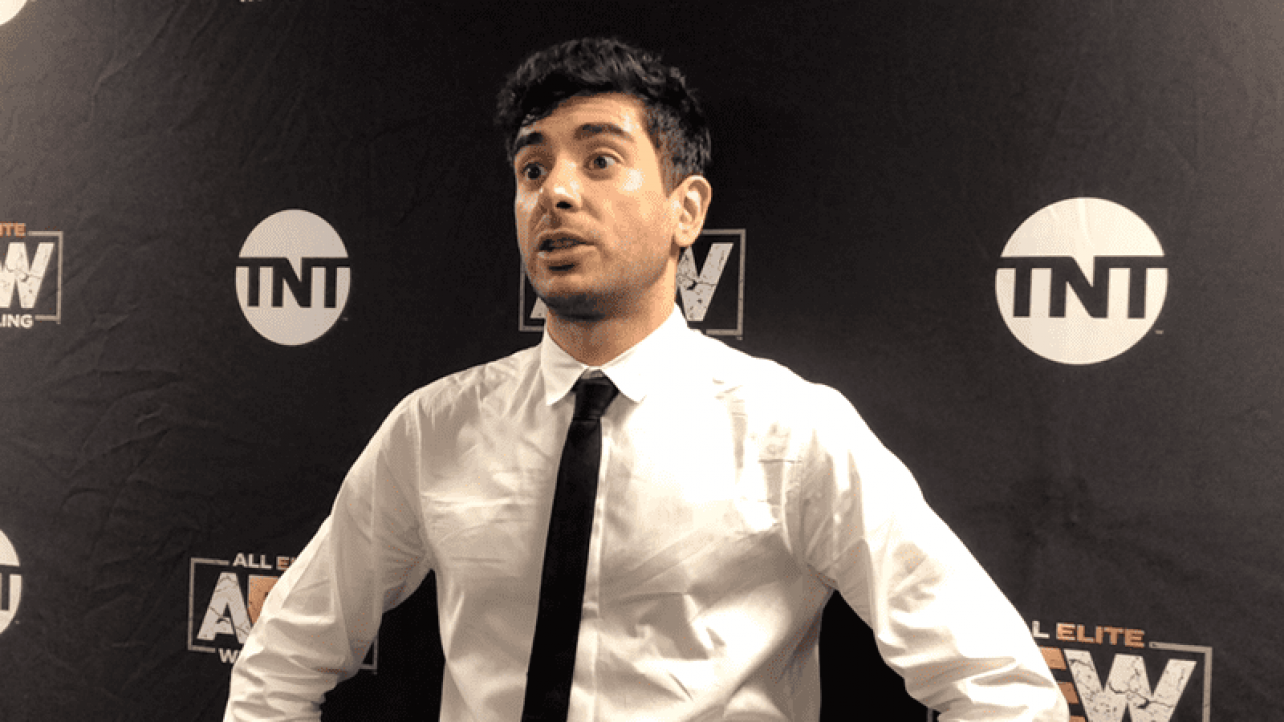 AEW currently has three shows to tape each week, including Dynamite, AEW Dark, and AEW Dark: Elevation. The promotion will soon add AEW Rampage into the mix, and many fans have wondered how the company will juggle all of the tapings moving forward.

Tony Khan provided fans with an update on AEW’s taping schedule, and explained:

“It’s going to be different formats. I’ll give you some scoops. I’ll break the news. With Rampage, there’s going to be some weeks Rampage will be live and there’ll be weeks where we plan to tape Rampage after Dynamite, including here at Arthur Ashe stadium, where we will be filming also after. We’ll do Dynamite live and we’ll also film Rampage, and in some of the markets where we have these amazing crowds, I think it’s okay… We can take advantage of it and give them Dynamite and Rampage. There are also going to be times where we’re going to do a lot of live Rampages. We’re going to have a live debut. We’re going to do some great live episodes. The Go Home will be live for All Out at the Sears Center, and also we’ll be live for the Go Home in St. Louis and it’ll be great. We’ll also be… so it’ll be Rampage. It’ll be really, really special for us. I think it will be, sometimes we’ll do it after Dynamite. We’ll do Dynamite, then we’ll do Rampage. Sometimes if Rampage is not live, then that’ll be one taping… Before Dynamite, we used to tape Dark. That’s going to change. I’m going to tape Elevation before Dynamite now. So it’s going to be a shorter Elevation and I may add matches that I’ll explain where I’ll add them from. I’m going to procure a venue for use to tape Dark and other content that’ll be great. And I’m really looking forward to this. I think it’s going to be tremendous and it will be where we’ll shoot Dark and we’ll do tapings. And it’ll be, as it’s been, it’s been a developmental situation and it’ll continue to be developmental. And it’s been great doing it all under one roof, all at one taping. There have been advantages, but there’ll be some advantages now to doing it as its own taping and being able to give 100% attention to these and not having to also to think about Dynamite and soon Rampage and Elevation also.”

AEW Rampage will debut on Friday, August 13th, and air on TNT.