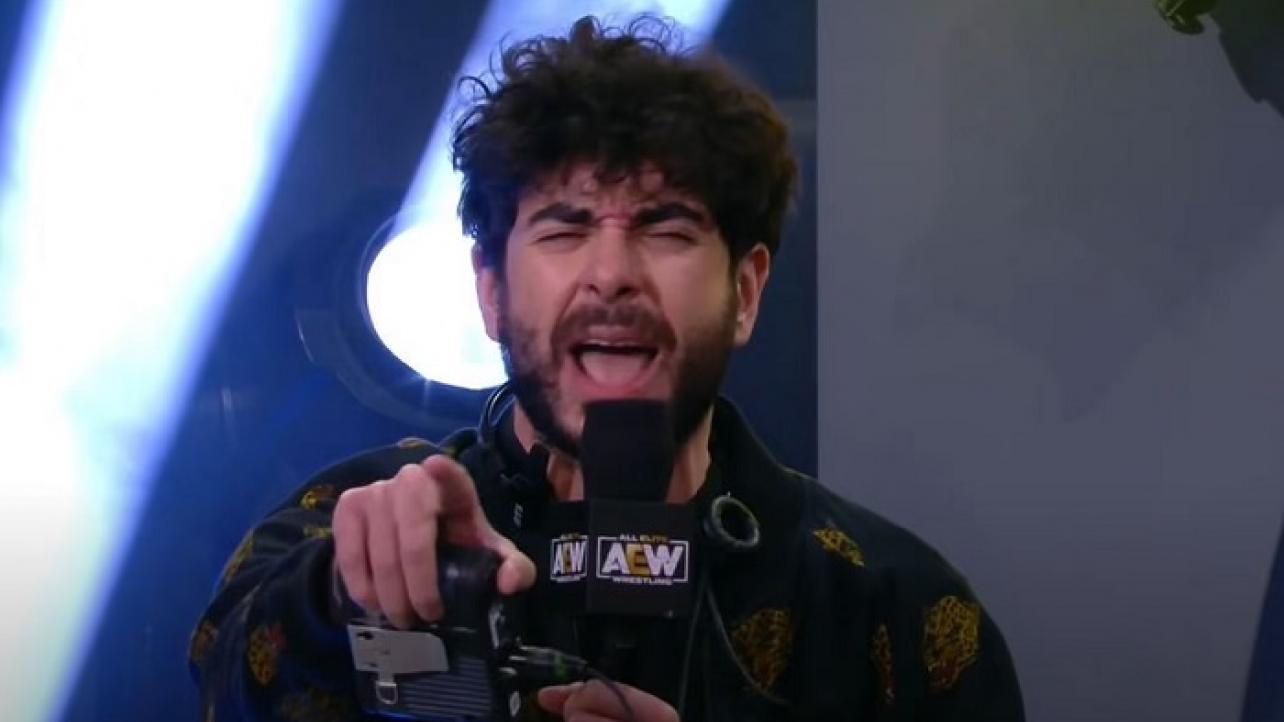 Could AEW be preparing for another influx of big-name talent in the near future?

Tony Khan recently spoke with the folks from DAZN for a promotional interview to hype the AEW Winter Is Coming 2021 special event on TNT on Wednesday night.

During the discussion, the AEW President teased more potential big talent signings coming at some of the big upcoming year-end and beginning of the New Year events, such as the AEW Holiday Bash edition of Dynamite, the Christmas Day edition of AEW Rampage, the AEW Dynamite on TBS debut episode and the AEW Battle Of The Belts 2022 special event in January.

Additionally, Khan reflected on the AEW All Out 2021 and AEW Full Gear 2021 pay-per-view shows, and looked ahead to the AEW Winter Is Coming 2021 special event on TNT.

Featured below are some of the highlights from the interview where the AEW boss-man touches on these topics with his thoughts.

On following up on the two most recent pay-per-views in 2021: “Are you a movie fan? Those two pay per views were like Godfather 1 and 2 for me. The plan now is to make the next stage just as impressive and not just provide something okay like Godfather 3. I don’t want to give wrestling fans a product that is just okay. Those two films are amongst my favorite movies, and it showed that you can deliver something that people love and then follow it up with something similar.”

On the AEW All Out 2021 and AEW Full Gear 2021 pay-per-view shows: “At ‘All Out’ we had that amazing finish to close the show that gave us a platform to give even more going forward. ‘Full Gear’ allowed us to have Danielson against Miro in the world title tournament final. We had Adam Cole in a brilliant six-man street fight and then there was CM Punk following up his win over Darby with another great match against Eddie Kingston. ’All Out’ saw the top end of our roster get a fresh look but we had the opportunity to show that off at ‘Full Gear’ which meant our new guys combined with the great talent we already had were able to go out and put on a great show. It was going to be hard to follow ‘All Out’ but like I’ve said, I’m big on giving our fans the very best every time we put on a show and I was really happy with what we achieved at ‘Full Gear.’”

On the AEW Winter Is Coming 2021 special event on TNT: “It’s Hangman Page defending his AEW title against Bryan Danielson. A dream match. Do I have to say anything else? MJF against Dante Martin for the Dynamite Diamond Ring. A wrestler who’s had a really good 2021 against a 20-year-old with one of the brightest futures in the entire industry. What about Serena Deeb against Hikaru Shida? Another match that has the potential to steal the show. This is a show that I’m really excited about and I’m confident that ‘Winter is Coming’ this time around can have the same impact as last year’s version.”

On some more big talent debuts at the AEW Holiday Bash edition of Dynamite, the Christmas Day edition of AEW Rampage, the AEW Dynamite on TBS debut episode and the AEW Battle Of The Belts 2022 special event in January: “I’m more than aware that there’s a number of free agents out there, wrestlers I admire too, but I’ve got to say that you just have to keep watching over these next few weeks and not just ‘Winter is Coming.’ There’s the ‘Holiday Bash’ special from Greensboro, North Carolina, that includes the Christmas Day ‘Rampage.’ We have the last ever episode on TNT followed by the debut episode on TBS. There’s ‘Battle of the Belts’ coming in January. I want AEW to run shows that you just can’t miss, and I think these next few weeks are going to be really exciting for fans of wrestling.”