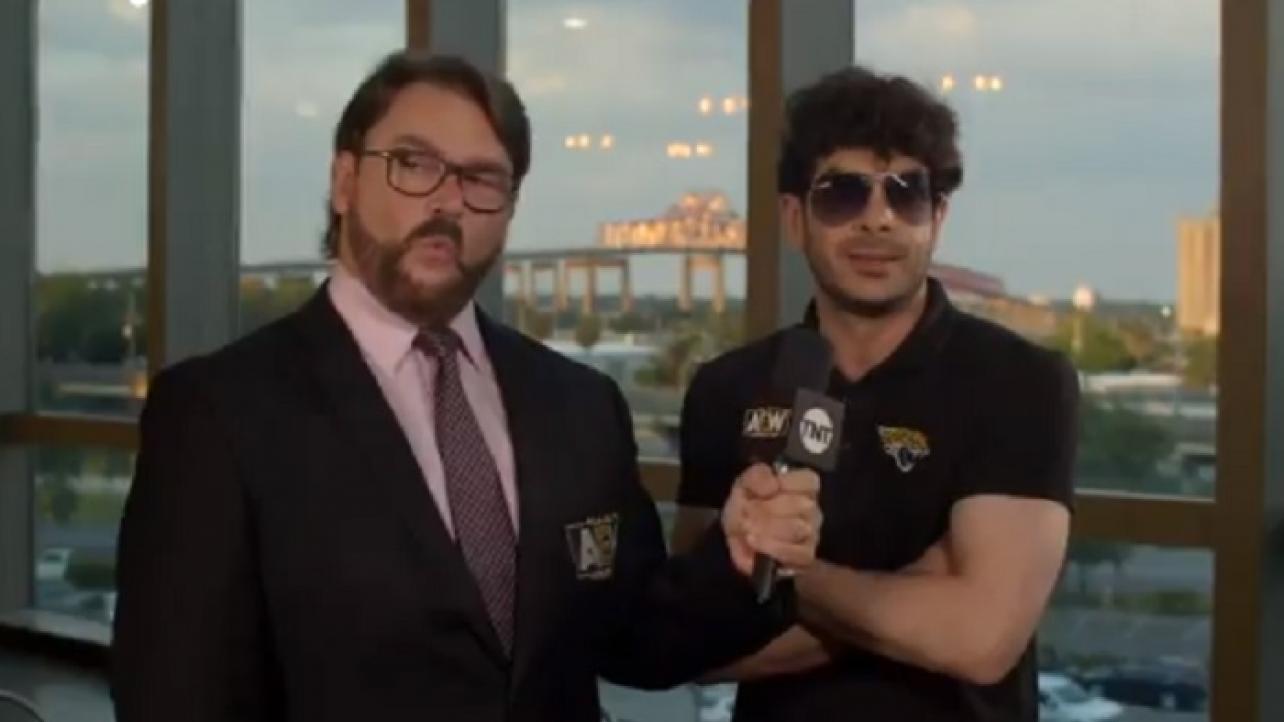 Tony Khan On His Father Doing Business With Saudi Arabian Company, How It’s Different From What WWE Is Doing

Tony Khan took part in a media scrum after the AEW Full Gear 2021 pay-per-view at the Target Center in Minneapolis, Minnesota where he fielded questions from a number of reporters on location for the big event.

In addition to the highlights from the scrum we have already published here on the website, the AEW President also spoke about how his father Shahid Khan’s Four Seasons Hotel business deal in Toronto with the Kingdom Holding Company based out of Saudi Arabia is different from WWE’s dealings with the Saudi government.

Featured below are some more of the highlights from Tony Khan’s post-AEW Full Gear 2021 media scrum.

On his father’s deal was with an individual and not the government: “I’ve been wanting to say something for a long time, I’m just going to say it. I’ve never brought this up, but I see people say stuff online, and me bringing this up will probably make it worse – but I’m gonna say it anyway. My dad bought Four Seasons from a Saudi person (Kingdom Holding Company) five years ago, and that is the beginning and the end of it. It is very much an apples and oranges thing – when you compare the ongoing business relationship (between WWE and Kingdom of Saudi Arabia) to what my dad did, which was purchasing a property from an individual, not the government.”

On how it’s very different from WWE’s business deals with Saudi Arabia: “But I see people say stuff like, ‘oh, Shad Khan does business with Saudi Arabia.’ That’s bulls–t. I’ve seen people bring this up online for years, and they are wrong. My dad is not involved in ongoing businesses, he just bought the hotel years ago. It’s very different to what’s going on with that part of the world (with WWE).”

H/T to Wrestling Inc for transcribing the above quotes.

Tony Khan On His Father Doing Business With Saudi Arabian Company, How It’s Different From What WWE Is Doing