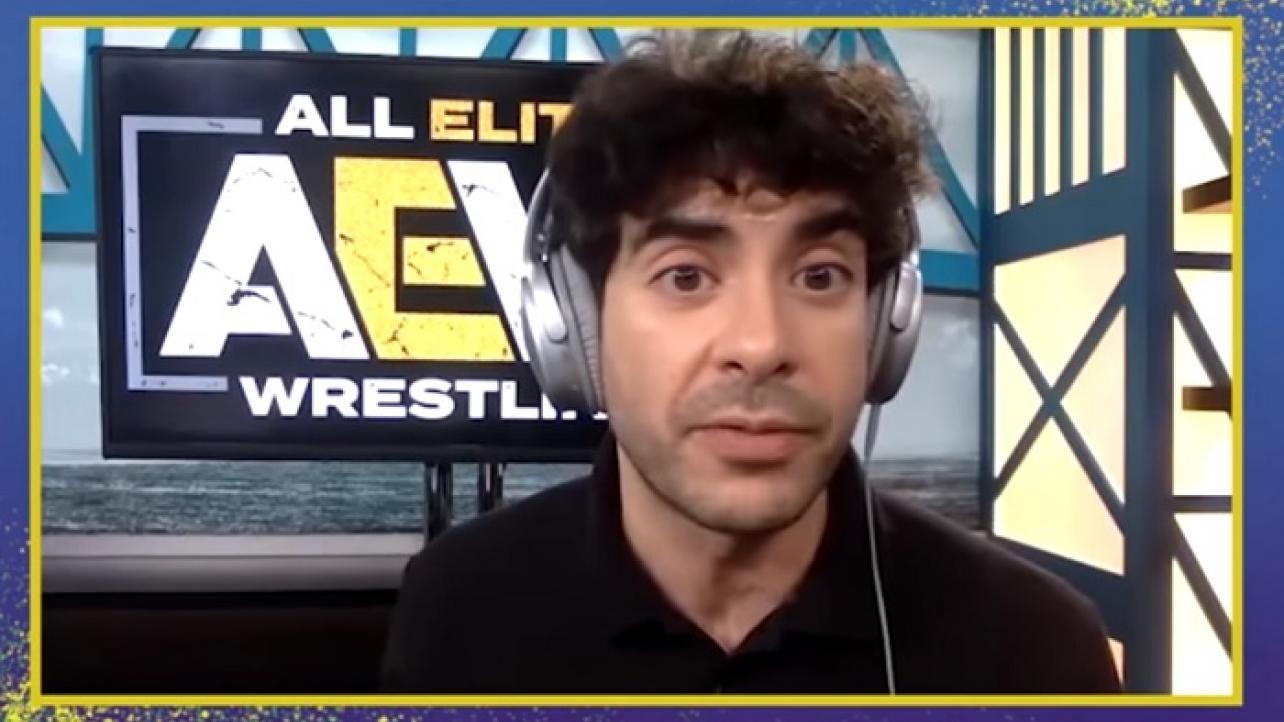 As noted, Tony Khan took part in a media scrum after the AEW Full Gear 2021 pay-per-view at the Target Center in Minneapolis, Minnesota on Saturday night.

In addition to the notes from the scrum we already published here on the website, the AEW President also spoke about the numbers for Rampage on TNT, what the network thinks of the show, possibly changing the time slot and more.

Featured below are some of the highlights from the scrum where he touches on these topics and more.

On the numbers for AEW Rampage: “The numbers that we do are still one of the top shows. I think sometimes people think that the number that you do for Dynamite should be the exact number you do for Rampage, but it’s really an apples to oranges comparison. It’s frequently the number one show in its time slot and it’s beating everything we’ve faced head to head. Very often it’s been one of the top shows, if not the number one show a number of times even out of that time slot on all of Friday night TV. Frequently it’s in the top 4 or 5 so what we do out of that slot is very impressive. They’re really happy with the show, the fans they see if it doesn’t do as big a number as Dynamite to them it’s not as good. The fact is for the time slot it’s in, it’s performed really well and they’re really happy with it so I’m thrilled with it because it’s a great franchise for us. If it were ever to change and be in a different slot I would be the best I could in that slot too and whatever the standard is, if it were a slot where the averages were higher than we’d have to do a higher average. But the spot we’re in we do really really well. So yeah, it’s funny but the weeks that the Fast Nationals don’t leak it’s always a pretty good number, I wonder why. I wonder who leaks them. That’s subjective on their part. We all know what’s happening, I don’t think it’s particularly to their benefit.”

On how the network is happy with Rampage’s performance: “It’s done really well and ask the network in the slot how they feel about it. It’s really good but I get that Dynamite is in a more attractive time slot and that’s also why I put so many awesome matches that would make Rampage a destination for a hardcore wrestling viewer no matter where they go. Even if they have to turn it on in somebody else’s house, in a bar, on their phone, you don’t want to miss Bryan Danielson vs. Eddie Kingston. You don’t want to miss Andrade vs. PAC 2, these are really special matches. Even trying to put something cool last night it was like a throwback to an old cruiserweight match with Dante [Martin] and Ariya [Daivari] where it’s two babyfaces but they were both from here. I definitely think it’s cool having wrestling on Friday nights even if it’s not the best time to draw viewers. There’s something to it, a lot of us grew up on that and it’s a great block and if you’re a wrestling fan that wants to watch everything, there’s a lot of great wrestling on Friday nights sometimes.”

On if he’d move the timeslot for AEW Rampage: “No, I think it’s our time. Obviously going forward everybody knows Dynamite is going to move to TBS after January but Rampage is staying on TNT and as far as I know that’s the slot. Plus Battle of the Belts is coming in January too. Even though Dynamite is moving to TBS, we will actually have another show coming to TNT so it’s exciting.”

On wrestling doing well despite decline in cable and satellite TV subscribers: “A lot of people don’t know this, the wrestling business has done very well in the last 2 years when you consider there was a 9% decline in the last year in cable and satellite subscribers and a 9% decline the year before that. You’re down 18% from when we started, bear in mind all the numbers you’ve been looking at since AEW started and for everybody, the numbers are 18% less people in the world. Judge against the curve, that’s an important thing people don’t talk about and it’s also cool that Dynamite in that time has held up so well and actually had growth while the universe has declined 18%.”

H/T to Wrestling Inc for transcribing the above quotes.